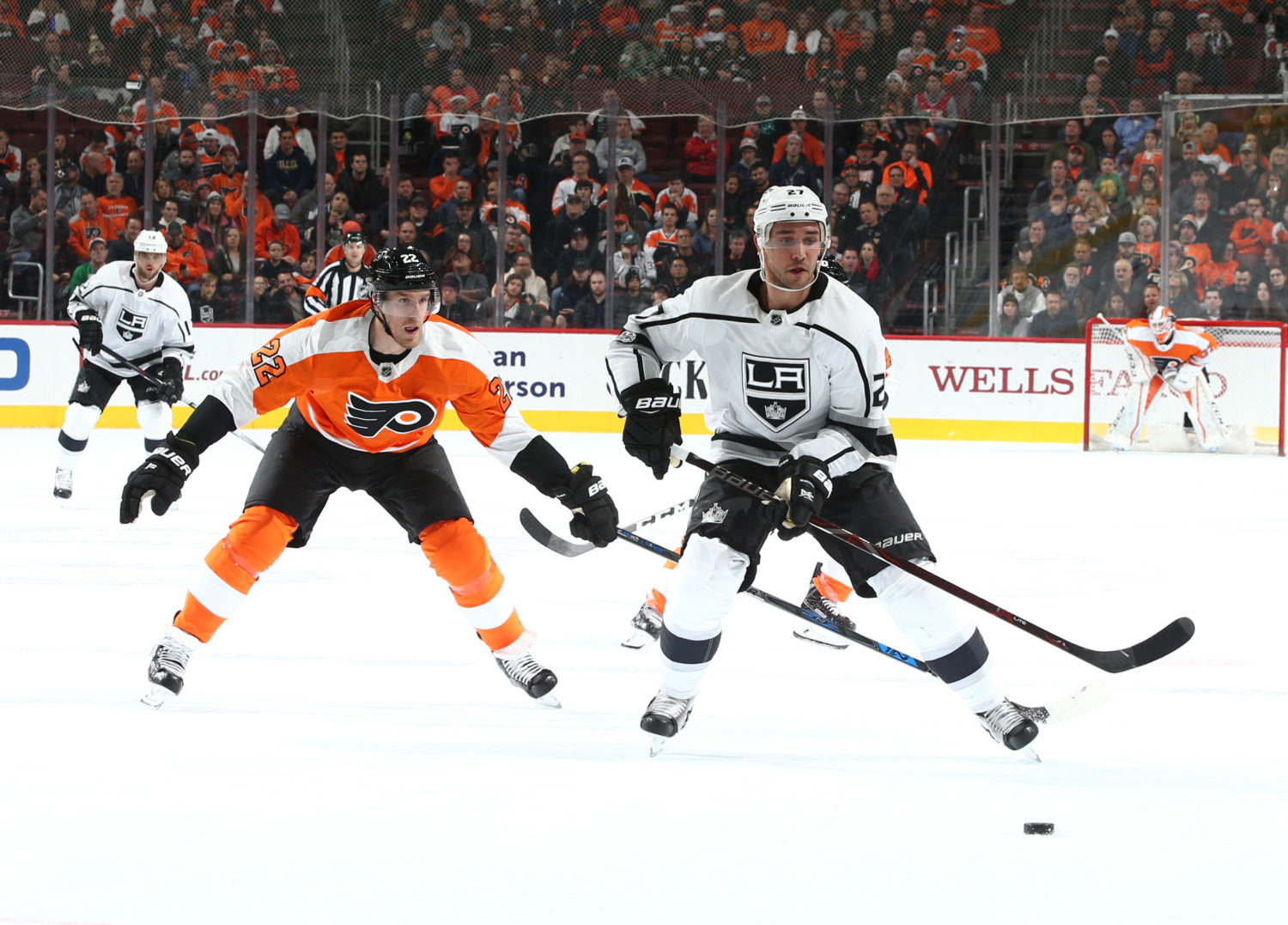 Alec Martinez, on getting a team-wide effort for the full 60 minutes:
We knew that we were matched up against a team that had won six in a row and we knew that we were going to need contributions from everyone in our lineup and you know, I think we did that tonight.

Martinez, on the penalty kill:
Special teams can generate momentum in a hockey game and PK is a really big part of that and that’s something that we’ve used this year. And I think past four or five games we’ve been giving up some PK goals and we weren’t happy with it. You know, even the one today, I think we had the right intentions with it. Doughty blocked that shot and I’ll take that play every day of the week. It just bounced right on his tape backdoor, so yes you’re right, that’s something that we take a big focus on.

Martinez, on breaking the losing streak:
Yeah, I mean we weren’t happy with the outcome of the three games prior on this road trip and that was one thing we just wanted to get two points before we headed home and I think we got a couple of games before Christmas so we just want to go in there playing Kings hockey and playing our team game. Like I said before, I think we got contributions up and down our lineup.

Martinez, on what he liked about the defensive play after losing Folin early in the game:
I think it’s just everyone, you know, everyone’s just got to dig in. It’s not just the five defensemen that are remaining but I think you’ve got to keep your shifts short, you’ve got to make plays, you’ve got to keep things simple. And we’ve got unbelievable goaltending again from Jonathan Quick and that’s a huge part of it too. But again, the forwards doing little things like getting the puck deep and getting pucks out so we can, as defensemen, change. Whenever you lose a guy in the middle of the game the whole team’s got to step up. And that’s what we did.

Martinez, on whether it was nice to get John Stevens the win:
Oh for sure. I think anytime you play one of your old clubs you have a little bit of extra want going into the game. But I mean, John has been unbelievable for us and you know, he’s come in here and stepped in and provided an environment and encourages an environment that’s very positive. He’s been awesome for us this year.

Adrian Kempe, on the positive takeaways from the game:
I think we had a good start. I think first, second period was really good. Obviously we took too many penalties tonight, but the PK did a really good job. I think five-on-five we played well and we bounced back from the last few losses we had. So that was good.

Kempe, on not giving up much offensively and on getting contributions from the defensemen:

Yeah, I mean mostly what they had was on the power play. And obviously we took too many penalties. As I said, the goalie and our PK did a good job and I mean, we played a good defensive game on the five-on-five. I think we had a good 60 minutes.

Kempe, on whether it’s harder for Stevens to get on him for taking a penalty when he scores after coming out of the box:
Yeah, I mean, maybe a little bit. It was a good opportunity. And I haven’t scored in awhile so it was a good feeling.

Kempe, on whether he let Brown know he was coming up from behind:
Yeah. I think he saw me right when I came on too, but I talked to him to let him know I was there and took away that d-man, so it was good.

Kempe, on getting the two points after three consecutive losses:
Yeah that’s good, that’s the other thing, we bounced back after the last couple of games. We came in here looking for two points and we got it so I mean, I think everyone is happy with that.

Kempe, on whether he gets any practice at shooting between players’ legs:
I don’t want to practice this too much on my own guys trying to shoot between the legs—if you hit the d-man’s foot or something like that. But I saw the goalie was cheating a little bit far side, if I looked for the pads it was open and it was a good opening between the legs.

Kempe, on three of the four Kings’ goals being scored on Elliott’s glove-side:
Yeah I mean, as I said, we were three guys coming there and I thought he was cheating a little bit far side–that he was looking for a pass because we had a couple guys coming back– so I think, I mean it was a little bit of an open spot there on the glove-side and that’s what I tried to aim for.