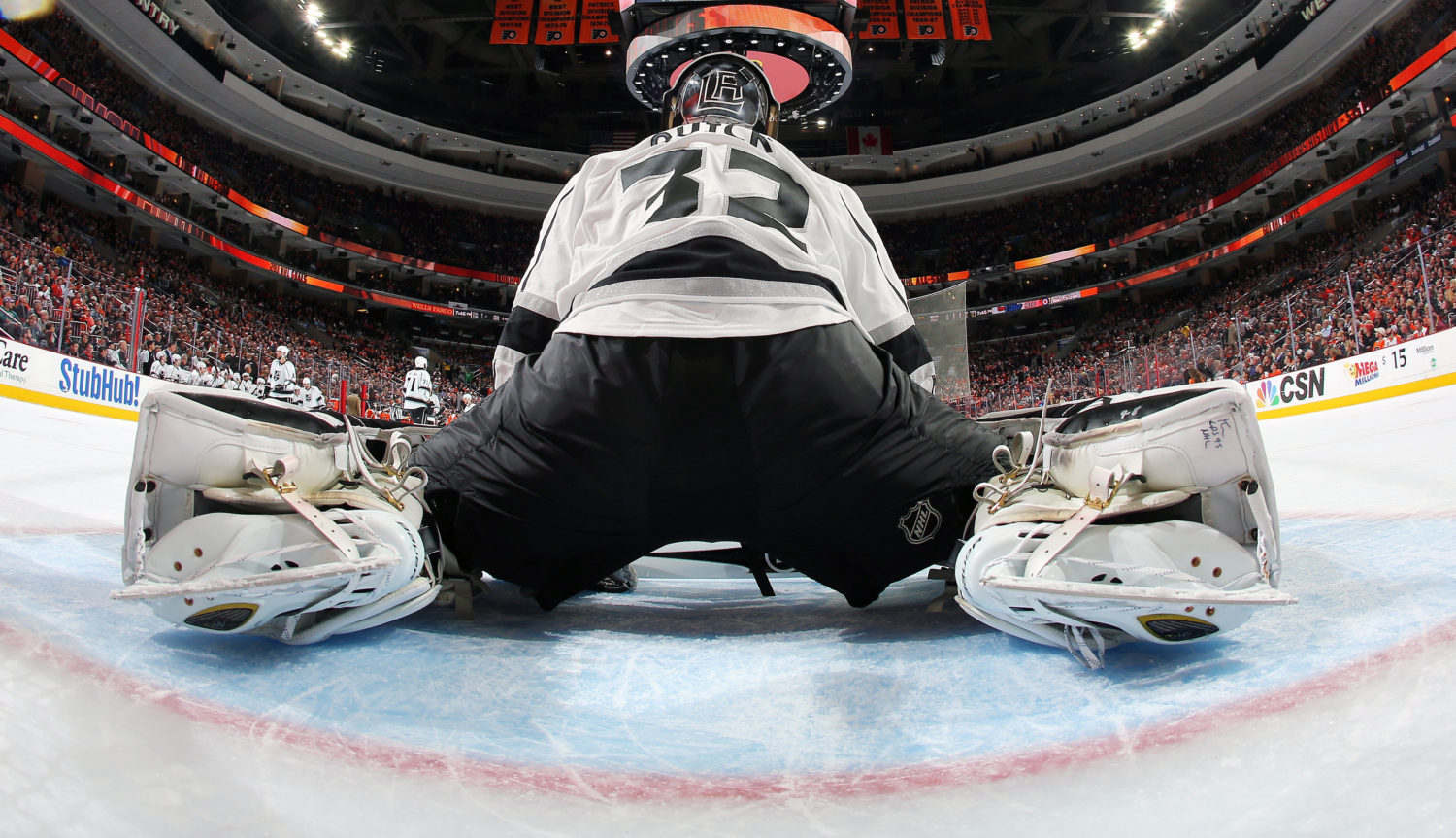 On what he’d like to see to end the road trip on a positive note:
We’ve got to get two points. That’s the bottom line, right? It’s the end of a segment for us. Coming on the road and gave ourselves a chance to get points in the last two games. We got one, which is not enough. But Philadelphia is playing well. I think if you looked at their record, they had lost 10 in a row, but five of those games were in overtime. I think they’ve really committed themselves to keeping the puck out of their net, really focused on defense. They don’t give up a lot five-on-five, and I think their special teams, I think their power play is always dangerous, and I think even though the penalty kill numbers haven’t been great, I think they’re extremely aggressive, so we’ve got to be ready for all that. We just need a real good sound team game ourselves.

On getting some power play work in this morning:
Yeah, we’ve change some things around a little bit in terms of personnel, so we just wanted to get some reps in there with a little resistance. The power play hasn’t really produced in the road, but we think its coming, so we just want to get some touches and hopefully have it sharp going into tonight.

On whether entries and/or shots on net could be improved on the power play:
It’s funny with your power play – sometimes it comes and it goes like your golf game. Sometimes you get in the zone really well, but you don’t execute in the zone, and sometimes you have trouble getting in the zone, so ideally it starts from faceoffs. If you can win faceoffs or get pucks recovered from faceoffs it allows zone time. They’re a little different. They play that trap down recover style with their forwards so they really put pressure on the puck, but I’d like to see them simple and more volume, just have more of a shot mentality where you get pucks going to the net and get our numbers to the net, more of a simple concept.

On whether there would be “any extra gratification” in beating the Flyers tonight:
That question came up yesterday. To be honest with you, we’re just looking at Philadelphia as a tough opponent. The team’s playing well right now. If anything, I’ve got a lot of respect and fond ties on my time here. It sounds odd, but my kids, this is home for them, so for them, it’s like coming home. It’s just more about the familiarity with the people here. Philadelphia is a great memory for my family. We’ve spent a lot of time in the area, but the bottom line, it’s trying to get a win on the road against a team that’s playing well right now. [Reporter: You still have your place in-] Sea Isle. Yep, you bet.

On whether Jonny Brodzinski and Andy Andreoff might get a look tonight:
Every situation, we’re just going to evaluate performance and health. So those guys are both healthy guys, they’ve both given us some quality time, but we’ll make a game-time decision on who goes in and who goes out. But they’re certainly available.

On why Dustin Brown has been able to handle a wider workload this season:
I think Brownie’s always handled it. If you look at the course of his career, he’s been an all-situations player, he’s been a very effective penalty killer, he’s been a really good net-front guy on the power play. I think Brownie’s just redefined his game, and I think any good player has an identity, and I think Brownie just really reminded himself of what his identity is. Came in ready to go, and just performed very well from the start of training camp. His attitude’s been great, and he’s come in in really good physical condition and he’s performed well from Day One, so we haven’t seen any reason to not keeping him and Kopi together. We’ve done a little bit in game, but they like playing together, they complement each other well, they’ve had a lot of success before in the past, and he’s still a good player. Even though he’s approaching 1,000, he’s still a young man. He’s in his early 30’s. We still think he’s got lots left. [Reporter: he’s part of your leadership group. Is he still playing a vital role in the room, whether it’s dealing with younger guys or in-game stuff?] I think he’s a very important guy on your hockey team. He’s well respected by everybody. Guys his age, guys younger, guys older. If you talk to the players, which we have, individually, you come away knowing just how important he is and well respected he is in the locker room. He’s not necessarily a rah-rah guy, but he’s very quietly effective leader in all corners of the room.