Waking up with the Kings: December 16 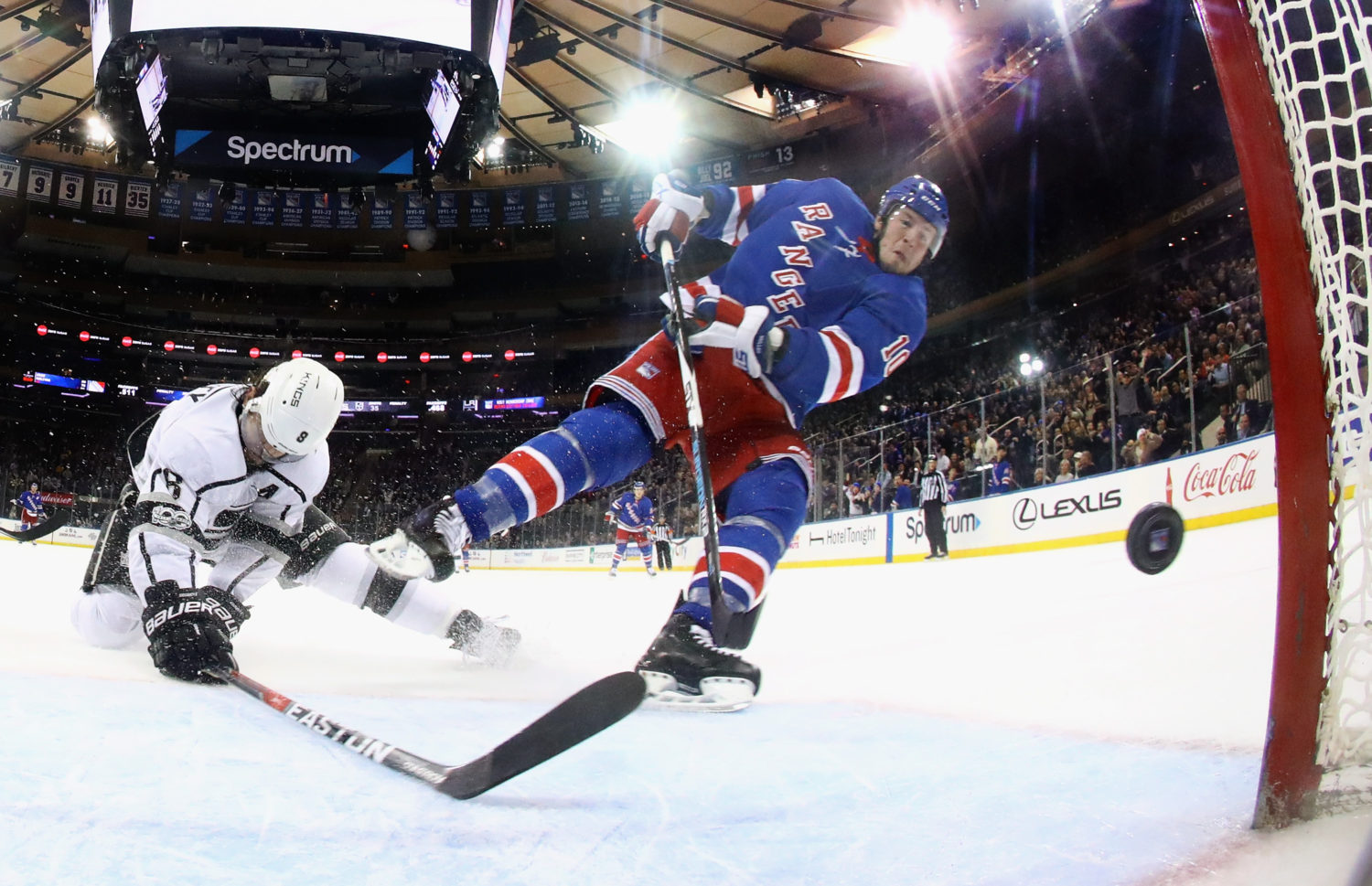 The Los Angeles Kings’ 4-2 loss to the New York Rangers on Friday night was an even game that served an effective reaction from the visitors after a Tuesday night to forget in New Jersey, but it wasn’t a win. It was essentially a toss-up in which the run of play didn’t necessarily produce an expected outcome. Both teams would probably be content with their first periods, but even though Los Angeles was able to generate fine chances in the offensive end, it was New York that struck first, marking the fourth straight game Los Angeles’ previously airtight penalty kill yielded a power play goal. The Rangers had an opportunity to double their lead in the second period when a rebound popped out towards Mats Zuccarello, whose stick was tied up by Jake Muzzin in an important defensive zone wash. In the other direction, moments later, Marian Gaborik sprung loose in a burst of speed and used a quick release to beat Henrik Lundqvist five-hole with a shot that ascended roughly a foot off the ice. With the score tied later in the period, Lundqvist denied Drew Doughty from the top of the right circle and Gaborik generated two follow-up high-grade rebound bids that were turned away before a defensive miscue – more on that in a moment – produced a clear path to the net for Kevin Hayes, which he took advantage of on a two-on-one. Los Angeles out-shot New York 13-8 in the third period and had the better offensive zone time, but Rick Nash made a strong defensive play to take the puck from Christian Folin in the neutral zone, leading to the late game-winner. All around, it was a solid defensive performance from the Rangers, who banked on 15 different shot blockers and limited the number of pucks the Kings were able to get towards the net from the perimeter. That the empty-netter was scored after Doughty’s attempt from distance was blocked into the neutral zone seemed to be an appropriate end to a game that was evenly played but separated by a New York defensive effort that had a greater impact. 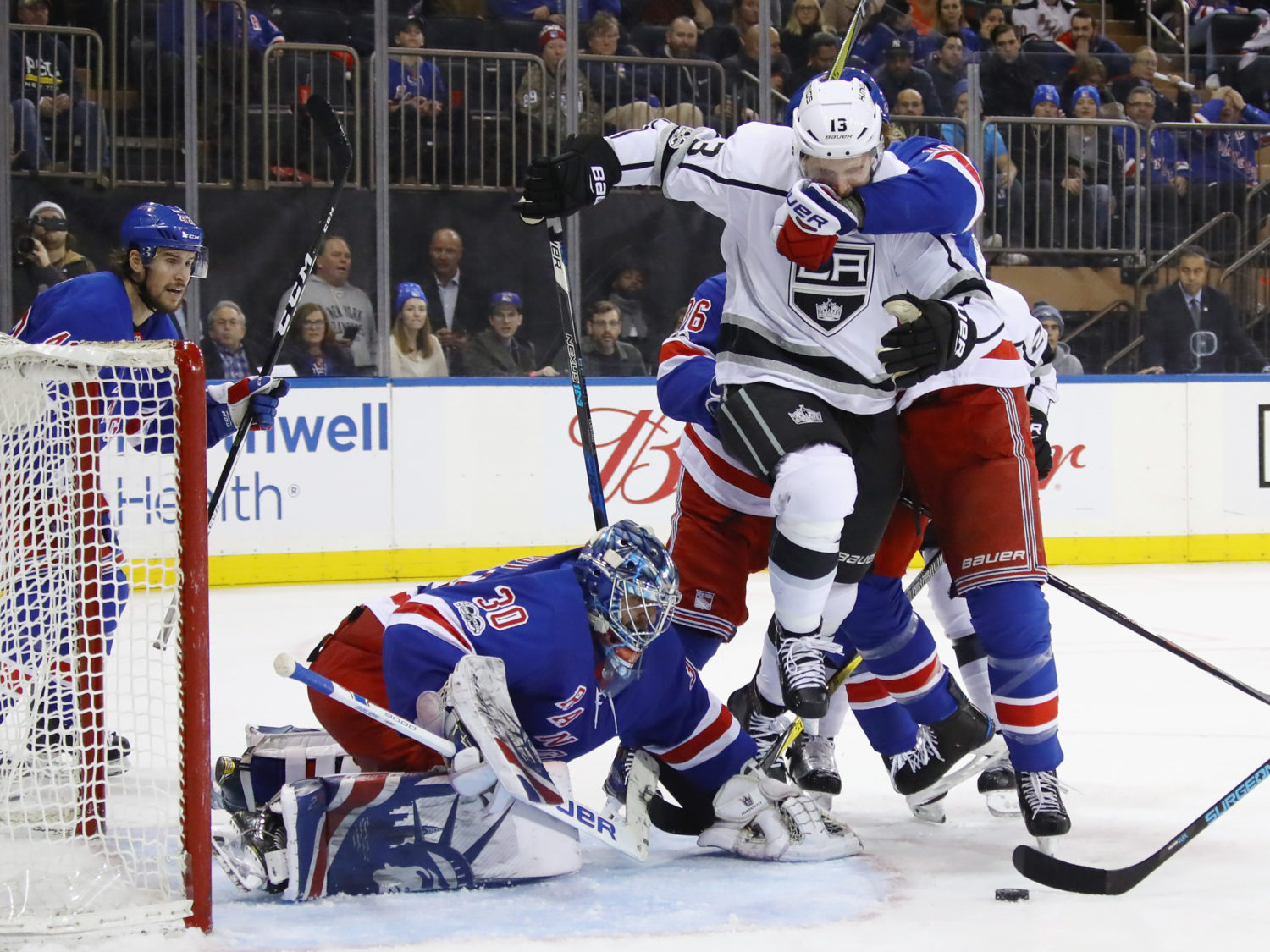 It’s also beginning to take shape that the Kings could use some reinforcement defensively and would be pressed into a precarious situation were Doughty, Jake Muzzin, Derek Forbort or Alec Martinez to be felled by injury. Reinforcement from Ontario – see: Paul LaDue and Kevin Gravel – might add interesting youth to the mix but would essentially replace a sixth or seventh defenseman with a sixth or seventh defenseman. There’s not really a revolving door in the defensive depth at the moment – Kurtis MacDermid has played eight games in a row, while Folin, who has mostly been effective in his minutes, has played six in a row, and Fantenberg has sat for the last six – but, instead, that none of the three has firmly provided well-above-replacement value minutes, and in the case of last night, MacDermid offered some indications towards his limitations in mobility. (The team was very happy with MacDermid’s training camp, and he provides physicality and toughness few in the league can match.) Nash, who stepped around him in the first period to fire off a quality chance, will make even top-flight defensemen look silly at times, but MacDermid also traveled a long way to converge with Dustin Brown to make a hit on Ryan McDonagh, freeing up Hayes for the two-on-one look. This isn’t a dire situation; the team has been satisfied with Folin, whose mistake last night doesn’t erase 23 and nine-tenths games of hard minutes. Los Angeles also leads the league with an average goals-against of 2.33, though that’s largely a reflection of how well their goalies have played. Based on correspondence, the team isn’t at this moment pursuing options outside of the organization through a trade, and is still using the first half of the season to get the most accurate sense of where they’re at defensively and across their entire roster. 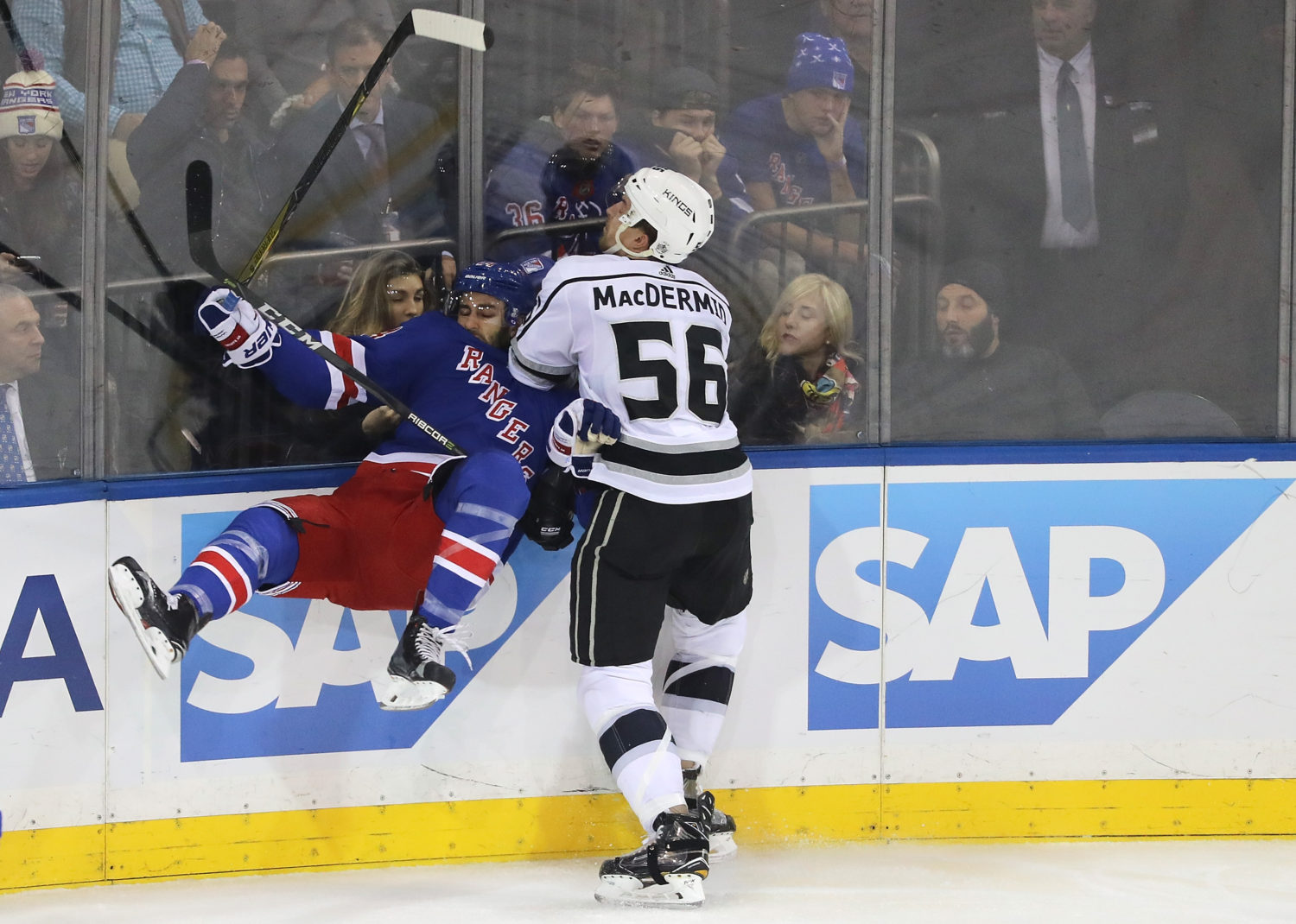 Stick taps and congratulations all around to Marian Gaborik, a friendly, soft-spoken, sensitive and well-admired forward who has also been one of the fastest and highly skilled pure goal scorers of his generation. It’s disappointing that the Kings weren’t able to punctuate his 1,000th game with a win, but if there are any lasting memories I’ll carry of his career with the organization to-date, it’s how you couldn’t wipe a smile off his face in the aftermath of the 2014 Stanley Cup. He has made large sums of money and has enjoyed a distinguished lifestyle, but apart from the individual accolades and personal highs, there is readily available evidence that he is an outstanding teammate, and to see how seamlessly he fit in the 2014 run, and how his presence helped catalyze a marathon championship experience is, to this point, the high-water mark of his career. The Kings wouldn’t have gotten through Anaheim, and probably not Chicago either, without his explosive and timely goal scoring. He so thoroughly earned that ear-to-ear smile, which seemed as if it didn’t disappear for weeks in the aftermath of Alec Martinez’s Cup-clinching goal. 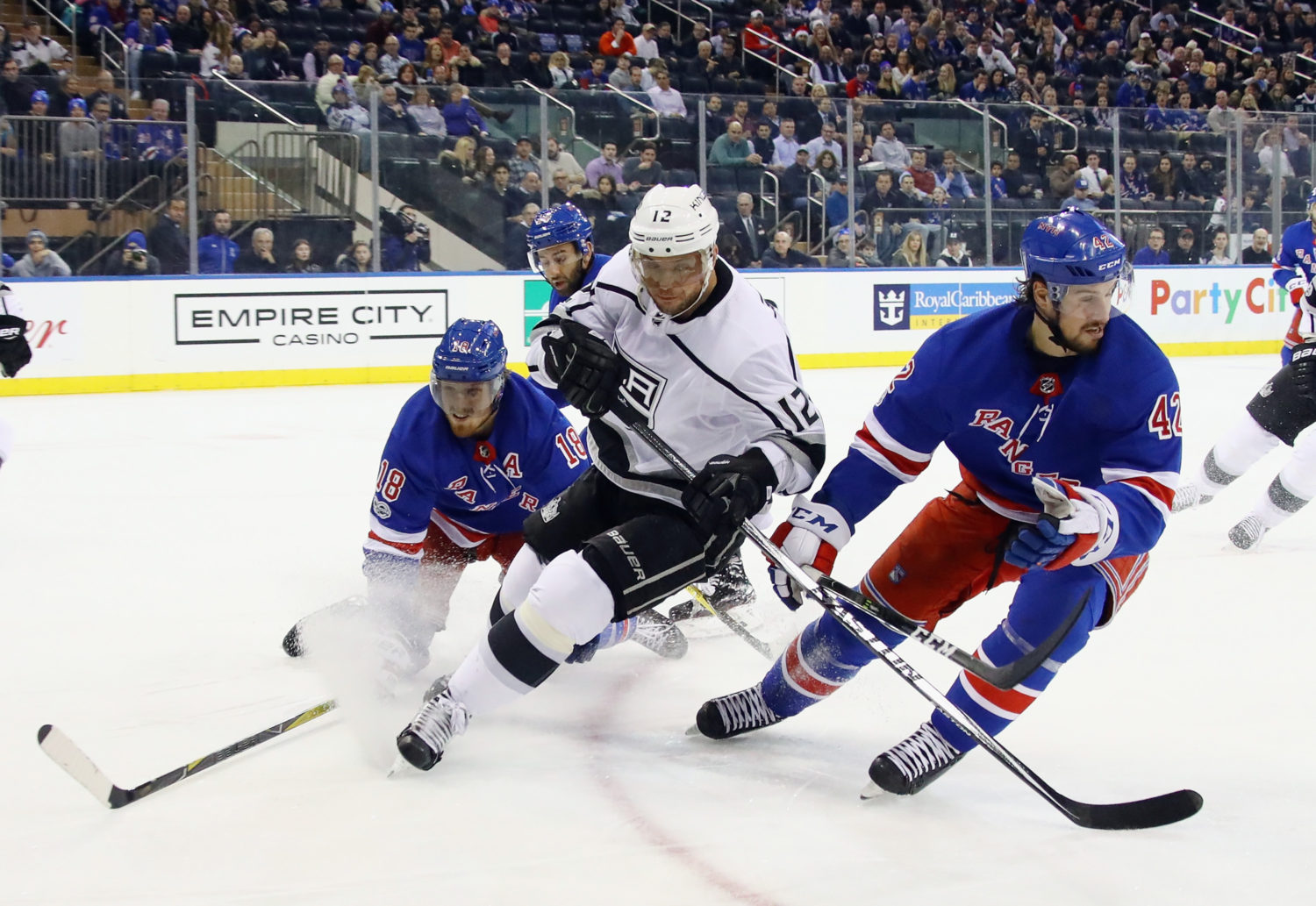