How often do coaches yell at a team? (Plus, looking at the Isles’ deep offense) 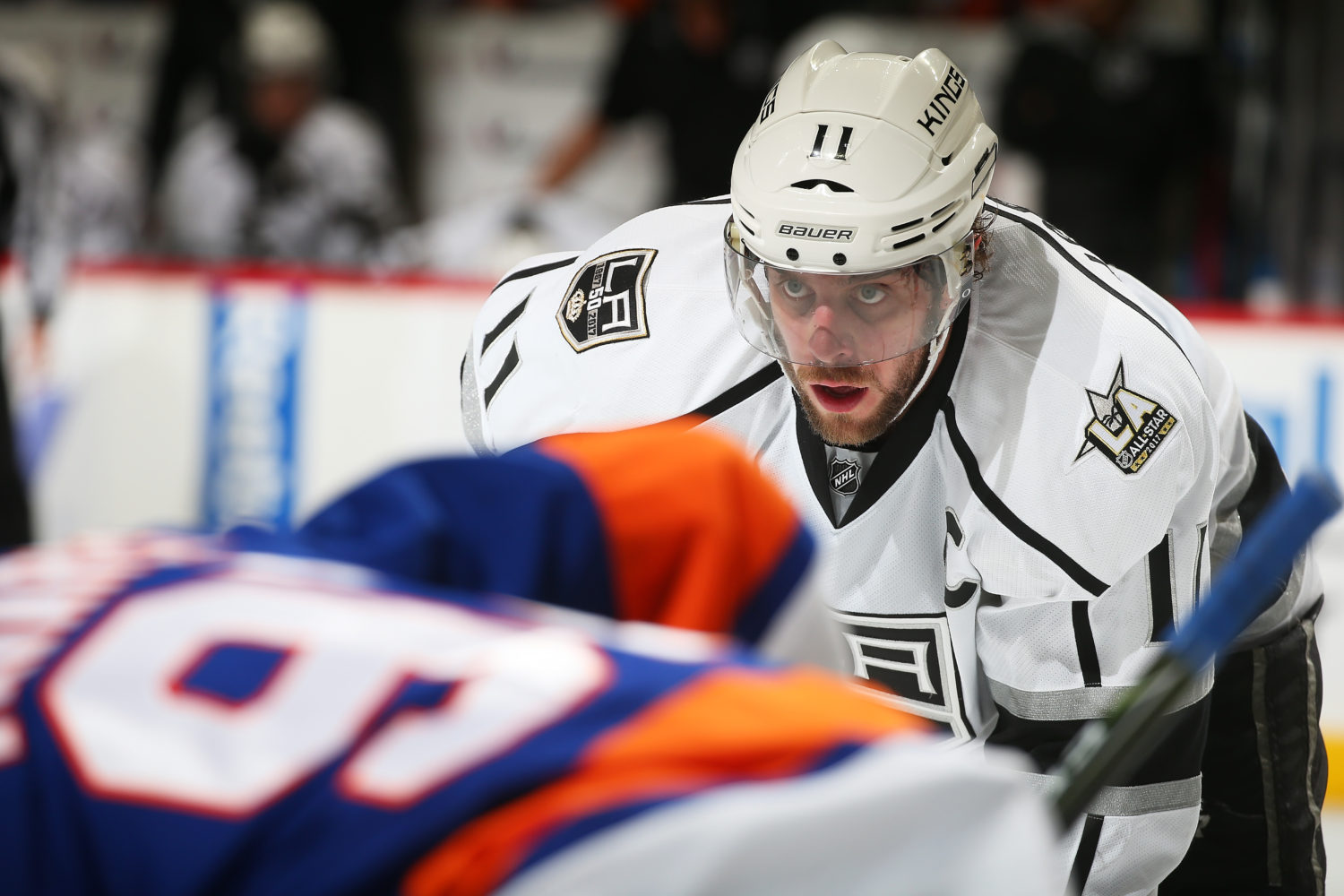 Midway through a conversation with Anze Kopitar at the Kings’ hotel Saturday afternoon, the question was asked how often a hockey coach might blow his gasket over the course of a season.

“Well, it varies,” Kopitar said, a sly grin creeping across his face as he dropped innuendos towards his previous coach’s approach.

With Los Angeles, he has experience playing for Marc Crawford, Terry Murray, Darryl Sutter and John Stevens. It isn’t hard to separate the yellers from those with a less pointedly direct means of reaching their players.

“I mean, well, I’ve had it growing up when my dad was coaching me,” Kopitar said. “He’s more on the side where he’ll snap more often than not, so he starts yelling. He kicked an object a few times in his career.”

But even as the Kings sturdy season to date has teetered on several extended winning and losing stretches, Stevens hasn’t given any indications that he’s blown up at his players or channeled his frustration into hurling inanimate objects. That the team is in first place with a 20-10-3 record has something to do with this, as does Stevens’ well-prepared, thoughtful composure exuded in conversations with the media.

“He hasn’t even snapped yet, so I think we’re all waiting for that. At some point, it is going to happen,” Kopitar said. “But yeah, he’s an even-keel guy. In all honesty, I don’t think you have to really snap to get your message across and I think John does a really good job of that where he comes in the room and sometimes he is mad and pissed off, but he still composes himself and really gets the messages across that he wants. And we certainly listen and understand it’s … that we’ve got to play better.”

How much does a typical coach snap over the course of the season?

“You guys can see the difference between Johnny and Darryl, and it varies from the guy. I mean Terry Murray, I don’t remember him snapping too often. You know Mark Crawford before him, he snapped a few times,” Kopitar said.

It’s an interesting topic, but not one particularly applicable to recent events. The Kings had won eight straight before their losses to the Devils and Rangers, and even in defeat produced a fine effort at Madison Square Garden on Friday night. At this point, it doesn’t align symmetrically with the team’s challenges in early November.

“I mean, I think in the previous streak we almost got too guilty of getting down on ourselves,” Kopitar said. “And I think sometimes that you don’t feel comfortable or as confident on the ice that you should. You know, play the swagger that we did before that. So right now, you’re trying to stay as even-keel as you possibly can. You can’t get too high, too low. And yes, to your question, obviously you want to stop the bleeding as quick as you can and sometimes the best thing is just to get right back at it so you don’t have to think about it too much. So, I think tonight will be a good indicator. I think we got in last night at a decent hour, we got a nice meeting right now, and a bit of a stretch and we’ll be ready to rock tonight.”

But it’s not just John Tavares (18-19=37), Anders Lee (19-14=33), Josh Bailey (8-30=38), Matthew Barzal (8-20=28) and the rest of the high-octane forwards that steer a diverse offensive group. It’s becoming redundant with the number of times it has been noted on this site, but the Isles’ fourth line has been among the most effective in hockey over the last four or five seasons, even after Matt Martin’s departure.

“Yeah, they’ve got a deep team up front and we’ve got to be prepared for that,” Kyle Clifford said. “I think that’s just the way the new NHL’s going. Every team’s got four lines they can play so you know, our four lines can be prepared to play too.”

Players such as Casey Cizikas (5-5=10) and Cal Clutterbuck (4-6=10) provide deep options offensively and are capable of creating opportunities off of heavy and effective forechecking.

“They just play the game their way,” Clifford said. “They play hard, they play simple, and I think they think the game really well. So, we know they’re not going to give up a lot, but it’s going to be a dog-fight yet. “

As it is with virtually any game, the team that implements their own style of play to a greater degree and minimizes mistakes will put itself in position to win.

“Obviously their top two lines are very good high scoring lines, so you want to pay attention to that a little bit,” Kopitar said. “But, at the same time, you just try to put the stamp on this game with the LA Kings identity. You know, we’ve got to come out and play our game and first and foremost worry about us and we’ll see what happens.”

And though they lost to the Rangers, the Kings essentially did that last night. Their effort was good, they produced one of their better forechecking efforts of the season and played with an excellent pace. It was several defensive miscues that ultimately cost them the opportunity to get the game to overtime.

“I think our first period was strong,” Kopitar said. “We gave up a few chances, but I think we created a lot more than we did obviously in Jersey. But even in the second and third we were going and we were right there and then you know, there were some costly mistakes we’ve got to eliminate.”

Clifford, who played his second game after missing 28 with an upper-body injury, continued to get his legs underneath him. He’ll be part of a group counted that will be counted on to sustain the team-wide effort that has raised the greater-than-the-sum-of-its-parts performance during Los Angeles’ winning ways in the continued absence of Jeff Carter.

“I thought last game, on a personal level, I felt really better,” he said. “And I thought we had a really good team game, really structured and our forecheck did well. I think we just need to execute and get that final goal there. I think that would’ve been the difference.”