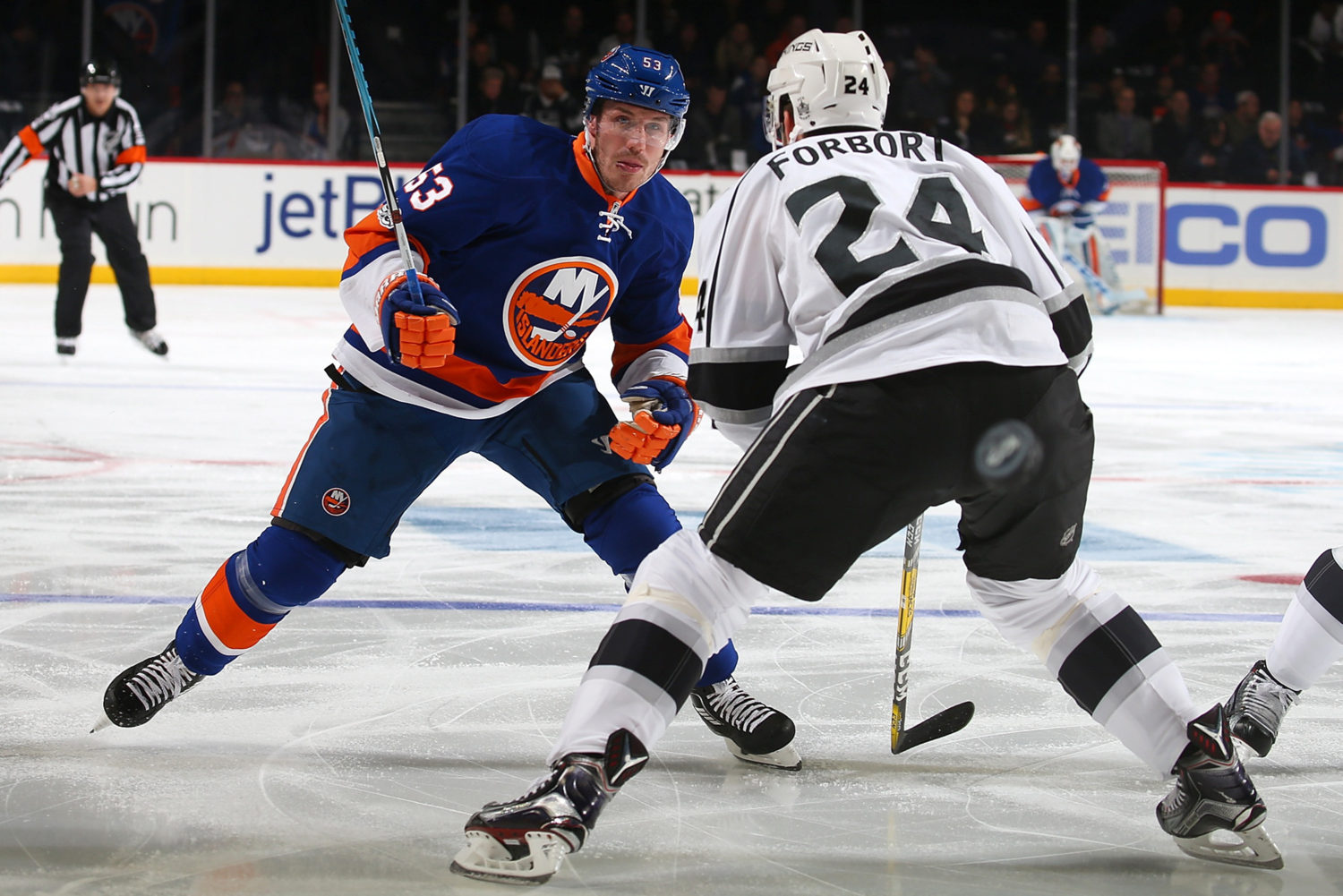 On Kyle Clifford’s first two games back:
I think he’s been good. I think he’s really allowed the forecheck to get established, he gets in on top of pucks, he gets a lot of stops, he’s got just a really sound team game. We put him back with Shore and Lewie last night. That line’s been solid for us, really responsible. They seem to spend a lot of time in the offensive zone. I think the challenge with him is to stay there. Players that are hurt, they’re ready to come back, they’re mentally prepared to come back, and then when you get into the course of playing several games in a week, it’s just a matter of getting reset. I don’t worry about Cliffy when it comes to that, because he’s a guy that’s all-in all the time, so I think he’s been a welcome addition back in our lineup.

On whether too much is made of a player getting back to speed after being out for an extended period:
There can be. I mean, if you look at the guys we’re referencing for us lately, it’s been Gaborik and Clifford. Gabby came back and played probably his two best games out of the gate. It’s not easy for a guy to jump in mid-season when the pace of the play is as high as it is, but I think all teams do a good job making sure one, that they’re medically cleared, that they physically rehabbed themselves and they get enough touches on the ice and conditioning in terms of on-ice situations that they get their timing back so they’re ready to play. So, it’s not as if it’s training camp and you’re wading into those situations. They pushed hard prior to returning to play so that they’re ready to go.

On whether there will be any lineup changes:
You know what, there may be, but I’ll be honest with you, there’ll be some game time decisions here.

On whether the Kings will look to take advantage early of the Islanders’ challenges in allowing goals:
I think the bigger issue with the Islanders is they make a habit of putting the puck in the net. We’ve got to make sure we’re ready to go. I think they’re a good hockey team. I think they play fast, I think they’ve got some dynamic players on their team. I think Tavares is well-known, but I think Barzal … has become a star in a hurry and has changed the whole dynamic of that hockey team. You look at some guys that play hard, and theoir defense has got some mobility and size. We look at what they’re capable of, and there’s lots of times this year they look like a really sound hockey team, and that’s what we’re going to expect tonight.

On whether he liked the line combinations against the Rangers:
You know what? We did for the most part. We moved some guys around a little bit, but I thought it gave us some continuity, it gave us some good momentum in the games. We could play all four lines, and I thought we got good momentum in different ways from all the lines. We weren’t not happy with the setup of the lines yesterday.

On an “active” Adrian Kempe, and whether he liked his line’s performance:
That line was good. I mean, they’ve been real responsible without the puck, which is encouraging, but they were just a bit off last night. They had a lot of situations that almost happened, and we’d just like to see them execute in those situations. They’ve got a lot of looks where the puck looked like there were going to be good opportunities and never materialized, but in terms of the way they were skating, moving the puck, the energy they played with, it was positive.