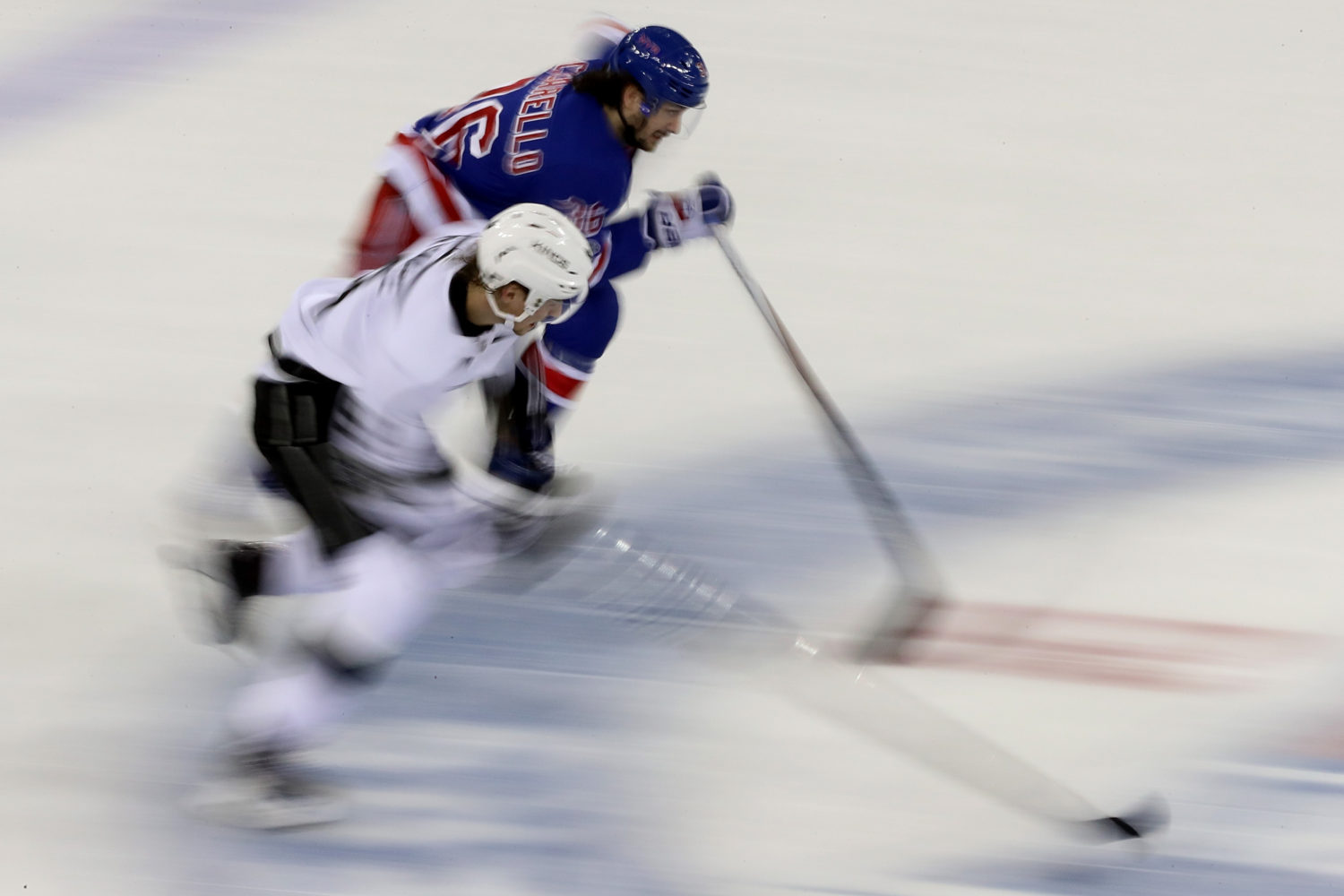 On the loss:
I thought we played well. I thought we had a really good start to the hockey game. We had good jump. The forecheck was effective for us. We gave up a goal on a wrister from the point on a PK goal, gave up a goal on a faceoff coverage in the offensive zone, and gave up a turnover there late in the game. We should be in a position to get points. We played a lot better, but some of I guess what we’d call unforced errors that end up costing you points.

On whether New York limited rebounds and boxed out well:
We sure thought there were quite a few rebounds there. We were trying to get a little better presence there, maybe layer ourselves a little better. They blocked a lot of shots tonight. They had a lot of pucks trajected towards the net that kind of shrank their coverage, and he plays deep in the net, so I think there are going to be rebounds. I would like to see us come up with a few more rebounds, but they were a committed defensive team tonight, and it showed.

On Rick Nash’s game-winning goal:
It’s a good defensive play. We still need to make the play. I think right at the end of a line change, trying to get the puck up and in, and I think the intention to do the right thing is there, but he’s really become a really good 200-foot player. He was known earlier in his career as a great offensive player, but he really deserves a lot of credit. He plays hard at both ends of the rink, and it showed there.

On the challenge of playing a fast, up-tempo team like New York:
I think there are challenges every night. Their left side is big left wingers with lots of speed. They got quality centermen that are really responsible, and they’ve got a lot of what seems like skill and playmakers on the right side. But certainly the speed they pose with some size – Kreider’s a big guy that can skate, Nash, a big guy that can skate and Grabner’s one of the faster guys in the league. They have good speed, but their team game is sound and it prevailed tonight.