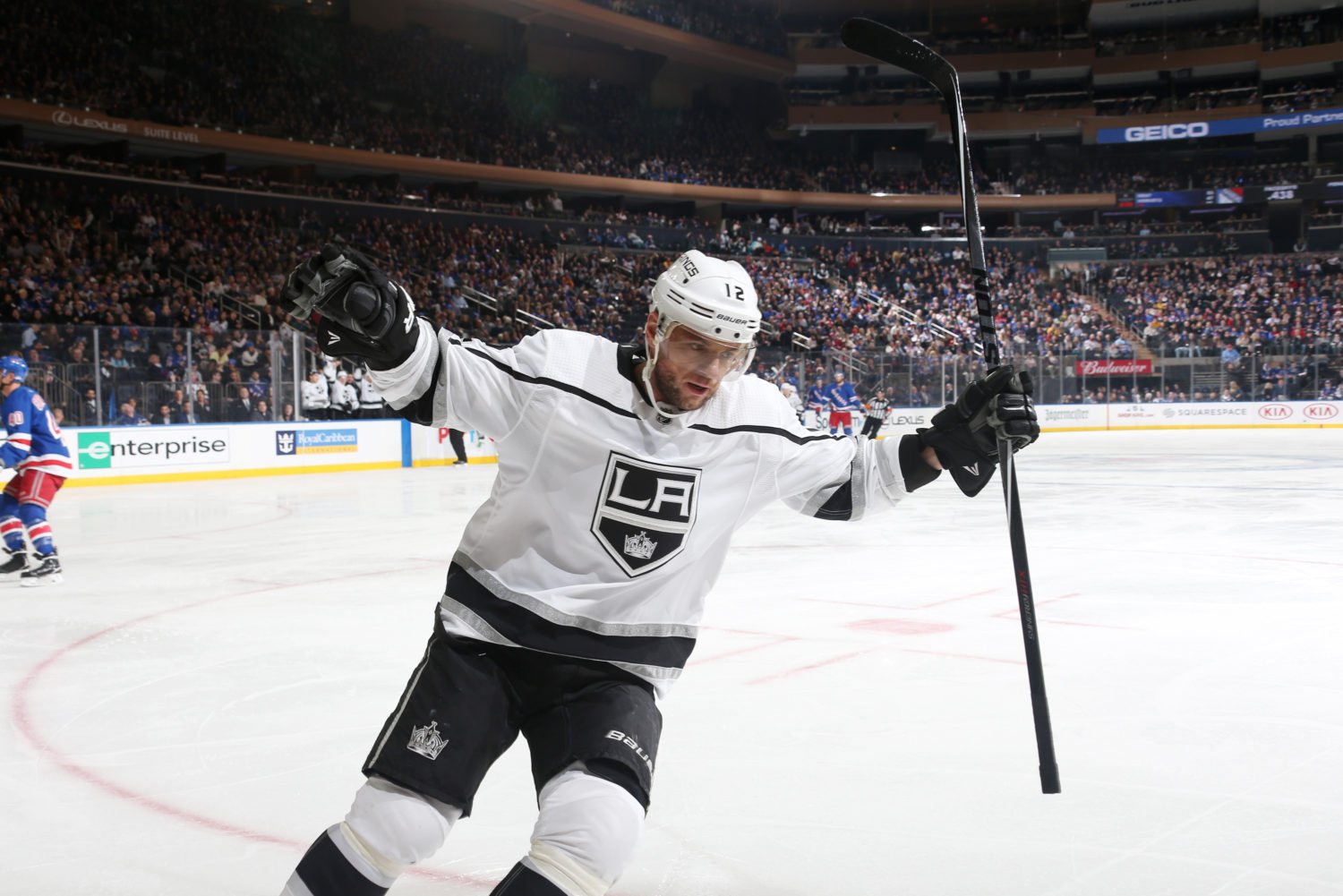 Marian Gaborik, on playing in his 1,000th game:
Well, I mean to play 1,000 games is definitely special. To play in the Garden where I played for almost four years, it’s obviously a great place to play. In the hockey game, I thought we had a pretty good game. You know, we outshot them. Too bad they scored the third goal late, but we had good enough chances to definitely get some points out of this game.

Gaborik, on the game not going the way the team wanted:
Yeah, obviously 1,000 games is a big milestone and we could’ve won this game, that’s for sure. But it went the other way and that’s unfortunate. So we have another one tomorrow and I think we can carry a lot of good things from tonight’s game to tomorrow’s game.

Gaborik, on the Rangers capitalizing on the Kings’ mistakes despite a solid team effort:
Yeah, I mean they’re a very talented team. When we made some turnovers, they’re a pretty quick team. They had some rushes down the road. Quickie made great saves out there. Obviously we could’ve helped him out a little bit more. It could’ve gone either way. We had lots of chances as well.

Gaborik, on how he felt during the game:
I felt pretty good. I mean, we had some jump on our line. Created some momentum, some forecheck. We had some chances, so like I said, we can carry a lot of good things to tomorrow’s game. Obviously the Islanders are on the top of the leaderboard in terms of scoring so we just have to play our game and not try to trade chances with them.

Christian Folin, on Rick Nash’s goal in the third period:
Yeah, I’ve just got to make a stronger play, that’s the bottom line. I take full responsibility–that’s why we lost today.

Folin, on not getting any points despite a good team performance:
It’s frustrating. I thought we deserved to go into overtime at least, and then they get that chance and they score right away and it’s tough. I let the team down a little bit, but there’s a new game tomorrow so there’s a chance to play again tomorrow.

Folin, on how Gaborik looked in his 1,000th NHL game:
Awesome. It was fun. Fun seeing him out there. He was flying. It was awesome. Really good for him and congrats to him. It’s a really big milestone.