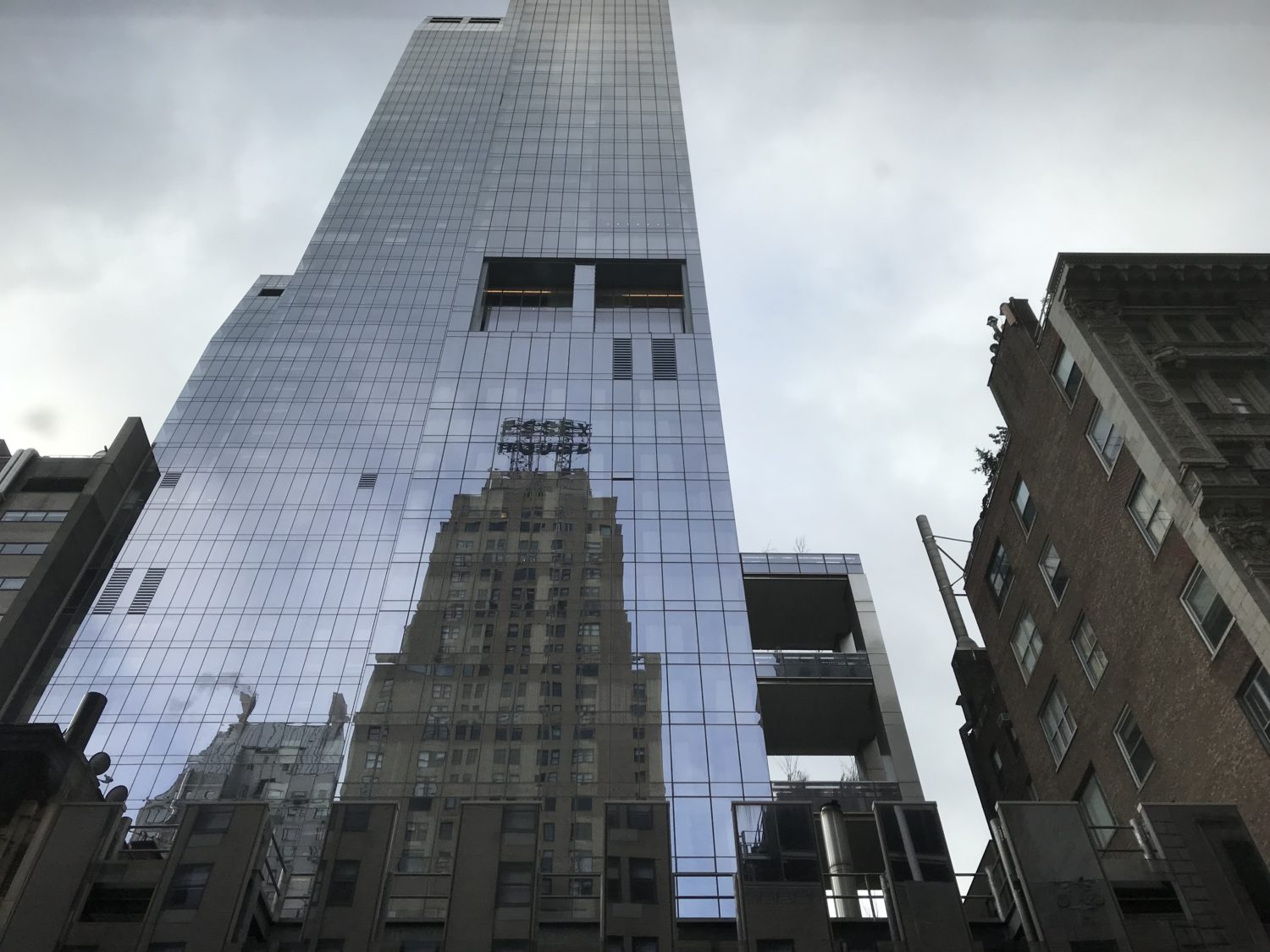 I love New York, but I’m not always in love with New York. There are a few parts of the greater Tri-State Area that, if the sun hits the pavement right, do feel like home. My dad is from White Plains, and Westchester County and Fairfield County, Connecticut, where so many of my relatives are from, is a beautiful enclave that my family visited roughly every summer until my sister and I started getting a bit “older.” That side of my family primarily supports the Mets, except for my dad, who idolized Mickey Mantle and has always been a fanatical Yankees fan.

Though my sister has lived in the East Village, and, later the West Village, ever since she graduated from college last decade – she’ll be at today’s practice! – I’d never really spent more than a week here or there in the city, up until the conclusion of my 2005 season as a broadcaster with the High Desert Mavericks. We were the “Southern Division Second Half Champions” in the Cal League that year, and this is a photo of Brian Steffek, Steve Chamberlain, Chris Coughlin and I doused in beer and celebrating the semi-important dirty banner that doesn’t actually get hoisted in the stadium. 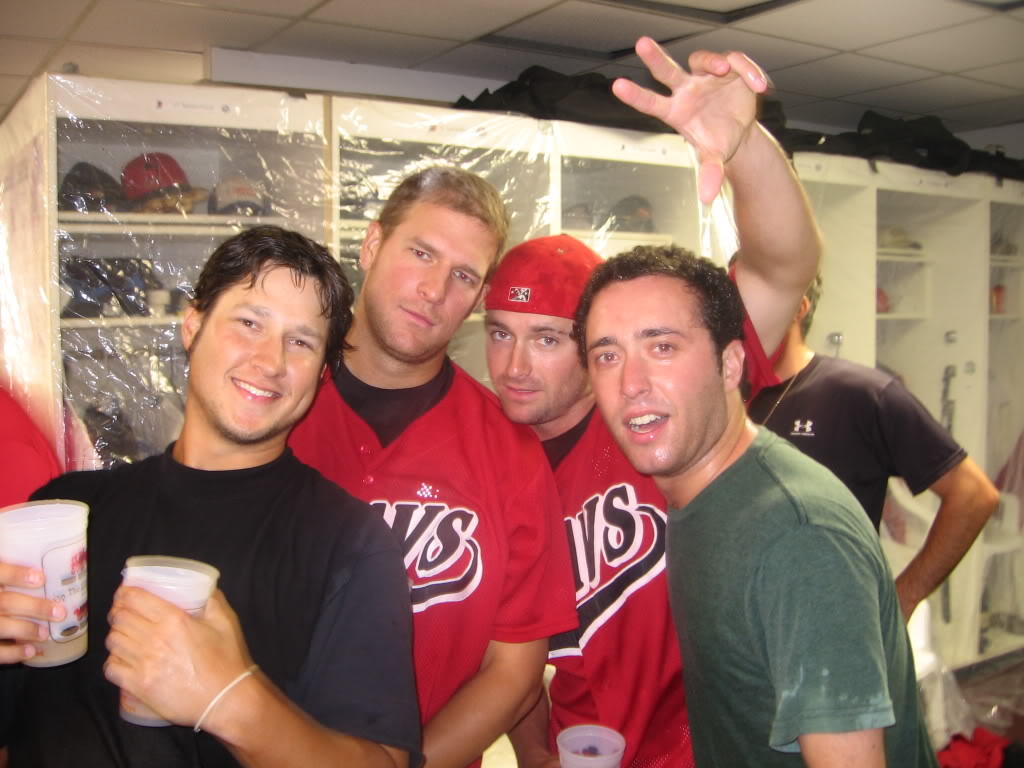 (In the best-of-three divisional series against Lancaster the following week, we took an 8-4 lead into the top of the ninth inning in the third game, but allowed the first four JetHawks at the plate to collectively hit for the cycle, and lost in extra innings. Minor League Baseball! I have some stories.)

But after spending five months in Adelanto, California, and not having a job lined up until the following baseball season – “going to Kings games” does not pay well, and actually costs money – I decided that if I was 24, and looking for part time work, I might as well do it in New York, where a friend sub-letted her apartment for a reasonable monthly cost that has probably quadrupled since. And, because New York was the polar opposite of the forgotten desert hamlet of Adelanto, and I had a number of friends who, like me, were semi-fresh out of college, this seemed like an I’d-Be-Stupid-Not-To-Do-This idea. My parents didn’t necessarily see it the same way, but there I was, on the Upper West Side, in late September, the absolute best time of the year to be in the city. The crowds and tourists were gone, the humidity had dissipated, and anyone who has spent the early, early fall in New York knows what I’m talking about.

Part-time work was just that, and I made it through early February before my funds ran low and I decided to return home. Maybe it wasn’t the greatest idea to spend money on Rangers tickets in Henrik’s rookie season; but, hey, maybe it was. There were no regrets from the decision, and I’m proud that for at least five and a half months of my life I actually lived in Manhattan. And, in the final days before I returned home, the East Coast was rocked by a massive blizzard that still stands – by one-tenth of one inch! – as the heaviest snowfall ever recorded in New York City.

I’m not sure if the timing was cathartic, or symbolic, or something even more flighty. It was just cool. I lived near the corner of 79th and Amsterdam on the Upper West Side, which meant that even in the snow, Central Park was only a five-minute walk away. Considering the team is practicing at Lasker Rink today (1:00 p.m. for those in the area), here are photos of the neighborhood, and a few of the Park, from 26.9 inches of snowfall, the highest total since records were first kept in 1869: 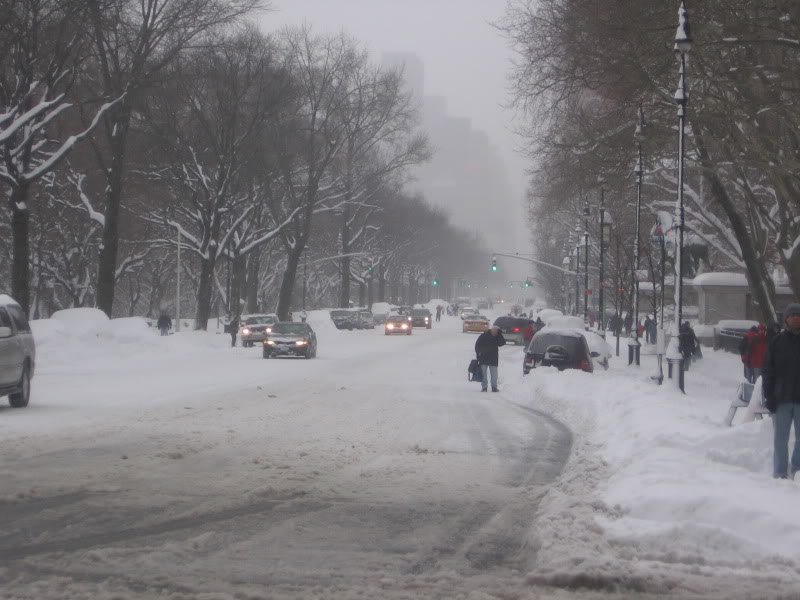 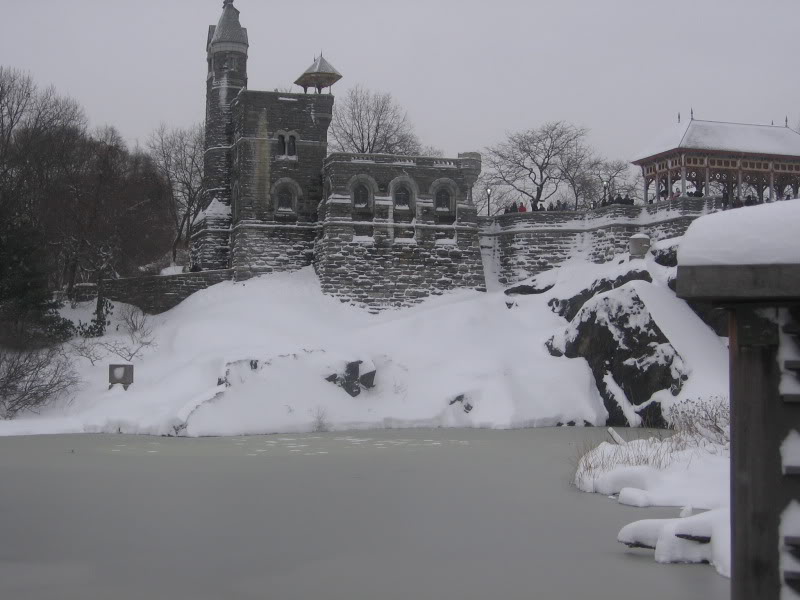 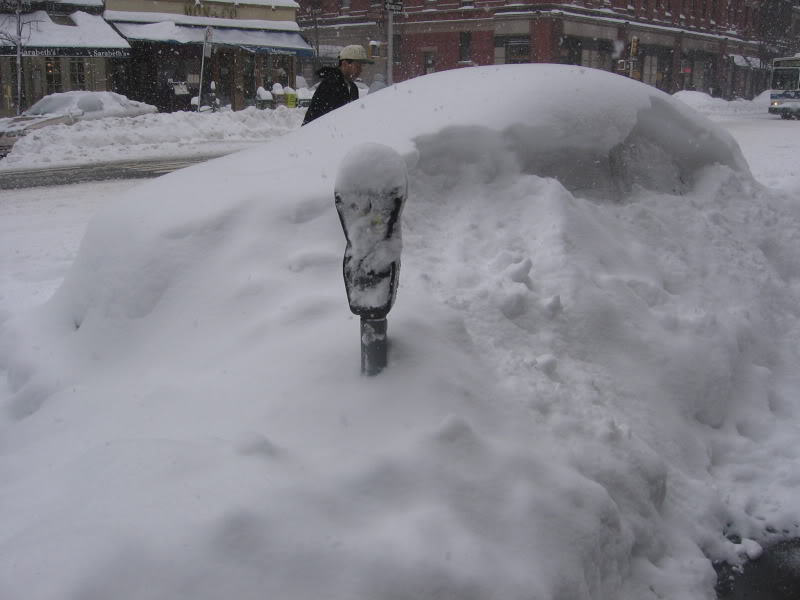 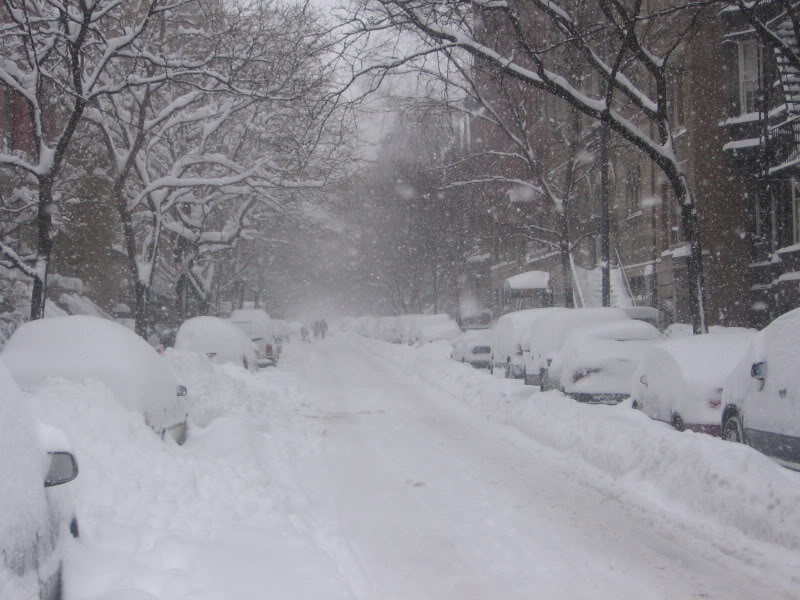 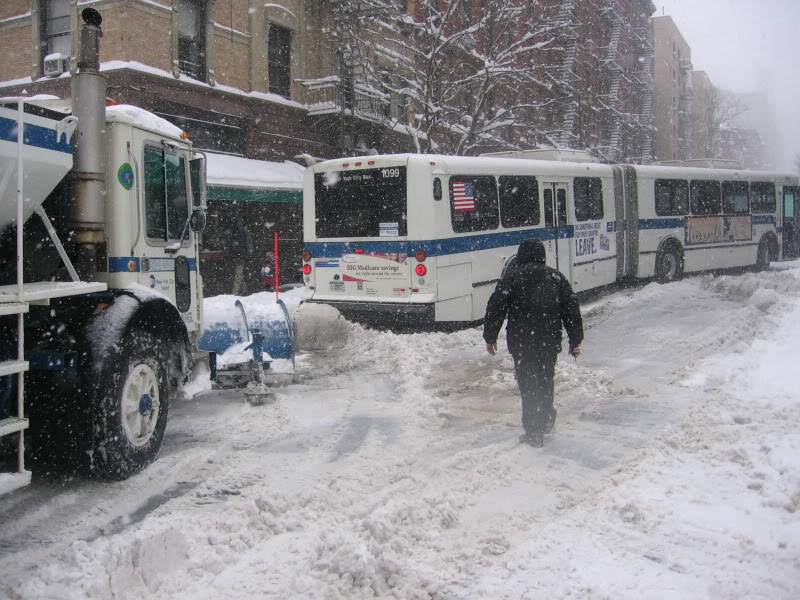 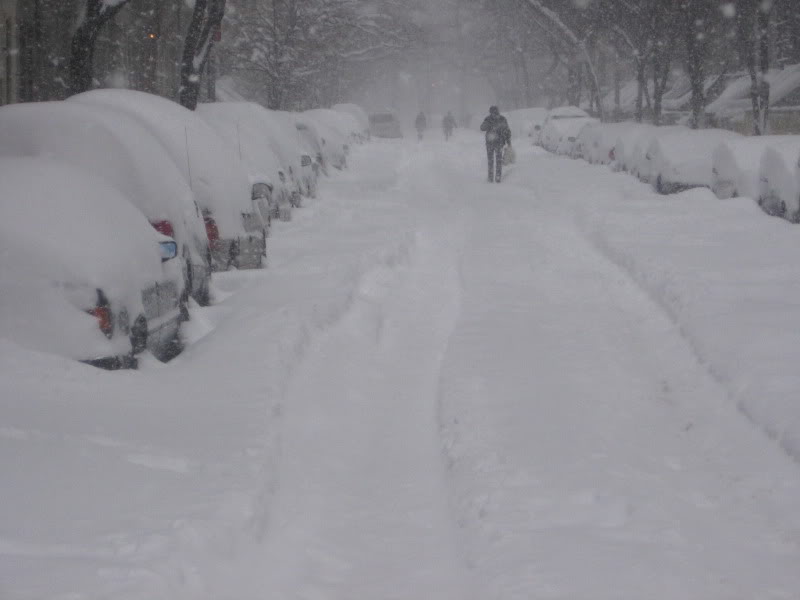 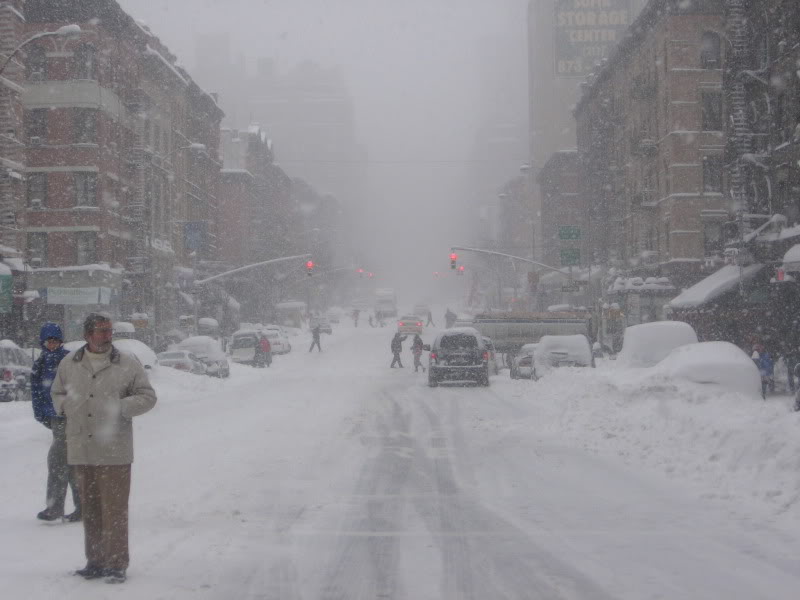 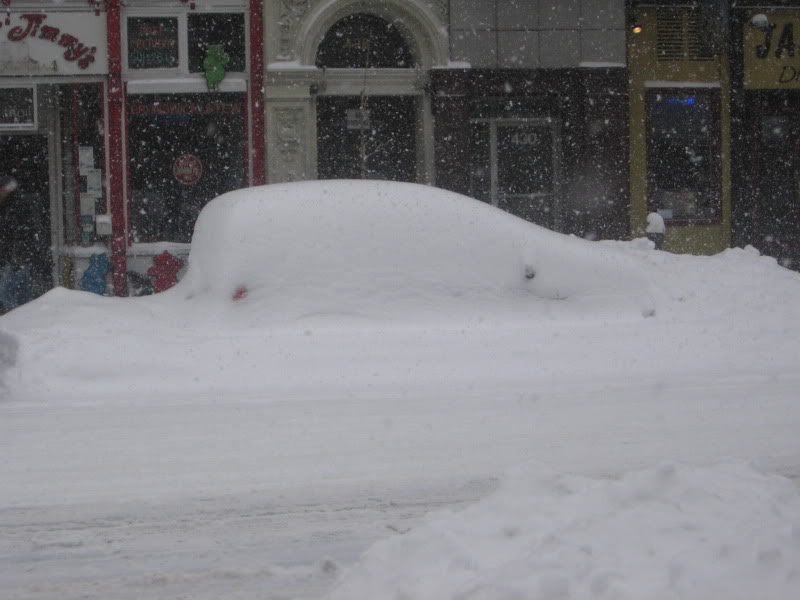