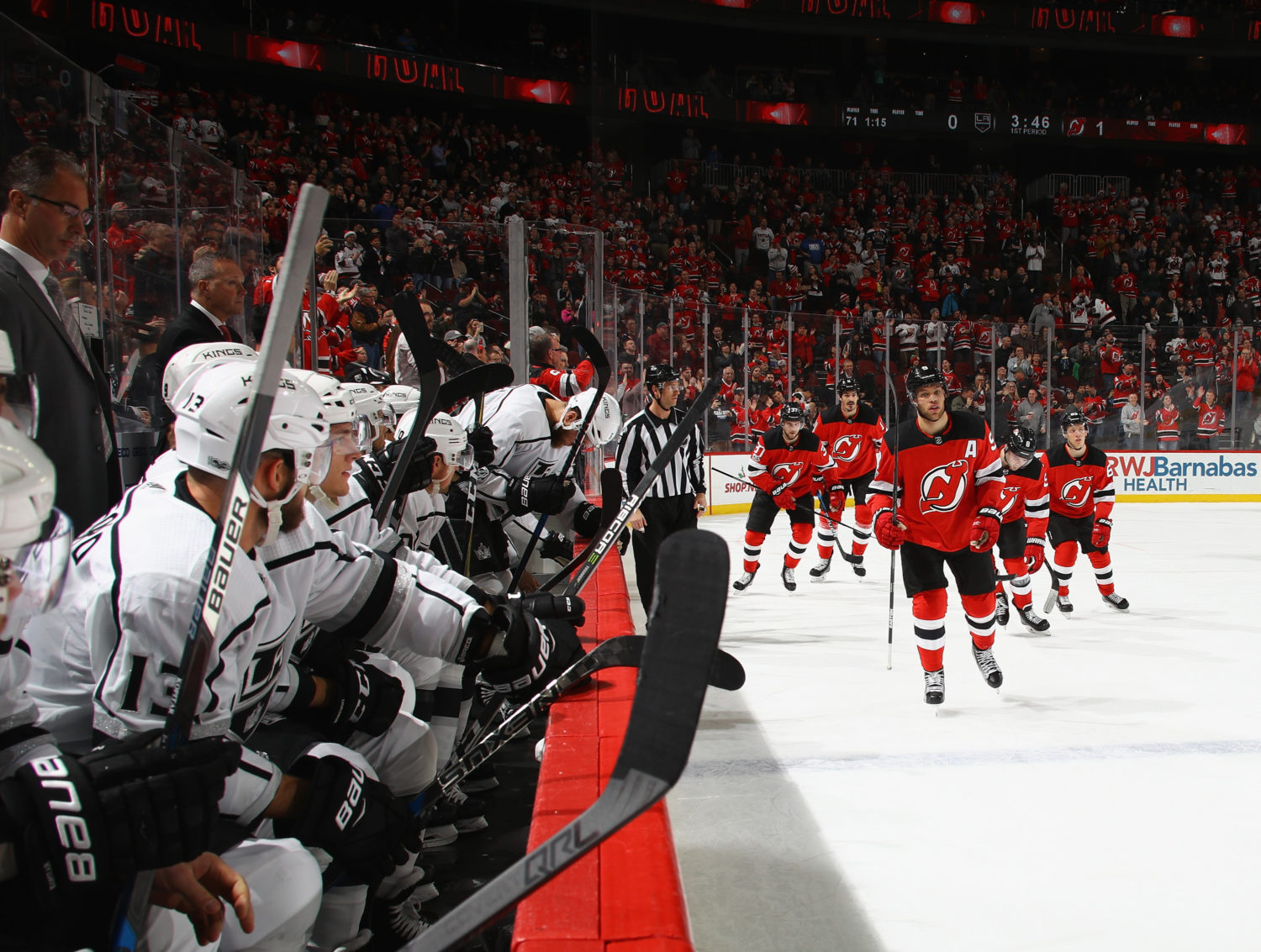 On several players saying that the team wasn’t “prepared” to play:
I don’t know if ‘prepared’ is the right word, but we played a hockey team that lost three out of four as a very good team. We knew we were going to get their best game, and we’re a team that’s won eight in a row, and I think one team was really, really hungry and ready, and one was complacent. I’ll take responsibility for that. We had a plan very similar to when we went to Detroit. We thought it was a good plan. We played really well to start that road trip, tried to follow a similar path, and obviously we weren’t ready, so we’ll look at it and we’ll get to work.

On Kyle Clifford’s first game back:
I thought Cliffy played hard. He played really hard. He got in, got some stops on the forecheck. He didn’t look like he’d been off as long as he had.

On why the team was “complacent”:
Good question. If you find the answer, let me know, alright? Get checked off the puck four times, it ended up in our net, and the other one was a seam play that we take a priority in defending on the PK, so it goes in our net. The bottom line, they were a lot harder on pucks than we were. It’s a good lesson that stings a little bit, and sometimes you need a lesson like that to get your attention.

On defensive mistakes leading to several goals against:
We got checked off the puck four times tonight. What do you want to say? I mean, the first goal was D-zone coverage. We had coverage, loop away, lose it, puck in your net. Faceoff, we got coverage, a guy shoots the puck all alone in front of the net, one versus two. Puck battle, puck ends up in our net. Power play entry, checked off the puck, the puck ends up in your net. It’s a game of possession. One team was harder on it tonight than the other, and it showed.

On the keys to success during the team’s eight-game winning streak:
Our goaltending’s been terrific. I think the leadership of our hockey team’s been terrific. I think the commitment and effort of our hockey team without the hockey puck has been terrific, and we’ve gotten production from a lot of different parts of our lineup. Five-on-five goal scoring out of our three lines, the way we started the game tonight, has been really encouraging. There’s lots of good things to like. Just not tonight.

On whether it was good to see Torrey Mitchell score his first goal with the team:
Yeah, I thought Mitchie worked hard tonight. That line had some zone time. Especially him and Brodz got in and got pucks stopped, and that’s what you have to do against that team.

On whether there was any doubt that Adrian Kempe would play:
Yep. We had to wait and see how he was feeling throughout the day. That was a decision we made when we got to the rink tonight. I think any time a player says he feels good enough to play and wants to play, I thought he came in and we could use his size and speed tonight, so he was feeling good enough to play, so he played.

On whether he saw this coming at the end of the winning streak, or whether this was a “one-off”:
I’m not sure what you’re asking there. We’ve had some slips in our game. I think recently our goaltenders have maybe disguised it, but we’ve played really well through stretches against really tough teams in a really tough schedule. But, again, you played a hungry team. It’s not getting any different. You’ve got the Rangers, Islanders and Philadelphia. It’s a tough game every night. It doesn’t matter where you’re playing, whether at home or on the road. But this team’s been terrific on the road all year, and I expect us to bounce back.