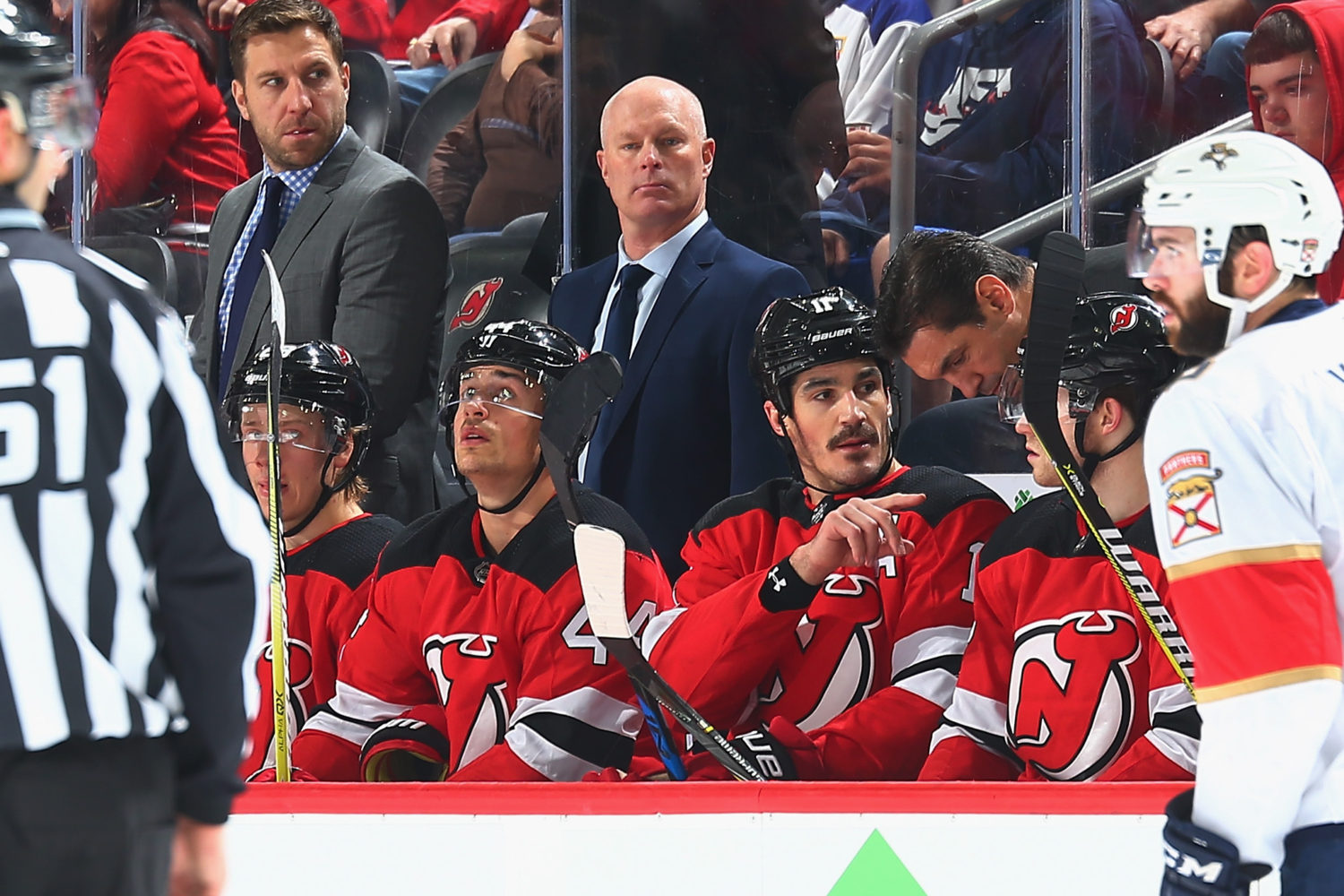 The New Jersey Devils held an optional morning skate on Tuesday and brought players out of the dressing room for media scrums, so in lieu of a Quick Hits one-on-one, some interesting John Hynes observations have been plucked from his availability and are embedded below.

First, some housekeeping details: Marcus Johansson remains day-to-day with an ankle bruise and won’t play tonight. He’ll be replaced in the lineup by Drew Stafford, while Steven Santini will step in for Ben Lovejoy. Cory Schneider starts in goal. Some praise for top overall draft pick Nico Hischier, who has five goals and 20 points in his first 29 games: “His ability to be consistently good” for a young player in his first year has been impressive, according to Hynes.

Second, some context. Hynes got his message across multiple times that New Jersey played a “soft and loose” game in a 5-2 loss to the New York Rangers Saturday night at Madison Square Garden.

That was followed by a “hard” practice Monday. Via NJ.com:

“We can’t continue to make the same mistakes and put us in the same bad positions,” goalie Cory Schneider said. “For me, learning on goals and what I can do better and how I can be different. We’ve done a pretty good all year to responding. This weekend, and it kind of creeps back four, five, six games now. We haven’t had our best, and we need a response from everybody.

“Your mentality of, I’m just going to work as hard as I can and make smart decisions and you let the rest of the game happen. You may not win every game. We’ve always talked about the process and we might play great and not win. But we have to get our game back to a respectable level and how we know we can play.”

On Tuesday morning, Hynes spoke with good detail about the team’s identity and how it must play to continue its strong start. He also discussed facing the Kings, and in particular, Drew Doughty, during this snippet of today’s media availability.

“LOL YOUR A KINGS BLOGGER NOT DEVILS BLOGGER LOL,” the Twitter eggs will say, so here’s Jesse Cohen and The Royal Half recapping the previous week of Kings hockey: