Waking up with the Kings: December 10 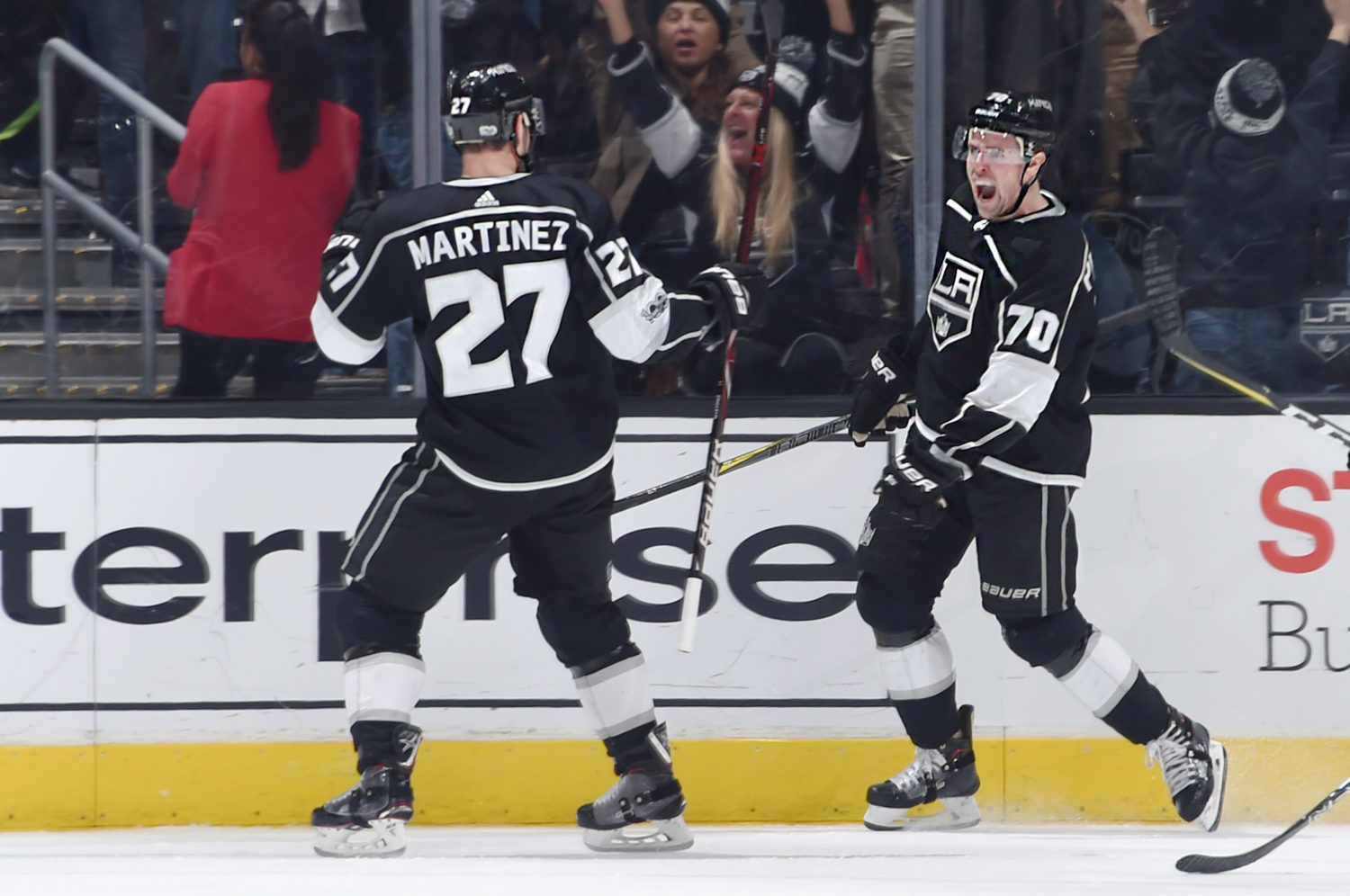 A recent road trip opener in Detroit started the meter on the Los Angeles Kings’ most difficult stretch of the season: 24 of 36 games played away from Staples Center, the meat of which is formed by three visits to the east coast and two to Western Canada. The Kings have opened the 36-game marathon with a 7-0-0 record – part of eight consecutive wins overall – and after a trip through several difficult buildings, returned home and took care of business against three teams whose games weren’t necessarily in prime order. That included the Carolina Hurricanes, who essentially did what they’ve done all season: possess the puck lopsidedly and score only intermittently. Their second goal may have come with a sniff of controversy, with Jonathan Quick believing that the Kings had touched the puck prior to Elias Lindholm burying Brock McGinn’s rebound. (A nice play by Jaccob Slavin to keep the play alive along the boards while pressured by Trevor Lewis appeared on a live look to be a Kings touch, but on replay, Lewis never handled the puck. I’m also not sure if this is the play that irked Quick.) But it ended in Tanner Pearson’s fifth career overtime goal – six if we add his goal on Martin Jones from the 2016 Stanley Cup Playoffs – and the fulfillment of a perfect home stand at the tail end of 15 games in 28 days. Los Angeles is 8-0-0 over the final 15 of the 28 days, so the players deserve credit for not exhausting themselves emotionally or physically. 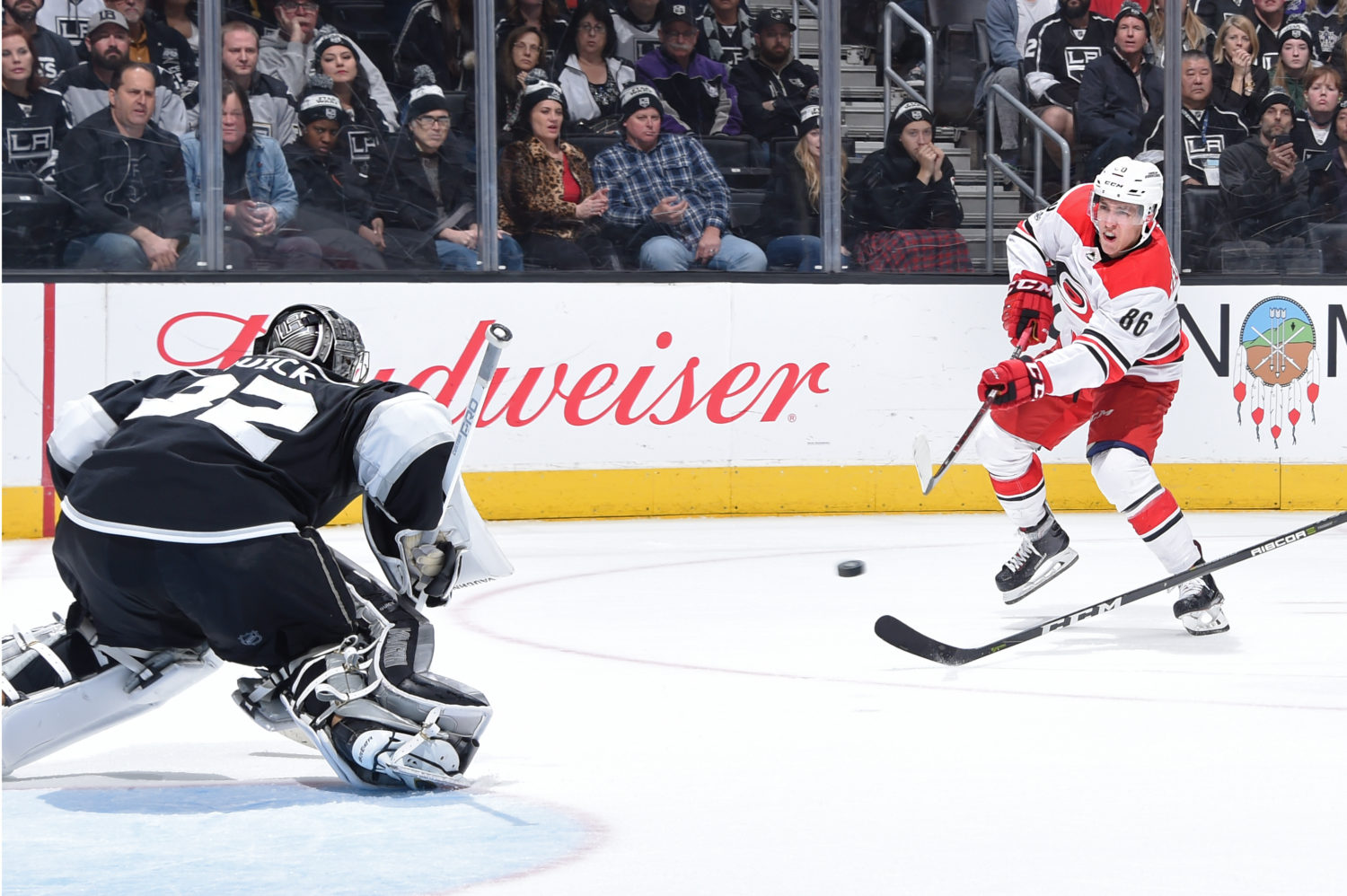 A day off, followed by the new challenge presented by another east coast road trip is probably good for a team whose game had slipped maybe an iota or two from some of the recent sturdy checking performances. The Dustin Brown quote applies – “sometimes you say at the end of losing streaks and at the end of winning streaks sometimes you’re losing games you shouldn’t, and sometimes you’re winning games you shouldn’t, as well,” he said in February, 2010, supplying LA Kings Insider with a quote he has used about 700 times since, give or take. The Kings didn’t necessarily play poorly against the Senators and Hurricanes, but there was perhaps a touch too many chances afforded to a team capable of generating them. Carolina leads all NHL teams in both Corsi-for and scoring chances-for per 60 minutes, so it’s not an anomaly to see them drop one of the more lopsided chance ratios against Los Angeles this season. Still, this didn’t seem like a game that was out of the Kings’ control. They exited the first period unscathed despite a glut of quality Canes looks over the final 10 minutes, built a two-goal lead in the second, and were forced to defend a desperate team in the third, providing fuel to a wonky chances-against count. There were some impressive performances by Carolina’s young guns – Elias Lindholm’s speed set up dangerous situations all night – but Tyler Toffoli, who is on pace for 37 goals, and Anze Kopitar, who is on pace for 42, made a major impact as the L.A. core again had fingerprints all over the win. 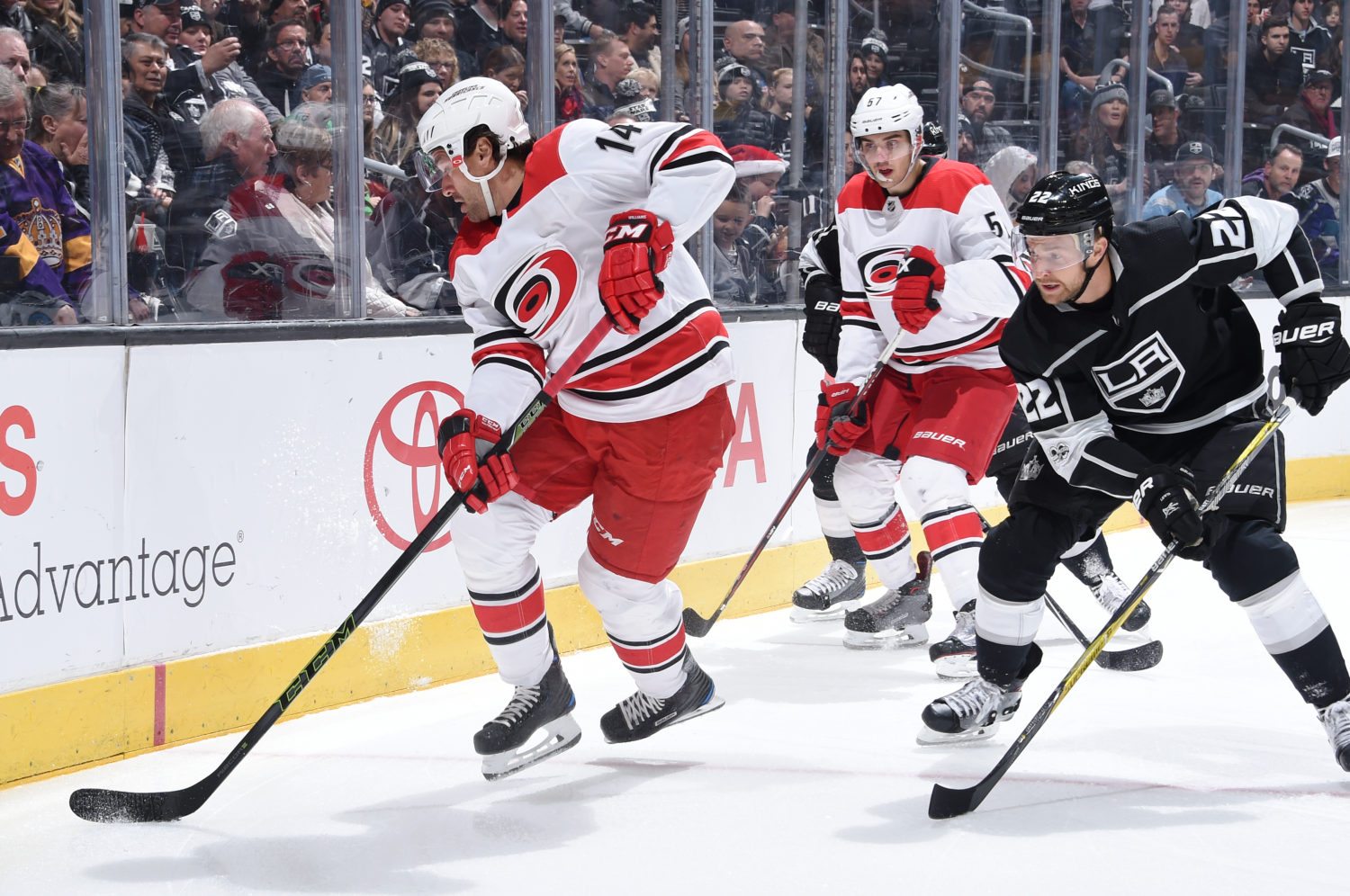 The win also included a gutsy overtime shift by Kopitar, Toffoli and Drew Doughty, who weathered an exhausting two-and-a-half-minute overtime assignment by positioning themselves well and benefiting from missed nets by Teuvo Teravainen and Victor Rask. John Stevens also deserves credit for not overtaxing his lineup prior to the shift, as does the emergence of four viable lines; Doughty and Kopitar were both on pace to finish below their average usage prior to overtime. The Kings’ overtime play without Jeff Carter has taken a bit of a hit this season, and this was about as far from a signature overtime effort from one of the league’s premier three-on-three teams. But Quick closed the door, Tanner Pearson drove the net to bury his own rebound, and the Kings’ two shots in overtime, which came within two seconds of each other, led to their eighth straight win. The club’s record win streak is nine, set in the 2009-10 season, and since then, their 2013-14 and 2014-15 eight-game winning streaks led to losses despite sturdy play in the ninth game. It sets up a very interesting game in New Jersey on Tuesday. 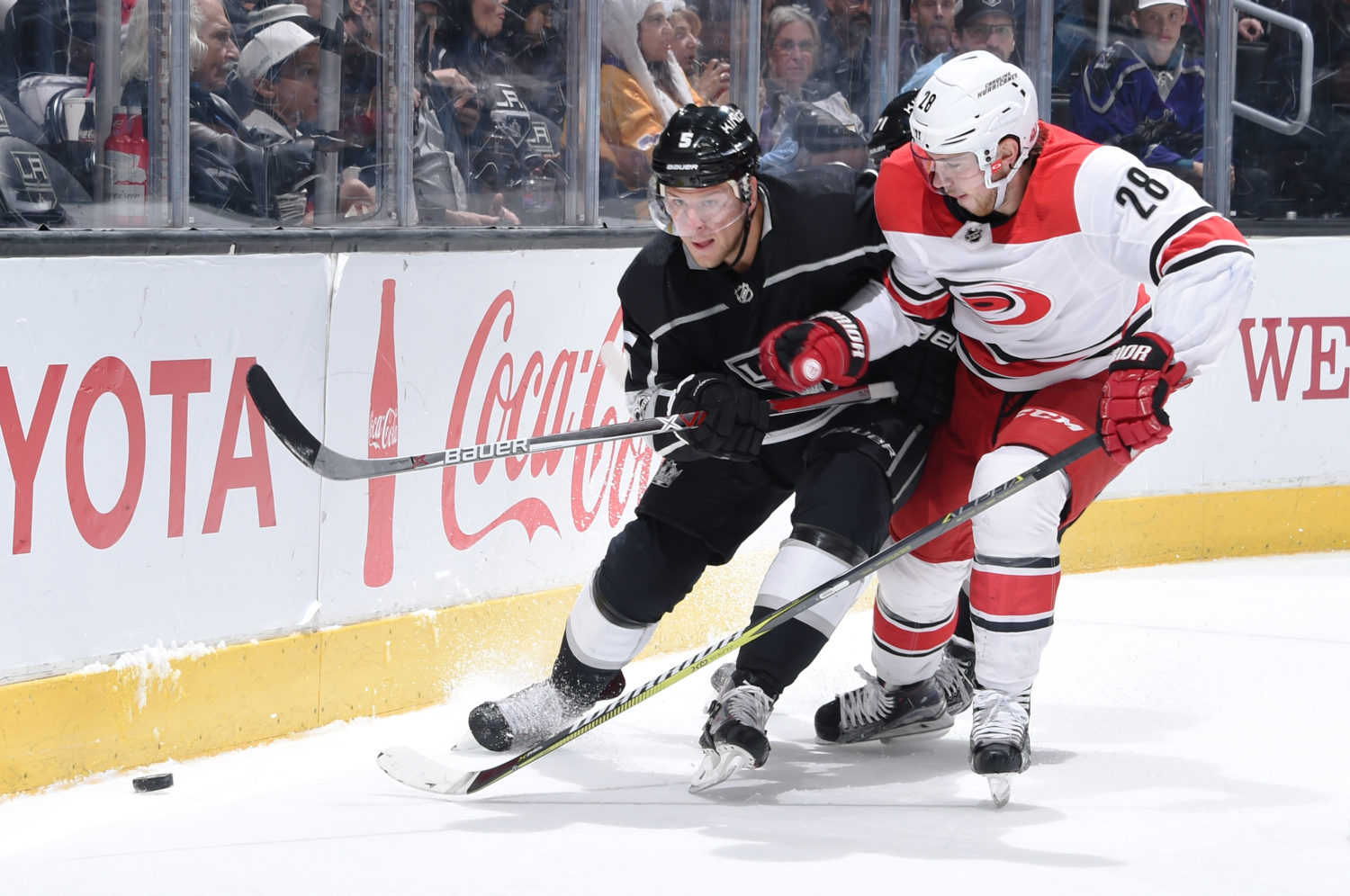