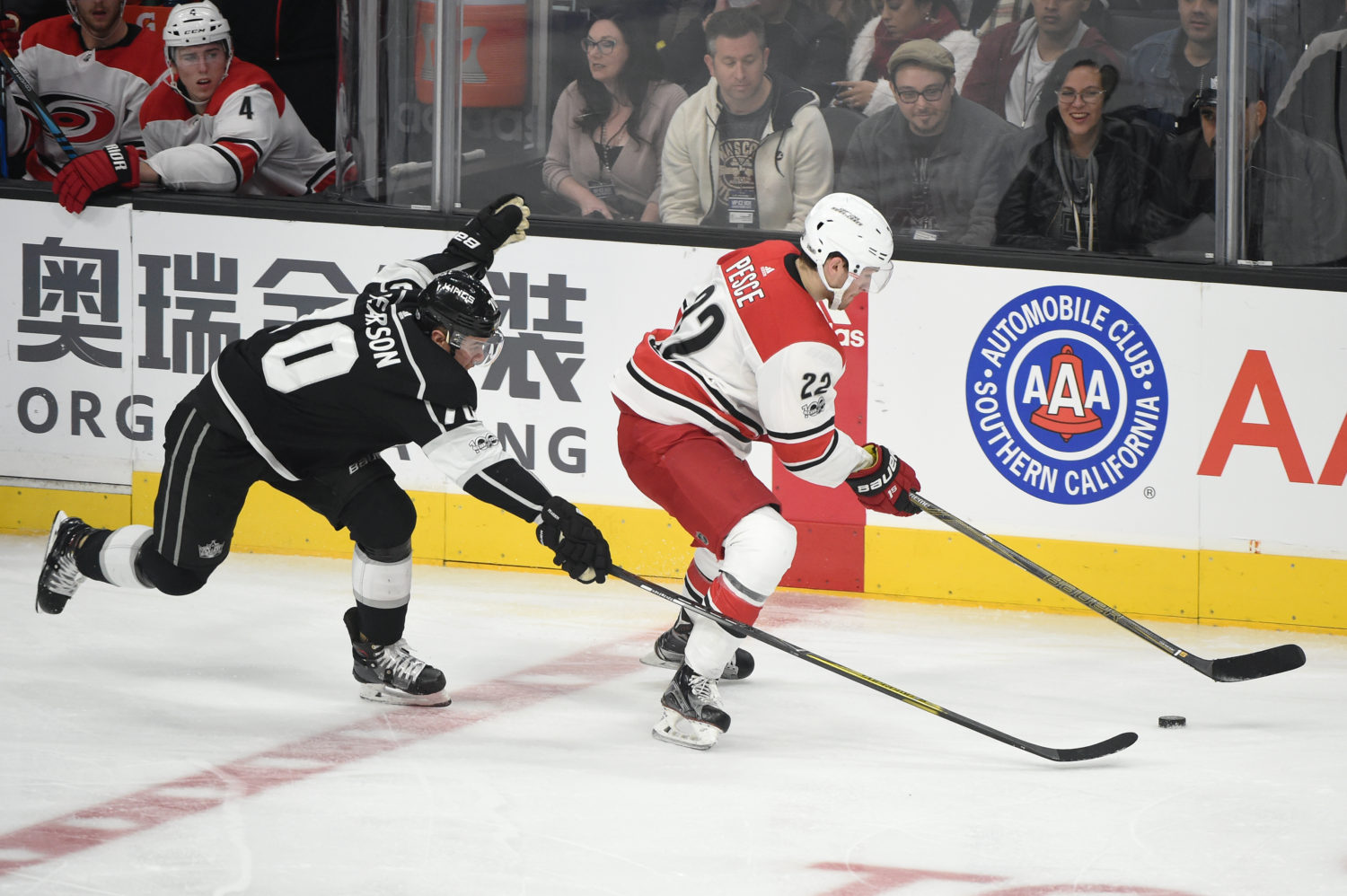 Tyler Toffoli, on the win:
It’s not the way we drew it, but I thought we did a good job of just sticking through it. They scored those goals in the third, and we stayed together. Quickie made some huge saves, and Pears finished for us.

Toffoli, on the extended overtime shift:
I think we did a good job of just kind of reading off of each other. I think they changed three or four times, whatever it was. We just did a good job of locking it up. Quickie made a couple saves there, but for the most part, I thought we did a good job of taking away the middle of the ice, and they didn’t really get that much.

Toffoli, on his collision at center ice, and scoring the first goal moments later:
When I got up, I saw Kopi and Pears going the other way, so I just kind of jumped up in the rush and Kopi made a really nice play to me and I just hit an open net.

Toffoli, on Tanner Pearson’s history of scoring overtime goals:
It’s good. He really bears down, and when it matters most, he seems to find a way. When he keeps doing that, it obviously gets our team the two points, and we’ll take it.

Tanner Pearson, on burying his own rebound for the overtime game-winner:
Yeah, I just shot it, and a rebound popped right back out to me, and I was able to put it home.

Pearson, on uncharacteristically surrendering a lead before winning in overtime:
I think we’re a pretty confident group, and, yeah, we let two goals in and them back in it, but it’s pretty much the start of a new period and it’s a new game, and the first goal wins. We had success in overtime last year, and we know what to do.

Pearson, on how well the team has played during the eight-game streak:
We struggled there for a bit after we started off the season, and we were able to kind of get our stuff together looking at video and whatnot, and it’s come together, and we’ve just got to keep it rolling.

Pearson, on any commonality in his overtime game-winners:
No, I couldn’t even tell you what my overtime goals have been like. There’s definitely a lot more room out there and I think it’s a lot easier to make a mistake, and you just try to do your part to keep it out of the net, and if you get the chance to finish it, you try to do that part, too.