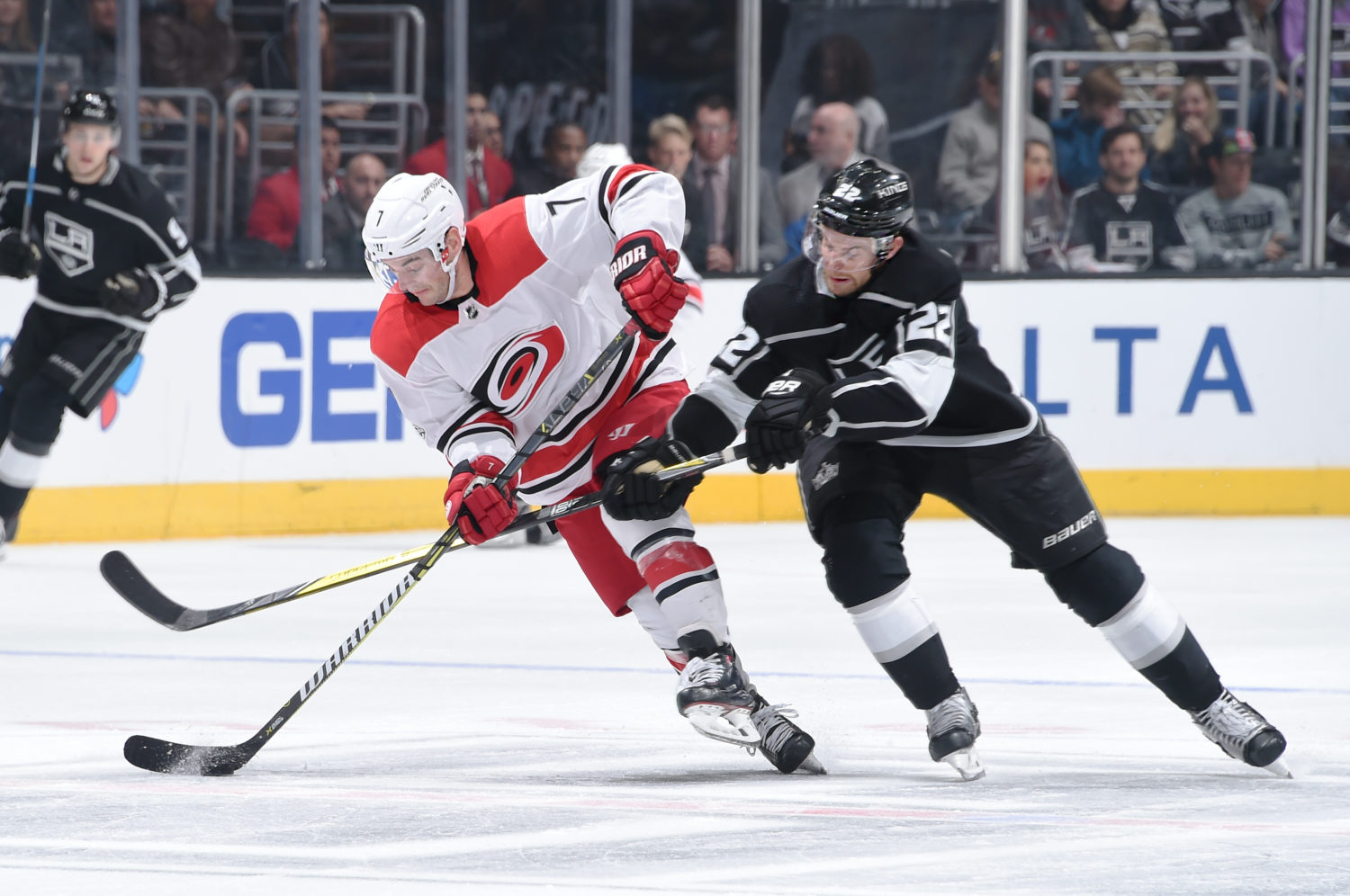 On the resilience and finding ways to win eight straight games:
I think if you looked at it, we were well aware of this. This was our 15th game in 28 games through that stretch, so I thought we looked a little bit tired tonight, but even though you’re tired, you get some great performances from a couple key guys. Quicker was great tonight. Even those guys that got stuck out in overtime, they’re dead tired out there, but they still dug deep down in the bucket to make sure that they do everything they can to keep the puck out of their net and it allowed us to get fresh guys on the ice eventually and score. That’s a pretty good hockey team there. I just felt like the schedule kind of caught up with us a little bit, coming off the road and then playing every other day. The guys have been terrific. I don’t think you can fault their effort on any night. Sometimes the execution isn’t there, but the attention and effort has been outstanding, and it was again tonight.

On whether he liked what he saw from the Pearson-Kopitar-Toffoli combination:
We just thought the first period, the match-up was too much time in our zone, and we thought Tanner and Tyler had some really good jump. I thought they were two of our better players tonight. Kopi’s a good player with no matter who you put him with, but when those guys are going, it really helped us, obviously. We got two big goals from the line, and we’ve made that switch before, and Shoresy with Alex and Brownie were good. But, certainly Staal is a big guy. He plays a heavy game. He’s got some real skilled guys with him. We just thought that a little bit of a switch could help us, and it did.

On whether it adds confidence when the team allows a late tying goal but finds a way to win:
I don’t think you can let an event define a hockey game. We always talk about giving up or who’s getting a start. I think you’re going to see all kinds of different situations in a hockey game. If we want a script, you want to get the lead, you want to keep the lead, and if you have the lead in the third period, you don’t want to give it up. That sounds good in theory, but it’s not going to happen all the time, and this group understands that, OK, we had a lead and gave it up, but we still have an opportunity to get two points. There’s a big chunk of the group that knows how to win, are comfortable playing in tight games, they’re not going to sit there and hang their head because things didn’t go our way or we let the situation slip on us a little bit, and there’s still time on the clock to make it right. That’s a real credit to the leadership in the locker room.

On whether Carolina’s control for much of overtime made him “nervous”:
I was a little nervous for the guys on the ice just because it’s a long change. I think they probably made three line changes there. I thought the guys played it really start. They started to pull back a little bit and tried to get their legs back under ‘em, so it was almost getting a rest while still being on the ice, but probably the most impressive thing was when they did get the puck back, we still had to move our feet and make a play and try to make a play and try to wait for a fresh body to get on the ice, and I thought Drew and Kopi did a great job there, and obviously without the play of Quicker, we’re not in the position to win the hockey game.

On Carolina’s ability to generate lots of shots, and whether he liked the defensive zone play:
There were times we were really good, there were times we weren’t very good. We knew it, and I saw it coming. We get the analytics on the teams we’re playing and who’s the tops in the league, and they’re one of the top teams in the league in terms of forecheck created, passes to the slot off the forecheck and the cycle plays, and you can see why. They’ve got some really good east-west movement that always ends up with a guy either in the middle or on the back side, as you saw on the goal. They’re really good at it. I think if you saw their statistics and not their record, you’d think their record would be a lot better than it is. So, I think there were times where we did a really good job with it, and I think there were times where we were not as good as we need to be.