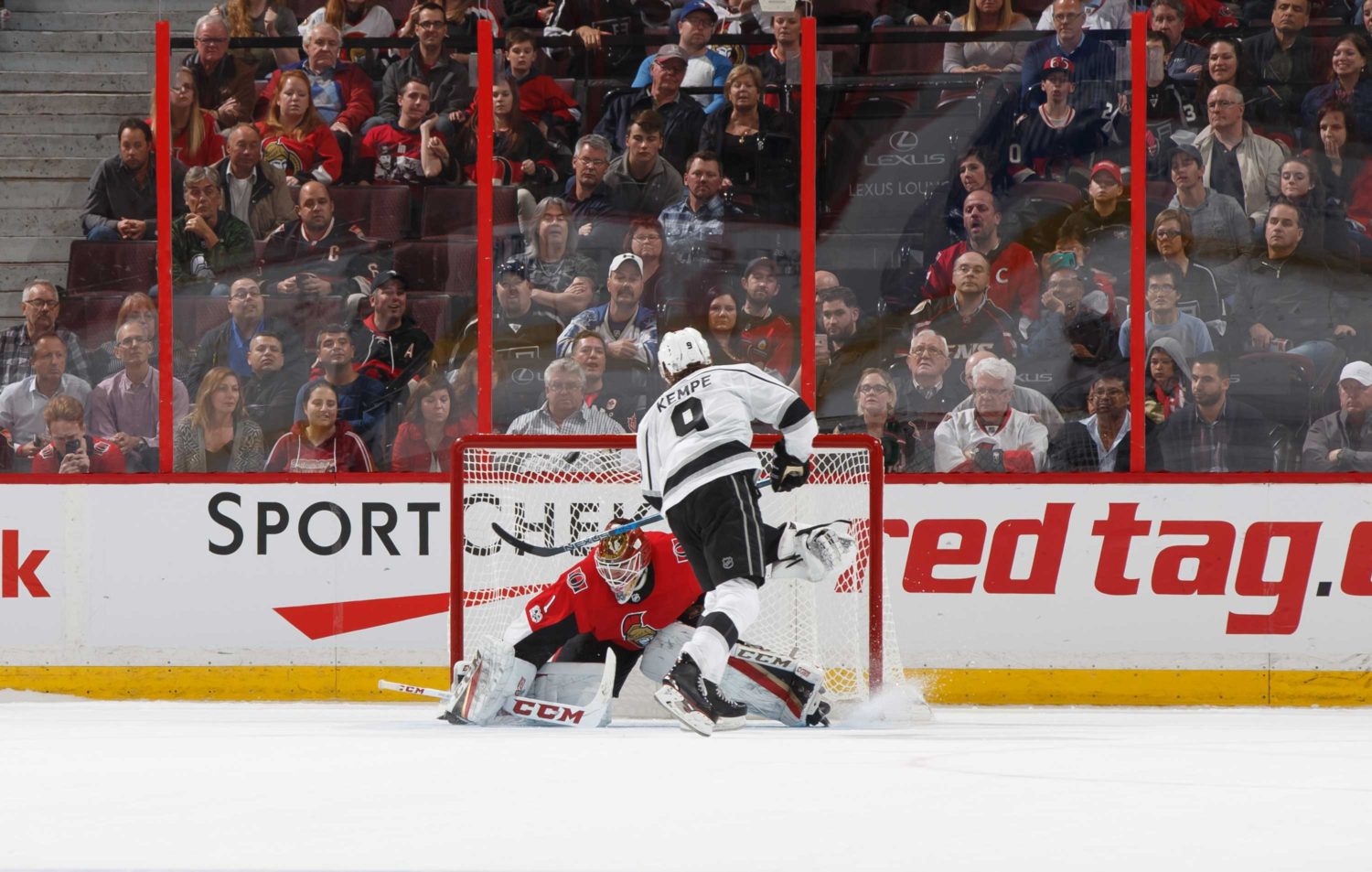 ICYMI: The LA Kings have been on a very impressive run over the past couple of weeks.

In fact, the Kings are 6-0-0 in their past six games. I don’t expect anyone who reads LA Kings Insider dot com to know these types on advanced analytics, but trust me that the math checks out.

The bad news is that they play the Ottawa Senators tonight.

The very same Senators that have gone 1-8-1 in their past 10 games and are coming off back-to-back shutout losses to the Winnipeg Jets (Sunday) and Anaheim Ducks (last night).

Ruh roh?
“They [Senators] become a dangerous opponent because instead of being tight, they say: ‘You know what? Let’s just go out and play,'” head coach John Stevens said about the Senators nothing-to-lose mentality.

So what do Stevens and the Kings expect to see out of the Senators coming off last night’s 3-0 loss to the Ducks?

“Usually you get the [opponent’s] best game coming out of this situation,” Stevens said. “I think sometimes back-to-back is good for you. We went into Ottawa (October 24 following a loss to the Toronto Maple Leafs) on a back-to-back and played one of our best games of the year.”

When a team hasn’t scored, we have to focus on ourselves. We have to make sure we’re ready to play off the start and be ready for an elite hockey team.”

Boucher says condon will start and the rest of the roster will remain the same.

The Kings are facing a team that hasn’t scored in two games and is starting their backup goalie?
What could go wrong!