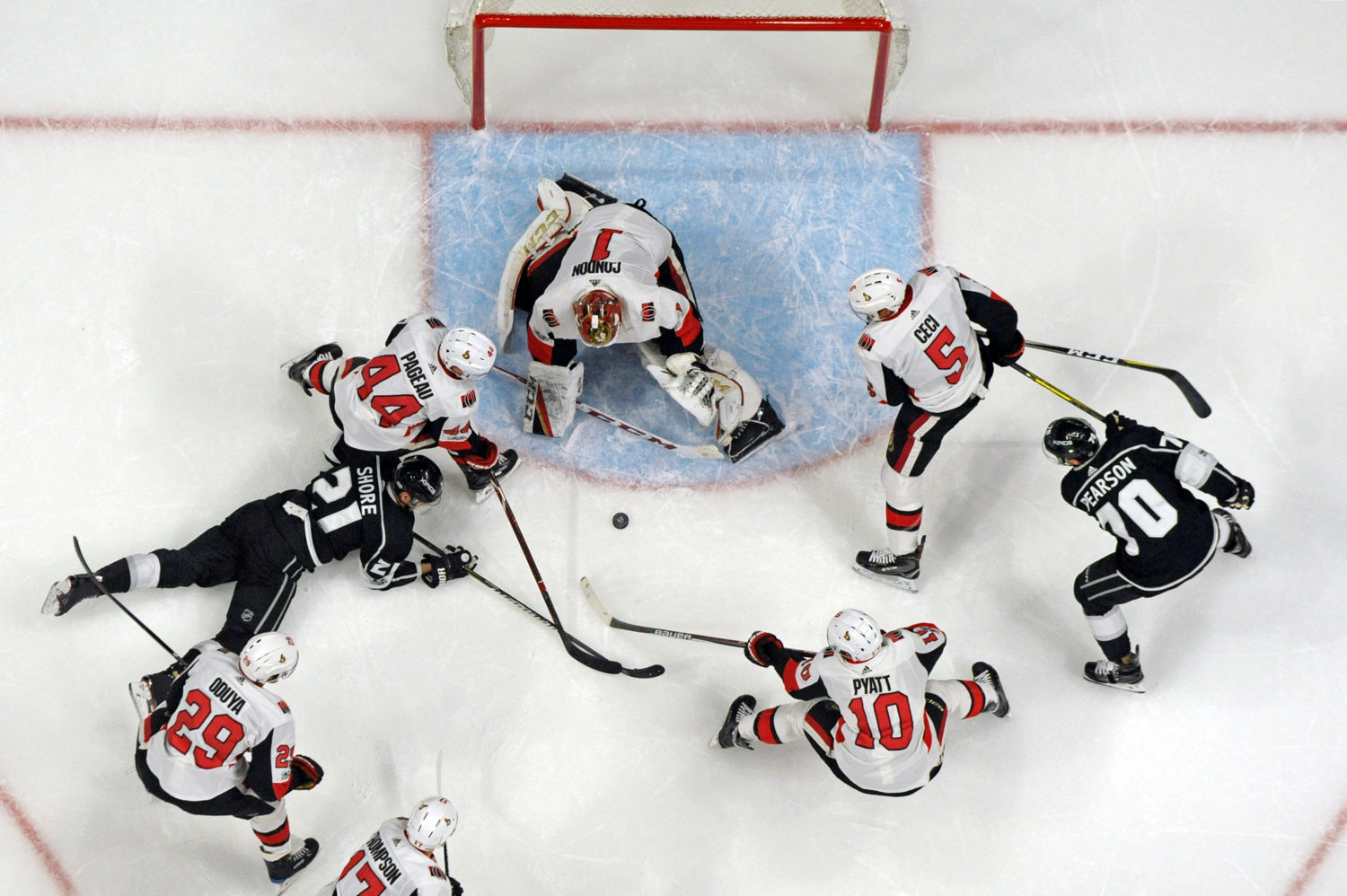 Drew Doughty, on what has impressed him most about the seven-straight wins:
Tonight wasn’t our best effort that’s for sure. It was probably our worst game over the last seven wins for sure. We just don’t give up whether we’re down, whether we’re up, we’re trying to play the same way and I think we’re doing a great job with that. When we were losing games, we were up and down. When we would score we would get too high and we’re trying to stay level and I think we’re doing a great job of that and that’s why we’re winning.

Doughty, on the team’s confidence late in games:
We have full confidence. Both of our goalies, we have complete confidence in them that they’re going to shut it down in the third and they’ve done a great job of that, of being a good defensive hockey team. And good defense wins championships, I don’t care what you say. And if in third periods, when it comes down to the clutch times, you play good defense and create those turnovers you’re going to get offense out of it. And that’s what we do in the third. We have fun doing it and everyone is responsible for the exact same things.

Doughty, on what he saw on his overtime goal:
I had a 2-on-1. I don’t know if I’ve ever had a 2-on-1 for that long in my career with the puck. But I was kind of looking to pass the entire time and I just decided to throw my toe over it and try to go five-hole on the goal. You know, it wasn’t the prettiest goal, but it went in and we won so whatever.

Doughty, on whether the team has a shooting mentality:
Oh for sure. Yeah, we’re trying to get more pucks to the net. That’s definitely been something that the coaches talk to us about all the time. And we’re doing a good job of that. The key is the first touch to the net and we’re trying to do that and we’re doing a good job of that. You know, you see us score on tips and rebounds like we never used to in the past.

Doughty, on the Senators getting the tying goal late in the third:
Yeah, you know I don’t think we were phased by it to be honest. It didn’t seem like we were phased anyway. 3-on-3 anything can happen. And you can see they kind of came down on us, just a quick turnover, a few people falling and just throw one back the other way. We never once thought we were losing that game. We had full confidence we were going to win it. It’s too bad that we gave up that goal at the end because Kuemper played a great game for us. I wish I could’ve gotten a stick on that and prevented that. But whatever, it happened. We won, that’s it.

Dustin Brown, on the overall play of the team tonight:
I thought we had some really good areas, but I think we have a lot to learn from and a lot to get better at. Gave up a lot of shots. Darcy made some huge saves for us, kept us even. But we found a way to win. I think we played better in the third. The second was not our best period I think, but like I said, you try to learn from everything.

Brown, on missed opportunities in the first period:
I mean you try not to think about missing empty nets. But I mean it happens. We had two empty nets probably and a couple posts and you just keep playing. All that stuff really, whether it’s in the grand scheme of things or within a season, it all really evens out. So you just try to stick to your game plan and work through it.

Brown, on what it means to be first in the division:
It means we’re going to have a target on our back the rest of the year. So we have to learn how to play with that.