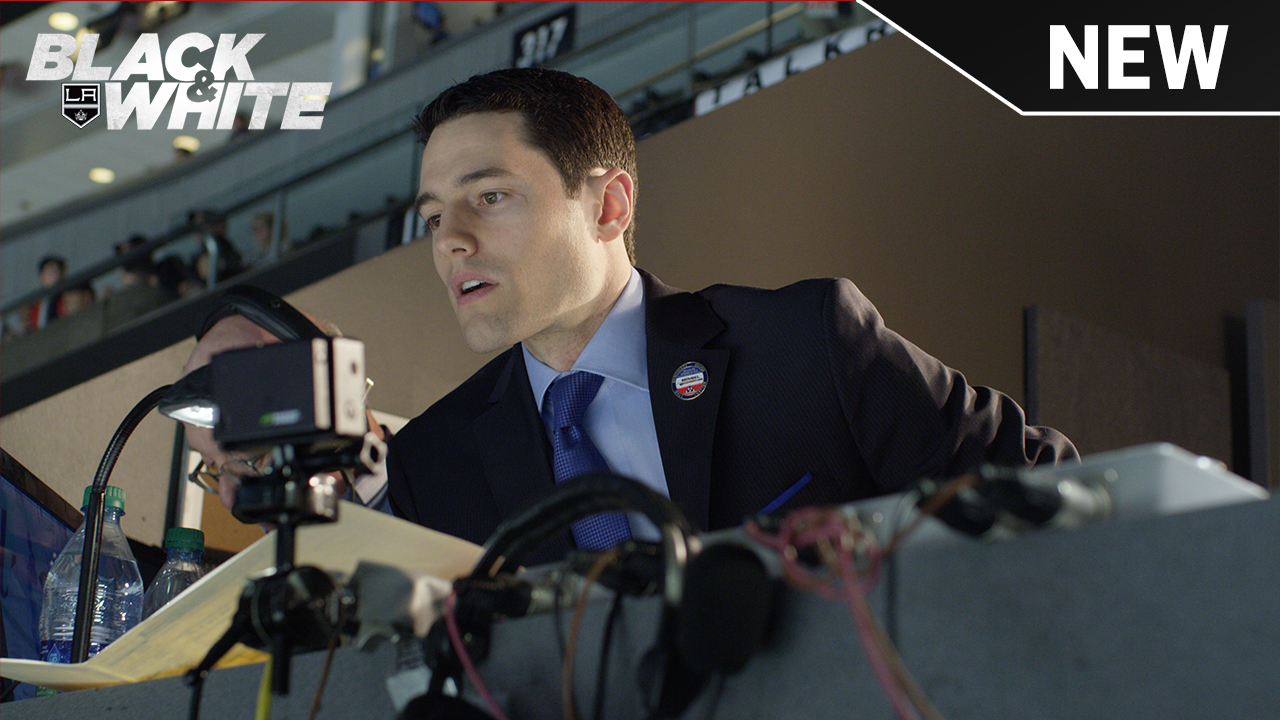 They say you haven’t made it in hockey until the LA Kings Production Department immortalizes you in an episode of Black and White.

It took 44 years for Bob Miller to get his very own episode of Black and White, and Faust just did it in about 44 days.

Check out this behind the scenes look at the Kings new broadcaster, including how he landed the job, his thoughts and experiences so far, and how he cooks his eggs in the morning.

“I’m 28…” is the biggest #HumbleBrag in Black and White history, right?
With the LA Kings game on NBCSN on Tuesday, Faust got the night off.

Well, the Kings tried to give him a night off.

Instead, the Kings rookie broadcaster went rogue and started helping out everyone else with their respective jobs.

Live everyday like Alex Faust pressing the goal horn button for the first time.
After the game, Faust joined All the Kings Men to offer insight into the Kings win.