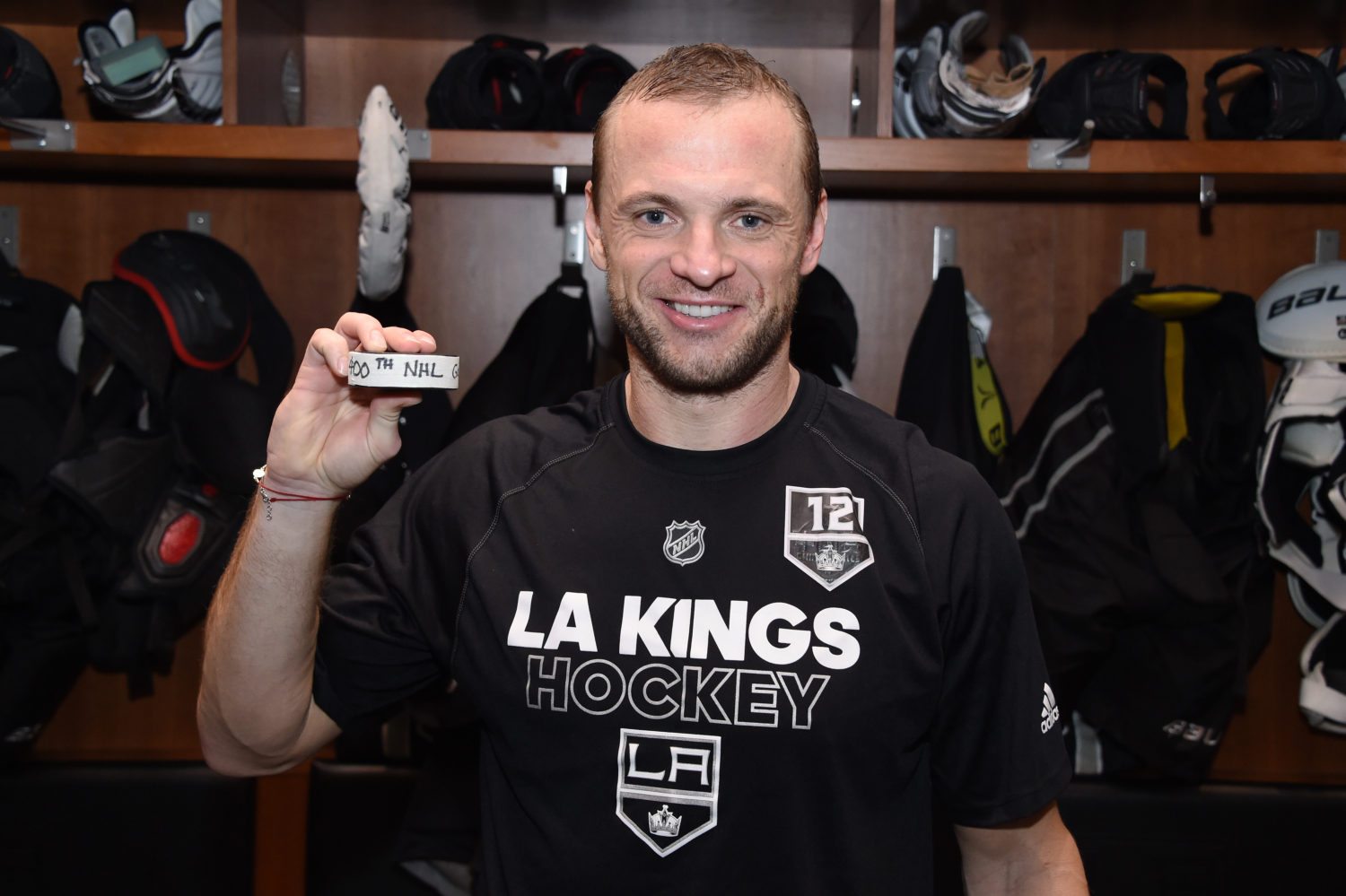 On whether the third period success is representative of the character of the team:
Well, it’s the way we want to play. We looked at the game and we gave up one B-chance in the third period last night against a really good team, especially being down a goal. Sometimes you get down and the tendency is to try and go win the game in the first few minutes and you end up giving up stuff the other way, but probably what we were the most pleased with – I think it’s an old cliché – we played the game the right way. We created some really good scoring opportunities and didn’t’ give up anything, and I think that’s playing the right way.

On whether the team’s strength in protecting leads during its “Cup years” was defense-based:
I think the defensive part of our game is something that’s a process that we’ll continue to try to get better at. I think that team was really, really sound in that area. I think we’re getting better and better in that area, but I thought I saw a stat last night, I think it’s almost 50% of the games where we’ve trailed going into the third period we’ve gotten at least a point, and that certainly comes from creating some offense and getting back in hockey games. You want to be able to come from behind if you need to. You don’t want to make a habit of it. But, the other thing is you don’t want one event at an early part of a hockey game to dictate the outcome, either, so, if it takes 60 minutes, it takes 60 minutes. If it takes 64.595, then that’s how long it takes, right? So, I think its encouraging that this group doesn’t lose their focus and they’ve got the resilience to stay with it as long as it takes to get the job done. To me, that’s a good quality to have, if guys feel like they still have a chance. If you look at the Vegas game or the Nashville game where we try to give ourselves a chance to either get a point or try to get a point. I think that’s a good mindset, but the biggest thing that we just talked about was the ability to come from behind playing the game the right way and not turn your one-goal deficit into a two-goal deficit when you’re trying to catch up.

On whether the team has a shut-down defensive “mentality”:
I think it needs to be a big part of the foundation of how you build your house. You can dress up your house any way you want, but if you don’t have a really solid foundation, you’re probably not going to last very long, and we feel the same about our game. It’s always going to be a part of our foundation that makes us successful, but we want to kind of try and continue to get better in other areas. We’re blessed. We’ve got great players that are great offensive players that value that part of the game as much as they do the offensive part of the game – Drew Doughty, Kopitar, Brown, Carter, you can go down our list here, and our best offensive players, they place a huge value on being great defenders, and I think that’s the reason why you have a winning program.

On whether Marian Gaborik has produced as he had expected after a lengthy absence:
We didn’t really put a timetable on his return. We basically took the approach that we were going to give Gabby the time he needed to get healthy and ready to play, and I think he did a good job of that physically and he did a good job mentally. I remember sitting down with Gabby in the summer, and he was on crutches, and he just had surgery, and I had just talked to him about where his game was at, where he thought he could get to, did he still want to play, was he willing to pay a price to be a good player, and I came away from that thinking ‘this guy’s still got a lot to offer.’ He’s not surprising anybody. This guy’s been a great player. He just scored 800 points in the National Hockey League, he’s won championships and represented his country, so there’s nothing that surprises him. Just, due to injury, could he get back to that level? And we felt that if his leg was healthy, we knew he’d be well-trained, and he could be a good player for us, and I think he’s shown that he can. [Reporter: Has his play given you any thoughts of moving him to the top line with Kopi and Brownie on a more – I don’t want to use ‘permanent’ basis.] I don’t know. We’d like to have balance on our team. I think it’s good for your team to have the ability to make adjustments in-game. We put Tanner up there and had a really good response. We switched Shoresy and Kemps last night and had a really good response. I think good teams should have the ability to play with different people and be affective. I think there’s pairs that stay the same. Tanner and Tyler seem to stay together most of the time. Brownie and Kopi stay together most of the time. Even your defense, I think there has to be an ability to move around, whether it’s a guy in the box or an injury. If you get forced in that situation in a key time of the year and they haven’t been exposed to it, I think it can be a problem. But I think our team game is sound enough that we can move people around and it can be effective for us.

On whether the play preceding Adrian Kempe’s goal represents the way he wants the team to play:
I just revisit the conversation, to play the game the right way, right? Look at the two-on-one goal, Kopi and Gabby. We do a really good job in our own zone, Brownie gets the puck on the wall and gets it back, so he makes a second effort to get a play with speed leaving the zone. Those guys weren’t leaving the zone, they were in a support position leaving the zone that led to a 2-on-1, and what I loved about that play is just the mindset on the attack – speed on the attack, get to the net. Tyler doesn’t get the goal, but he’s responsible for what happened there because he drove hard back post and forced the D-man to go there and the puck ends up in the net. You can’t manufacture offense without having good fundamentals in your game, and it certainly happened in those situations.

On the Ottawa Senators:
Just getting ready to take a closer look at them now. When we played them earlier in the year they were really playing well. They play a little bit of a different style. I think their neutral zone is probably different than any other team in the league. But they play a really good team game. They really check responsibly and they’ve got some firepower, obviously, with Duchene, the trade that happened there. So, we’ll get a better look at them today and tonight. It’s a little bit of a different opponent, but I still see a really quality team with good players and depth on their team, and they’ve got a really elite game breaker with Karlsson on the back end. He always poses a concern with what he’s able to do. Their defense is good. Not just him, but they’ve got Phaneuf and Ceci and guys back there that can really move the puck and get involved, and I think they’ve got depth up front, and they play hard. It’s not a lot different than all the other opponents we’ve seen here, and I think we’ll be aware of them but really try to continue to focus on us.

On the fires across Los Angeles County, and whether team personnel have been affected:
Not that I’m aware of. It’s certainly a concern for people in the area. Boy, the pictures of that are pretty scary. I’ve got people back home calling me, and it is close. You feel bad for the communities and the families that are losing their homes and being pushed out of their place of living. It’s tough to watch.