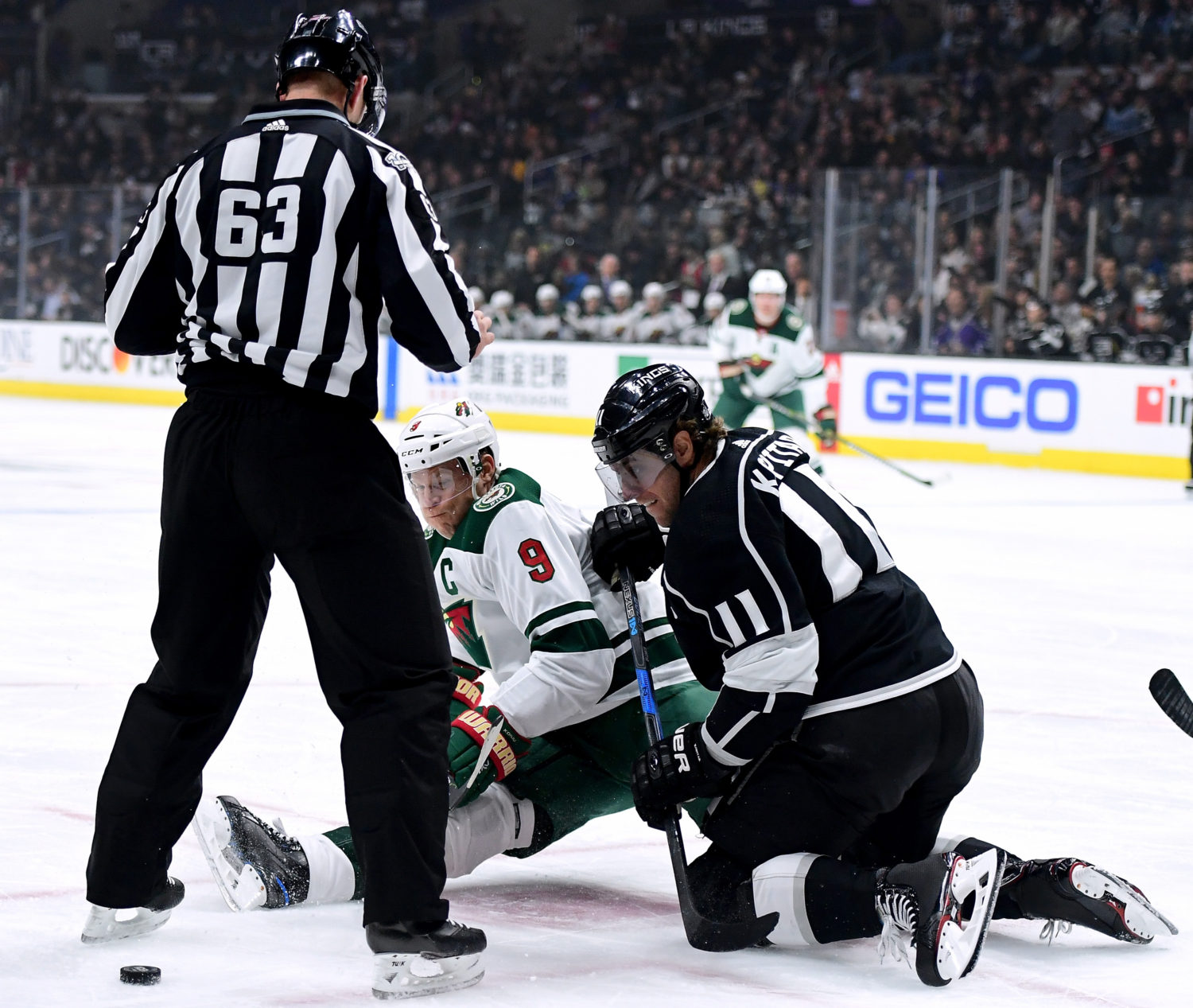 Anze Kopitar, on reviving his chemistry with Marian Gaborik in the third period:
Yeah. I mean, I don’t think the first two periods were very energetic. I think the whole building kind of felt that. But then, being down one going into the third, you kind of have to throw everything out there, and obviously scoring pretty quick in the third, that certainly helped, and then getting a little bit of a lucky bounce on … Adrian’s goal, obviously we’ll take ‘em. We were just able to lock the game down. They didn’t have much in the third, and I think we did a good job.

Kopitar, on Gaborik’s goal scoring ability:
You give him the puck in the areas that he needs them to score, more often than not he’s going to put it in. That’s what we’re going to need from him going forward, too.

Kopitar, on six consecutive wins:
We had a pretty good start, and right now, it certainly feels good. It was just nice. We’re feeling confident. I think you can kind of tell that we have that swagger back. Maybe it was missing in that little slump that we were in. It’s fun now, it’s exciting, and we want to keep it rolling.

Marian Gaborik, on reviving his chemistry with Kopitar:
I think getting more comfortable each game, and obviously the lines changed, but it’s a long season, so it’s going to be going back-and-forth, but whatever it takes to win games. Tonight, it clicked pretty well for us, and again, the third period was huge for us. We’ve got to fix some problems prior to that so we don’t get down in the hole and have to dig ourselves out again. But the second period, we need to kind of work on, and overall, big game.

Gaborik, on the win:
It feels pretty good. We have two more games at home. Obviously home games have been an issue for us a little bit lately, so coming off the road, it’s a huge two points, so hopefully we can get another four before we head out east.

Gaborik, on how the team summoned the third period energy:
I don’t know, I mean, we’re desperate. Just tried to create more energy within our group. We tried to play more in their zone and just the desperation, like I said, the third period has been very good for us this year. We just dug in and tied it up and then kind of a fluky goal, the third goal, and just kept going from there, so it was a big effort by everyone.

Gaborik, on the milestones established in the win:
It feels definitely good. 400 goals, I’m very proud of it. Congrats to Kopi for his 500th assist. It’s kind of ironic his 500th assist assisted on my 400th goal, especially against my former team, as well. So, yeah, it feels good, for sure.

Gaborik, on whether he’ll split the puck with Kopitar:
Yeah, we talked about it a little bit. Kopi said to keep it. Johnny came in and said it’s going to stay with the organization. [Laughs]