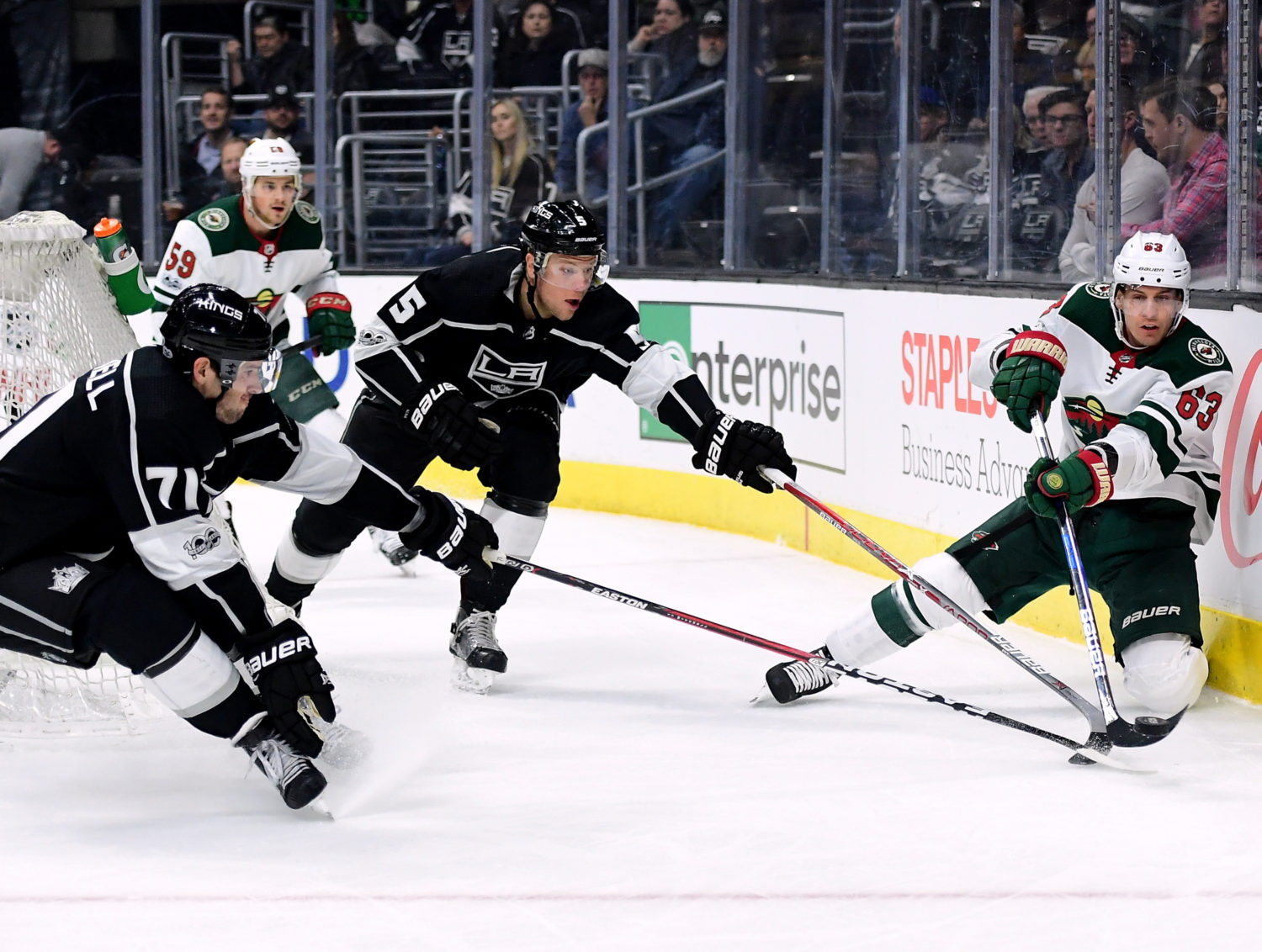 On the third period:
We thought it was terrific. We actually thought it was a pretty good hockey game overall. There was really tight checking by both teams. They made a good play, I thought, and caught a break when they came back and scored right after we tied it up. We just tried to get it regrouped, and that’s probably as good a third period as we’ve had this year in terms of moving the puck, getting it deep, coming up with loose pucks, and obviously scoring goals goes without saying, but I thought that was just a really solid third period coming off a tough road trip.

On shutting down chances in the third period, and making strides in the team game and checking:
We’re going to keep working on our team game. I really thought our team game the last two games of the trip was really, really sound. I just liked the way we were coming back in our zone, I liked the way we were getting plays getting stopped quickly in our own zone and it made us fast going the other way. We knew this was going to be a tough game coming off the road. You don’t get much time to rest. They’d come in here, they hadn’t played in a couple days, and they’re a good team. They’ve played well lately, and their defense can really skate and move pucks, and they’ve got some heavy forwards there, so we knew it was going to be a tough game, and I was really happy to see our guys to have the resilience to stay with it there and have that kind of a third period, especially under the circumstances coming off the road.

On Marian Gaborik and Anze Kopitar’s milestones:
Yeah, the guys were asking who gets the puck, so I told them I’d take it. I’m happy for those guys. Kopi’s just been a horse all year, and Gabby’s worked so hard to come back and really wants to play and be a productive player. I mean, 400, it’s impressive to me to see those type of numbers, and Gabby, at his age, and the injuries that he’s fought to be that good a player, it’s kind of fitting that those two guys would partner up on a milestone like that. [Reporter: How many goals did you score in your career?] In the National Hockey League? I said this before – I’m still looking for that first one.

On moving Gaborik onto Kopitar’s line midway through the game:
I thought Gabby was skating and he had some good jump, and we’ve done that before. Alex has kind of been a good fit on the line, but they’re playing against some big, heavy guys there, and they weren’t really generating a lot of offense, so we’ve made that switch before. We put Tanner up there. We thought Gabby was going good, and they’ve obviously had good success before, so we put Gabby up there, we moved Juice – Adrian – back in with Ty and Tanner, and we thought we’d have good speed with Lewie and Alex playing with Shoresy. That was the thinking on the switch, and we got good jump out of all those lines with the change, so it was productive for us.