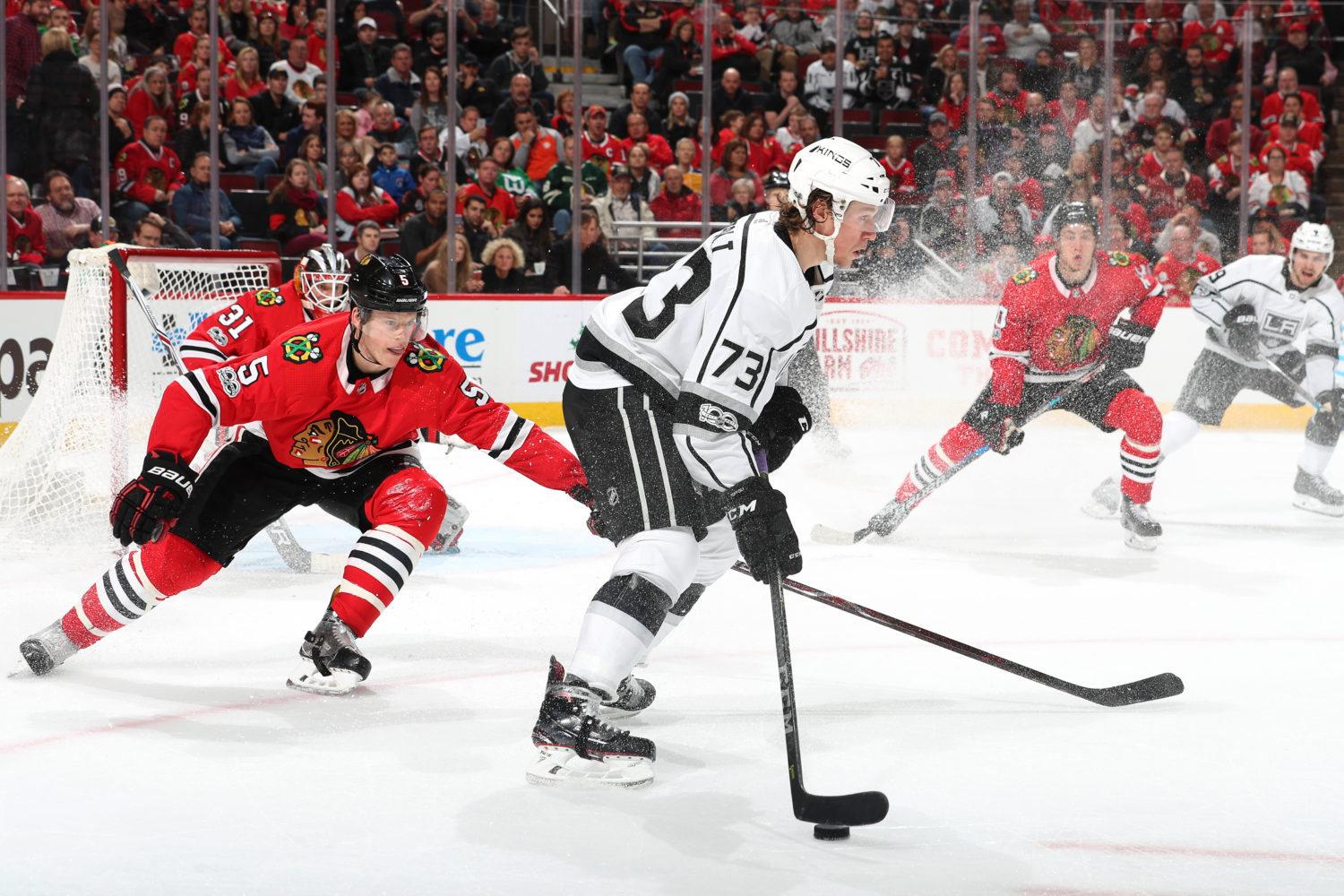 On the win:
I thought the PK was really good. I thought we had some self-inflicted wounds there. We wanted to get pucks up. I thought the pucks we turned over led to penalties in our zone, but I thought the fact that we did a good job limiting chances and actually limiting zone time with some good pressure up-ice allowed us to get some changes and got a little momentum even though we were taking penalties.

On the team getting off to a good start in the first period:
I thought we had a really good start. Didn’t like the middle part of the game. I thought again we turned pucks over and allowed them to play in our zone too much. I thought we played the game the right way in the third period where we got a lot more pucks ahead and It paid off for us. I thought it was a really good start. We really wanted to get off to a good start being on the road and Chicago playing last night. They’ve had a tough schedule and we have, too. This is our fourth game in six days on this trip, so I think it was important to play a simple, straight ahead game and not have unforced errors on your own side.

On scoring a big goal to go ahead in the third period:
I was really happy. I mean, we’ve talked lots about our third period. We’ve been a really good third period team this year in close games, and I just thought the guys buckled down and realized we can be better at managing the puck and putting pucks in behind them. They check really well. They skate really well, they really clog things up in the neutral zone, so a lot of the time there’s no plays to be made in the neutral zone. The puck has to go behind them. I thought we did a much better job of that in the third period.

On the road trip:
We were obviously concerned – we didn’t do as well at home as we’d have liked to. We won a big game at home against Anaheim before heading on the road and knew every team that was lined up on the road trip was playing well and a really good teams. We obviously got off to a good start in Detroit and then had two hard games with Washington and St. Louis. It was really nice for the group here to dig in and get this win here tonight.

On Christian Folin scoring the go-ahead goal:
It’s been good, but quite honestly, he’s been in and out. We’ve tried to take advantage of healthy bodies on our team. Mitchell came back in today. We’ve had Dowder come in for us, Fantenberg been come in and out, Dermie’s come in and out, so I just think in these situations when you have fresh bodies you can put ‘em in, and I thought he played well tonight. He really defended well. I thought he was really simple with the puck, got pucks ahead and obviously makes a big play on the goal. I think sometimes when you win games on the road you get contributions outside of what you’d normally expect in terms of either a guy blocking a shot that you might not have expected or a guy scoring a goal that you might not have expected. It’s good to see him score. I think everybody likes to score, even though you don’t score very often.

On Torrey Mitchell’s debut:
Yeah, I thought he came in, and I think his legs got a little tired there just because they had been off the ice. He carries a lot of speed, really good in the faceoff circle tonight, really good on penalty kill. Like his speed, like his responsibility, and I thought it was a really good first outing for him.