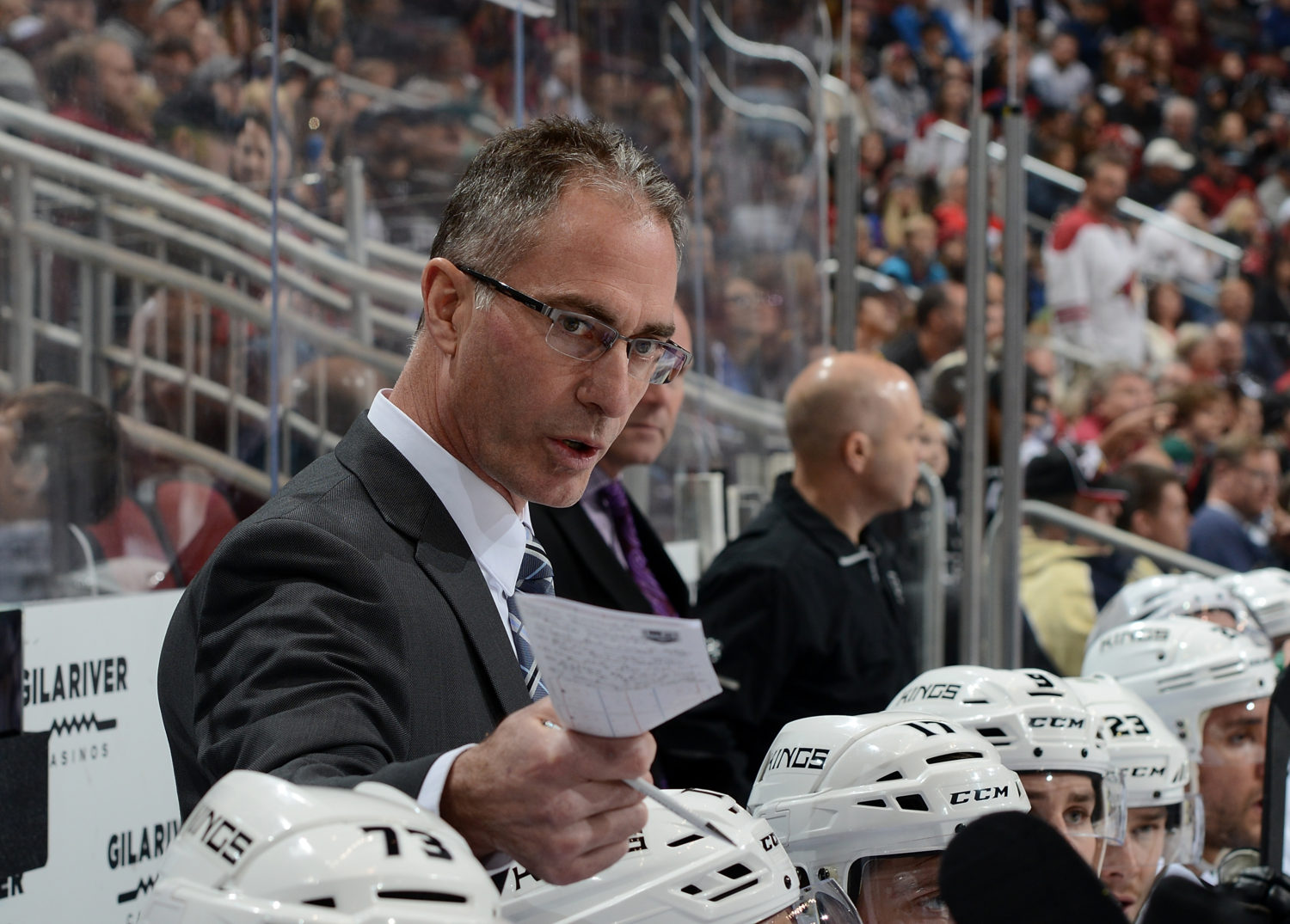 On the Schwartz-Schenn-Tarasenko lines, and attempts to neutralize it:
Well, if you look at the line, it’s interesting. I ran into Brayden Schenn’s dad when we were in Arizona. He was visiting Luke, and he said he had never seen a group that had such chemistry right away, and I think that’s probably the key ingredients of have on a line. They seem to mesh very well. They’ve got a lot of speed and quickness, they’ve got a lot of power in their game, they’ve got some elite shooters and they play a really good team game. If you add it up, I think they’re a plus-56 combined as a line, and that might be the most dominant line in the league right now. They play a 200-foot game. They’re a handful. They’re not just run-and-gun, just a one-dimensional line. They play a really good team game, they can check, there are turnovers that create a lot of offense of them, so whoever’s on the ice to get them, you’ve got to compete, and you’ve got to be ready to check them.

On any parallels to the last meeting, such as the standings, momentum, and strong road play:
I’m not sure, to be honest with you. I haven’t really thought about it that way. But we’re just kind of focusing on ourselves. When you play St. Louis, it’s a team in the conference, they’ve been one of the consistent teams in the league all year. One thing is they’re healthier now than they were. They’ve got Berglund back, they’ve got Bouwmeester back in their lineup, so for us, it’s just another road game where in a back-to-back situation we want to make sure we play a really smart game, we want to get off to a good start and we want to make sure that we’re getting contributions from everybody.

On what has evolved in the Kings’ game since the last meeting:
I don’t think it’s got anything to do with St. Louis. I think us, as a team, we’re always trying to get better. I thought we defended really well last night in our own zone, just we were there too much. If you took a look at our neutral zone and our O-zone forecheck, I don’t think it was as effective as it needed to be last night. When we got in our zone, the commitment to keep the puck out of our net was impressive, but I think we taxed ourselves a little bit too much by being there a little too much, but good teams find a way to win in those games, and I think our commitment in our own zone was excellent.

On whether he’s expecting a different style of hockey tonight compared to the last two games:
I’m not sure. Maybe Detroit’s a little different. They really have a speed-rush team coming at you, but I think Washington plays a really heavy game. Their skill guys play a heavy game, and I would say St. Louis is the same way. They’ve got big defense, and their forwards, they play hard, they play physical, and they really count on their team game. I think Washington is similar in that sense, but I probably see more similarities in Wash and St. Louis than I did in the Detroit game. All good teams all have lots of speed in the lineup, but I just think Washington and St. Louis play a really heavy game that you’ve got to be ready for. I think the dot-to-board part of the game, it’s a real important part of the game tonight.

On why St. Louis’ defense is having so much success this season:
They have. They’ve got a scheme where they’ve got this high umbrella in the offensive zone. Their forward ends up high in the middle of the ice. It’s an interesting set-up, but it’s a tough read. It’s a good concept they’ve really gravitated towards. They’ve got some defensemen I think who are some really good thinkers with good mobility, and they’ve really activated that D. It’s almost like a power play look in the offensive zone five-on-five, and it’s really been effective for them. They really get a guy away from the puck, a lot of time it’s a defensemen, and that creates some confusion on coverage on that play, and I think last time when we were here they were at least a goal a game and they’re almost a goal a game now with 21 goals from their defensemen. That’s been impressive, and it’s certainly a concern and something we have to be aware of.

On whether Torrey Mitchell was available for tonight’s game:
He’d be available if he was here. He’d need a long stick to help us tonight. He’s not coming here. He’s going to meet us in Chicago. He had some complications there with that, but we were trying to get him in here. We weren’t going to play him, anyway. I just didn’t think it was fair to him. We’ve got healthy guys here, and he hasn’t skated in three days, so we’ll get him back on the ice tomorrow and get him going.