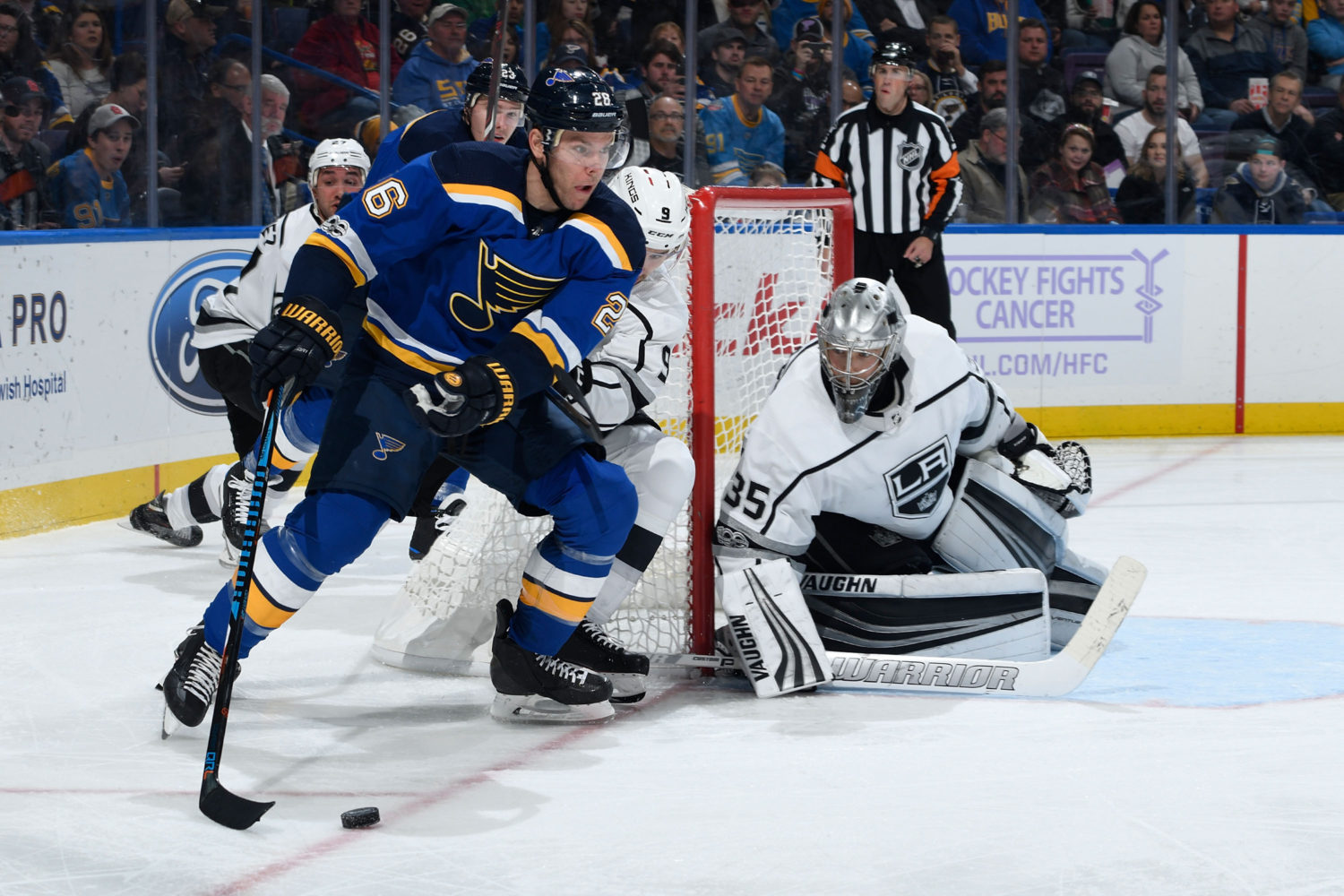 Tyler Toffoli, on winning both games on the back-to-back:
I think we just had a really good start. I mean, we know how it feels when you kind of get in a hole early games and we did a good job of not doing that and we were ready to play tonight.

Toffoli, on whether the third period was one of the best they’ve had on the road:
Yeah, we were solid. We rolled lines, just did all of those little things right, and definitely contained them. Obviously they had some chances and Darcy made some big saves, but I think it was just a really good road win here.

Toffoli, on getting three goals in the last two games:
Yeah, well I wouldn’t really count last night as a goal (laughing). But yeah, I guess they all count. Honestly, I just really kept my speed, good breakout on the first goal and then on the other one Pears made a really good play. I was low in front. So to be able to get the two goals, it obviously feels good for myself, but at the same time the way these guys have been playing at home, it’s really nice to get a win.

Toffoli, on the mindset coming in after losing to the Blues earlier in the season:
I think we all expected them to come out like they did last time so we were ready for it. So all in all it was just a really good effort by our team here.

Toffoli, on if there’s any significance to being atop the Western Conference right now:
I mean, obviously it’s a cool feeling. But after the start we had, we know how quickly things can kind of slip away a little bit. I think we did a good job of finding our way to come back and win some games here and kind of get ourselves back on a roll. We’ve just got to stay focused on doing those little things and just be consistent with our game.

Darcy Kuemper, on the team’s effort:
Took the entire roster and it’s going to every time you play a good team like St. Louis, but we really brought it tonight and got rewarded with the result.

Kuemper, on limiting both Washington and St. Louis to a total of three goals:
It just shows what kind of team game we play. The commitment we got out of the roster from the first guy to the last guy—everyone’s on the same page and we’re playing for each other and it really shows on the ice.

Kuemper, on making the most of his opportunities:
I was excited to get the challenge to play against a team like St. Louis. You know, you don’t always get those opportunities so I was excited when I found out about it. And I think our whole team was and really got up for it and wanted to prove something out there.

Kuemper, on the first period:
I thought it was a pretty well-fought period. Obviously getting out of there with the two-nothing lead is a great spot and we wanted to go out and win the second. Got out of there with a tie and got a huge fourth goal in the third and we were able to shut it down from there.

Kuemper, on how losing to the Blues earlier this season affected the pre-game mindset:
Yeah, you could kind of tell when we got to the rink it was on guys’ minds. Guys were talking about it. You never want to lose to a team twice in a row and we were really aware of that tonight and really came to play.