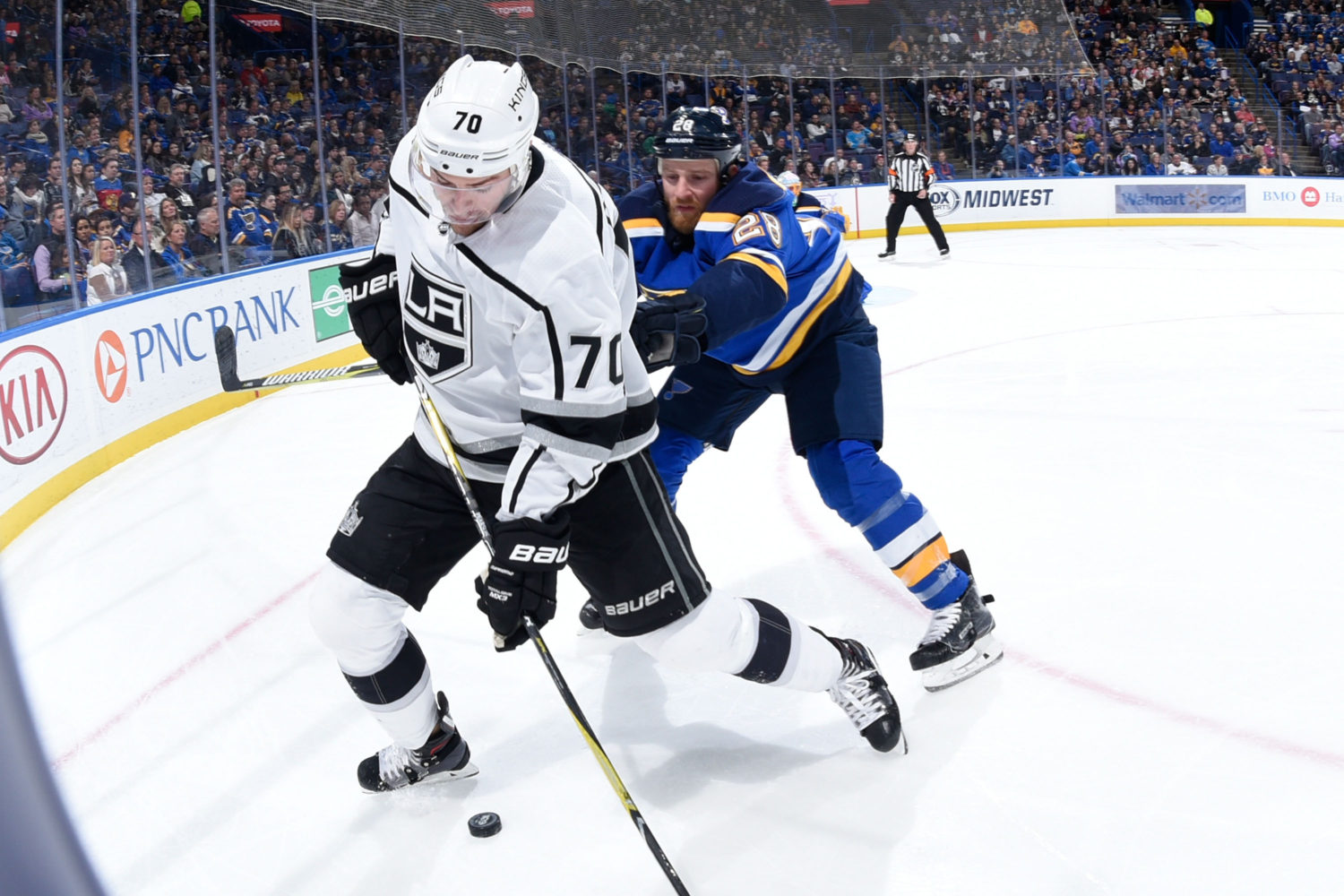 On the win:
It was a good hockey game. It’s a back to back against two really good teams that play hard and play a heavy game. I thought the guys really dug in tonight. You got a great performance from your goaltender, and jeez, we had some real quality looks there and Ty had two big goals for us, but I thought we really kind of stayed with it and continued to get better as the game went on. I thought we had a real solid third period, and again, I think in these situations you need production from everybody, and I thought we got good contributions from everybody.

On winning the first three games of a road trip:
Well, we knew it was a really important trip coming on. We didn’t do as well on the home stand as we would’ve liked to, and it was really important we thought that we won that last game at home and headed out on the road on a good note, and we did, and that was a tough game, as well. So, you go back to the Anaheim game, some really tough sledding for us, and I just think the guys have done a good job of rest-recovery on days in between and making sure they’re ready to play on the days we play. It’s certainly nice to get a good start tonight, and I thought the start of the hockey game was good for us, but we knew this trip was going to be tough. Detroit was playing really well, Washington’s been playing really well, St. Louis has played well all year, and Chicago’s always a dangerous team, so it was an important trip for us, so obviously we’re excited to be on it with three wins here, and now we’ve got to just bear down for Chicago.

On whether Darcy Kuemper’s strong performances affect how he balances his goalies’ playing time:
We feel good about the schedule, the way it’s been for Jonny. I mean, our goaltending’s been excellent all year, and if you look at the schedule, I don’t think Jonny’s been in a situation anywhere where he’s been overplayed. I thought that Washington game was a really hard game because we had a lot of zone time, and that’s really hard for a goalie with traffic, and we had pegged this game for Darcy. Darcy’s really done a good job of getting ready to play when he’s called upon. He’s played on the front end of a back-to-back, he’s played on the back end of a back-to-back, and he’s done a really good job for us. I think Billy’s got a really good relationship with our goalies. I think they kind of get a heads up when they’re going to in the net and they do a really good job of getting dialed in and ready to play, and he was ready to play tonight.

On Darcy Kuemper not having a regulation loss on December 1:
I think it’s important – I think we’ve seen it in the past with what’s happened here before where you get some big production from your back-up goalie. It was exactly what we were hoping for. You look at Darcy, he came here, and I think he was excited for the opportunity, and that’s a big responsibility for a back-up. You’ve got to a lot of times go in on trips and sometimes in tough spots. He went in in Vegas for us mid-game and played terrific, so your goalie needs to be able to come off the bench and help the team get righted, and your goalie needs to come in when the schedule’s tough and you need a great performance, and he’s done all of that.

On whether he was pleased by Adrian Kempe’s line’s performance against Brayden Schenn’s line:
Yeah, we have full confidence in that group. Adrian just continues to get better. I think we all love his speed in the middle of the ice, but he’s becoming a very responsible guy. I think the faceoffs are something we need to continue to work on and get better at, but we like the line. We think it’s a real responsible line. As long as he continues to improve in those areas, he’ll continue to get more responsibility.

On whether he’s happy with the team’s standing near the top of the conference on December 1:
Well, for sure. I mean, I think points early in th year are really important. We just want to continue to try and get better as a team here. We’ve said this all along. Things went well, and then things kind of slid a little bit, but I think the important thing is to put it back in neutral, look at the game, understand what you did well and understand what you need to improve on, and we have lots of both.