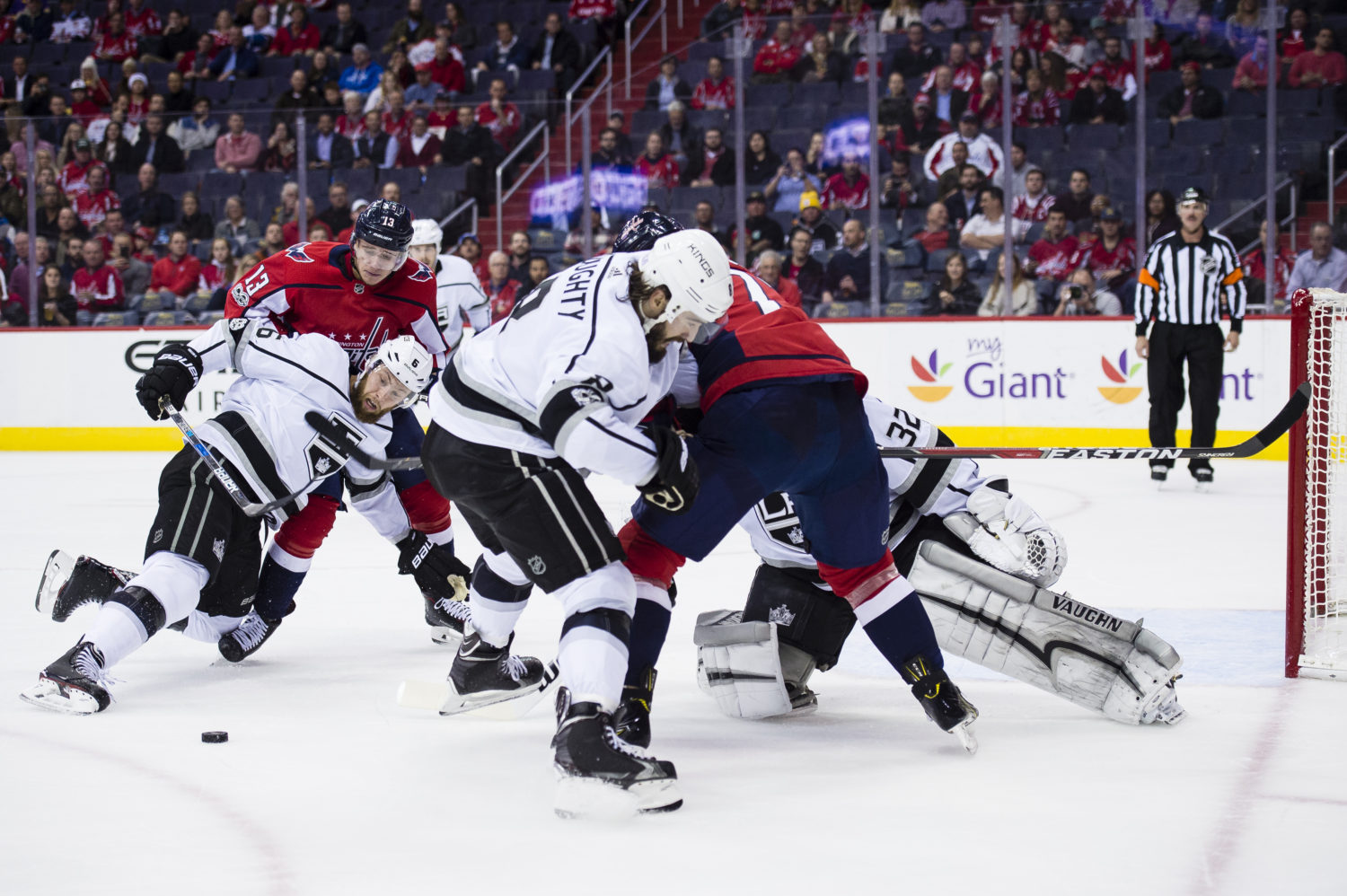 Jussi Jokinen, on whether he saw a big effort by the third and fourth lines:
Yeah I think so. You know, I think every team in the league is looking for that second period scoring and obviously Brods (Brodzinski) and myself were able to get that second and third goal, big goals to this hockey game. Overall I think it was a really good play of hockey for our team. They’re a dangerous offensive team so they’re going to get some chances and obviously we needed Quickie to be Quickie there a few times. And you know he was great again.

Jokinen, on how the back-to-back goals affected the team’s morale:
Yeah, I think it kind of changed the whole hockey game, being down 2-1 and then in 10 second span, nine seconds, whatever, being up 3-2. So obviously it gave a big lift to our hockey team and didn’t have to chase the game anymore and they had to chase the game. So that was a big difference in the game tonight.

Jokinen, on capitalizing on any breakdowns by the Capitals:
Yeah I think it happens so fast, I don’t think you think like that. But you know, every time their goalie makes some mistakes you’re going to try and get some shots to him as quick as possible. He probably doesn’t get his confidence back right away so you try to get shots quick.

Jokinen, on if he thinks the “rough stretch” has straightened itself out:
I think so, yeah. Obviously we’ve been able to string three wins together now and you know we knew this was a big road game for us and we got a good start but tomorrow’s a new game so we forget this tonight to get ready for the next one.

Jokinen, on how it felt scoring his first goal of the season:
It feels good. Just actually told the TV already, it’s my daughter’s birthday today so she hasn’t seen her dad score a goal in a long time so it’s fun to get one on her birthday. It feels good. [Reporter: What’s her name?] Sandra. [Reporter: How old is she now?] Six years today.

Jokinen, on if having played so much in the East helped familiarize him with Washington’s style of play:
I think if you watch my stats against this team, this rink has been good for me. Pretty much all my career I’ve scored lots of goals in this rink so I was actually thinking about that before tonight’s game. So some teams you just end up getting more points than others for some reason. And I think I’ve been around a long time playing east and west. Pretty much everybody knows me, and I know every team. But it’s funny, sometimes you end up getting more points against special teams and this team I’ve been able to get lots of goals, lots of points against my whole career.

Adrian Kempe, on whether this was the type of game that highlighted his skills:
I mean I think these both, two last games, we’ve played well. The line has been playing really well and the team as well so that’s really good. It was a fast game out there today. It was a lot of back and forth and two very good offensive teams. I mean you get a lot of chances and I think it hurt a lot today. I probably should’ve scored one, but Gabby got two so that was good. And I’m glad we came out with a win. It was big for the team.

Kempe, on whether he’s got chemistry going with Gaborik right now:
Yeah I mean he’s a good player. I like to play with fast players. And he creates a lot with his speed. I know usually where he is and Lewie is doing a hell of a job too for both of us. I mean it’s fun to play with both of them.

Kempe, on what he liked from the third period:
I think all lines played very well in the D-zone. We knew they were going to try to push for it and we executed. We did well in the D-zone and then we got some chances in the O-zone as well as we did in the second period when we scored two goals there quick. So that was good. Yeah, great third period. Quick was great in the back of the net. We needed some big saves from him and he showed that to us, so that was very good.

Kurtis MacDermid, on what stuck out to him about the team game:
I think everyone just did the job and they weren’t trying to do to much. You know when everyones doing their job, and playing hard, and digging deep it’s a great team win.

MacDermid, on what he read on the play that led to Jonny Brodzinski’s goal:
Yeah, puck just came out there and I saw a lane and I heard him say “to the net.” So I just tried to get it to the net and you know, it went off him and into the net. So it was a big goal.

MacDermid, on whether that was the shortest time between assists that he can remember:
Those were definitely the fastest two. So yeah, I just saw Lewie come through the middle there and give it to him and he made a great play to Jussi and Jussi made an unreal move and scored, so that’s another big goal.

MacDermid, on what they did to keep the Capitals off the scoreboard in the third:
We knew they were going to come hard and Quickie was outstanding again, like he always is. And guys dug deep and blocked shots and did everything we could to come up with the win.