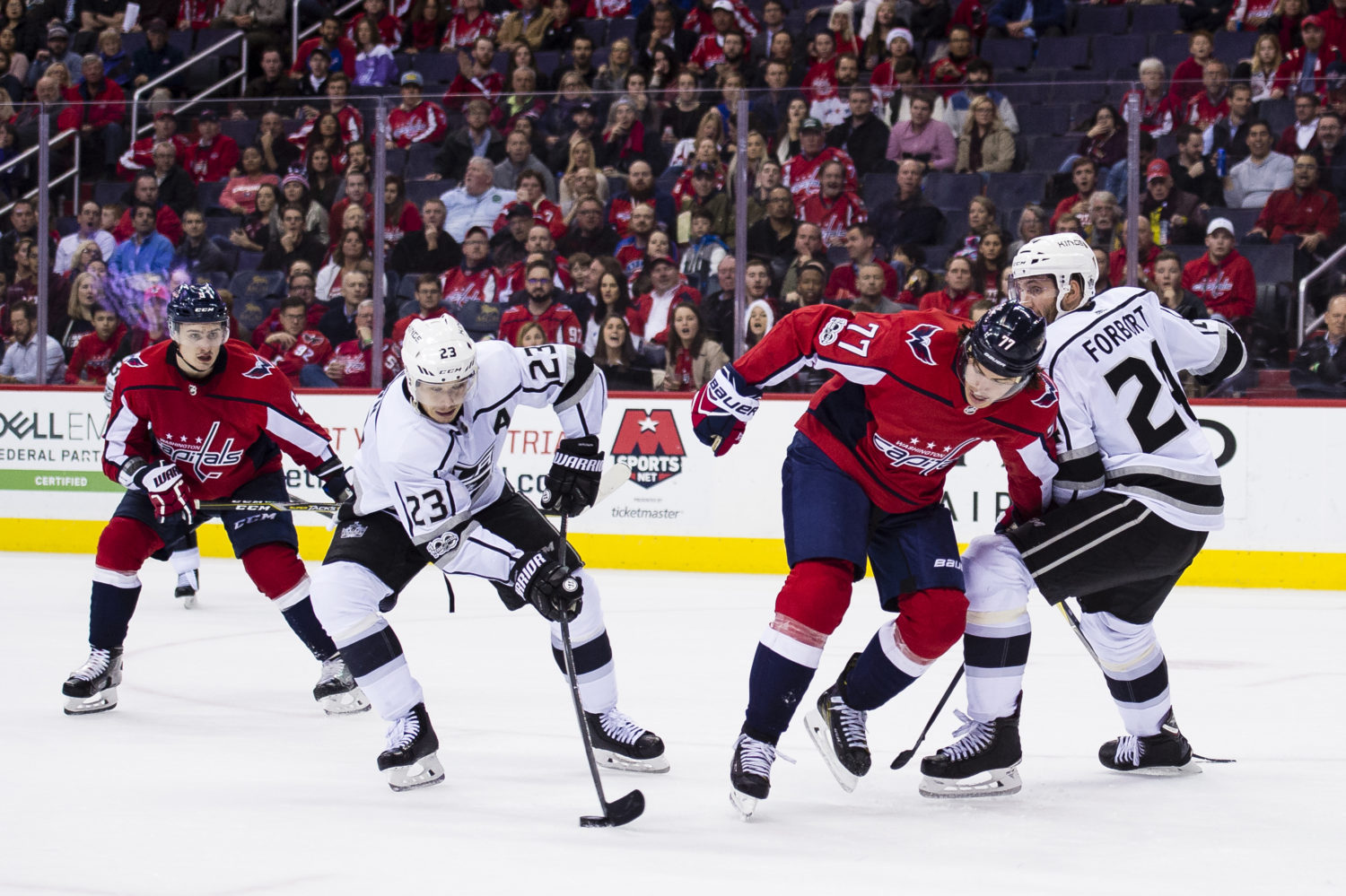 On the win:
They come at you hard, Washington. They really forecheck hard. The one thing with Washington is they’re a really skilled team, but they’re a big, heavy team. They play a hard game. Obviously getting the lead on the road is big for us, and I thought we buckled down. They’re going to get their chances, they’re going to get some time in the zone. They’re a good enough team to do that. I thought it was a gutsy effort once we got the lead and didn’t give it up.

On Jussi Jokinen’s “Swiss Army knife” performance:
Yeah, I think any good team has got good utility players on it, and he kind of fits that mold. He’s a guy that can move up and down your lineup and play all three forward positions and is just a really intelligent hockey player, and I think you saw that tonight where we moved him up there for faceoffs, we moved him up there with Kopi a little bit, and he just seemed to put himself in the right positions at the right time and make the right play at critical times. It was a solid effort for him tonight.

On holding Alex Ovechkin and Nicklas Backstrom scoreless while L.A.’s depth players contributed:
It’s big. I think any time you’re on the road – obviously you get the match-up Kopi head-to-head there, so even if you saw off, you need some production somewhere, and it’s really great to see that line get a couple goals for us and Dermie get involved in the offense there. You’re going to have to have it with the trip this week and the four games coming up this week. We’re going to need contributions from everybody, and it goes without saying that it’s a quality effort and critical times with Quicker in the net again really helped settle things down and was a big reason for the win.

On whether “the ship has righted” after a difficult stretch:
Let’s be real here for a minute. Our record, we won some games there where everything seemed to go right, and then we lost some games where things didn’t go right, but it’s a process. We’re trying to get our team to a point where we’re continuing to build our team game. It’s frustrating when you lose. Your energy kind of drops a little bit, but the group’s been terrific. I think the leadership group’s been terrific, and we still put ourselves in a position where we want to be and continue to get better.

On the importance of Marian Gaborik’s production since returning from injury:
Yeah, I think he’s been terrific. You worry about him dropping off a little bit because he gets so ready to play the first couple games, but I think he’s had three really good games for us. He and Kempe seem to have some good chemistry together, and I thought in a really heavy game tonight he played really hard. It’s fitting that he got a couple goals tonight, and we’ve just got to keep getting him reloaded and just keep him where he is because he’s been a really solid player for us.

On the speed, skill and chances at both ends in the second period:
Well, they’re a good team. The second period, long change, that’s when you’ve really got to manage the puck, and I thought we got away from establishing our forecheck a little bit in the second period, and so once their D get possession, they’re going to stretch and come at you, and they have players that can build underneath, and I think you’ve really got to take that part of the game aware from them. The second period for teams like that that play fast and have got skill and have a good forecheck themselves, it can be dangerous, but we weathered the storm and came back with a solid third period.