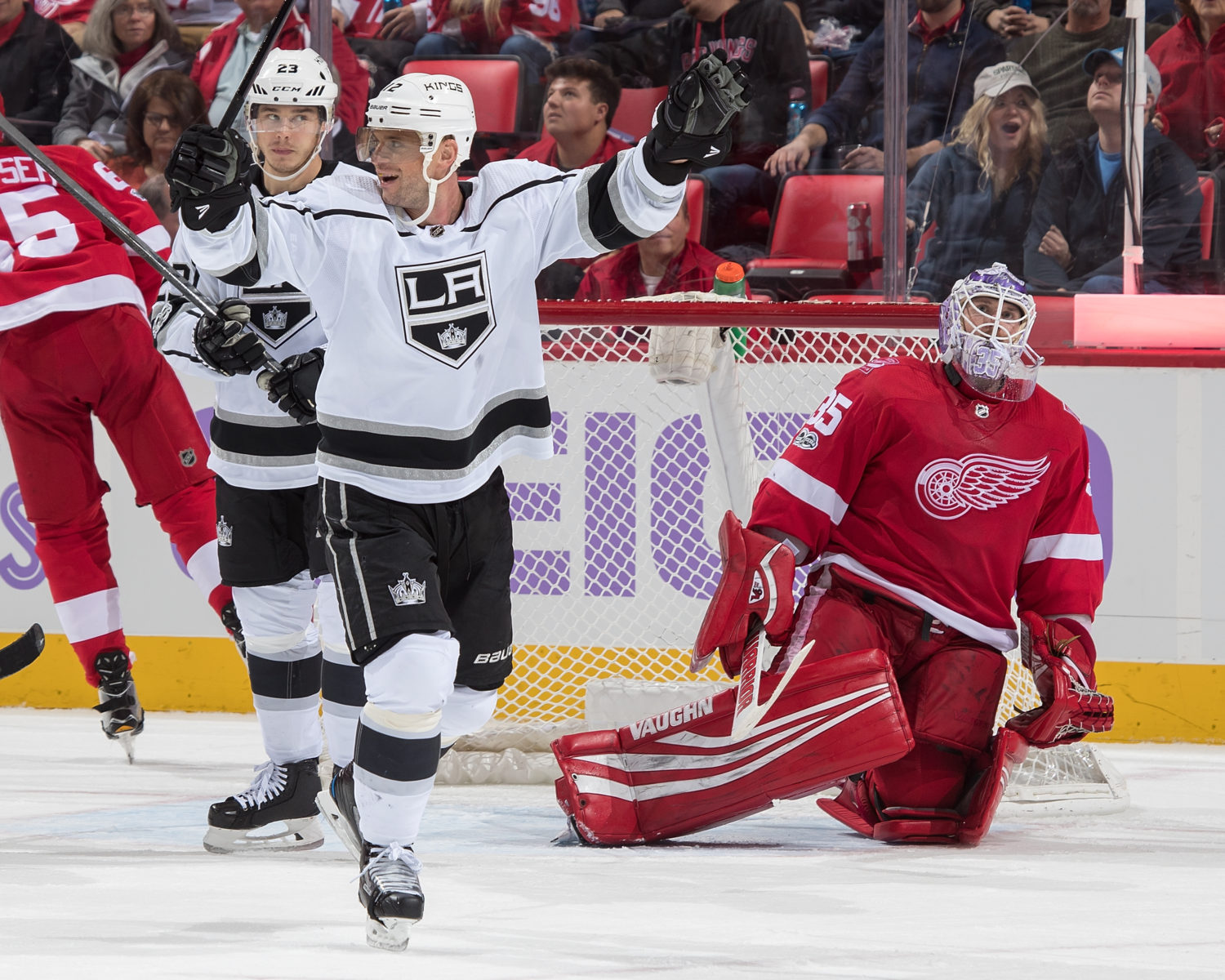 On how good the team can be when it plays the way it did in the second half of the game:
Well, we’re just like everybody else, right? We’re trying to find ways to win hockey games, but, again, I think when we’re a good team, we’ve gotten some quality minutes out of everybody – three pairs and four lines. I thought our goalie was really good in parts of that game in key, critical moments where he made some big saves that kept the game even. He really gave the team some confidence in those situations. We don’t know how good we are. We’ve got lots of work to do, but it’s nice to see us come on the road and kind of stick with it and get a huge goal at the end of the period there, which I thought was a real turning point for us, and then really played well in the third.

On whether the team could feel the momentum of Jonathan Quick’s saves from the bench:
If you mistake and get scored on, especially if a young player makes a mistake, it can really magnify what just happened out there. But if we can make a mistake, get a big save and just kind of correct things because your goalie made a great save, I think it’s a little easier to move on. Sometimes that puck goes in your net, and now it’s a big deficit, but he’s a bit of a calming effect back there, and I thought he was tonight. Again, some goalies are really good goalies, but to make key saves at key times, he’s as good as there is.

On why Anze Kopitar and Dustin Brown have rebounded statistically:
I think they’ve always been – the history tells you the first Cup we won they were phenomenal together. I think Brownie’s really defined his game again. I think he knows what makes him a good player again. I know Kopi loves playing with him. They’re really good friends. They want a lot of responsibility, so I think when they’re both playing the way they’re supposed to, Brownie plays the elements that he brings and Kopi’s Kopi. They have really good chemistry together, they complement each other well, and Alex has been a good fit there. But [Gaby’s] kind of been filling in on the power play now, … but I think those two guys have always had chemistry when they play the game to their identity.

On whether he liked Drew Doughty’s game:
I did. I thought Drew was kind of like Jonny. There were some critical times in the game where he got hemmed in our zone and he’s just a patient guy that kills plays and makes plays at key times in the hockey game. I thought he was a difference-maker tonight.