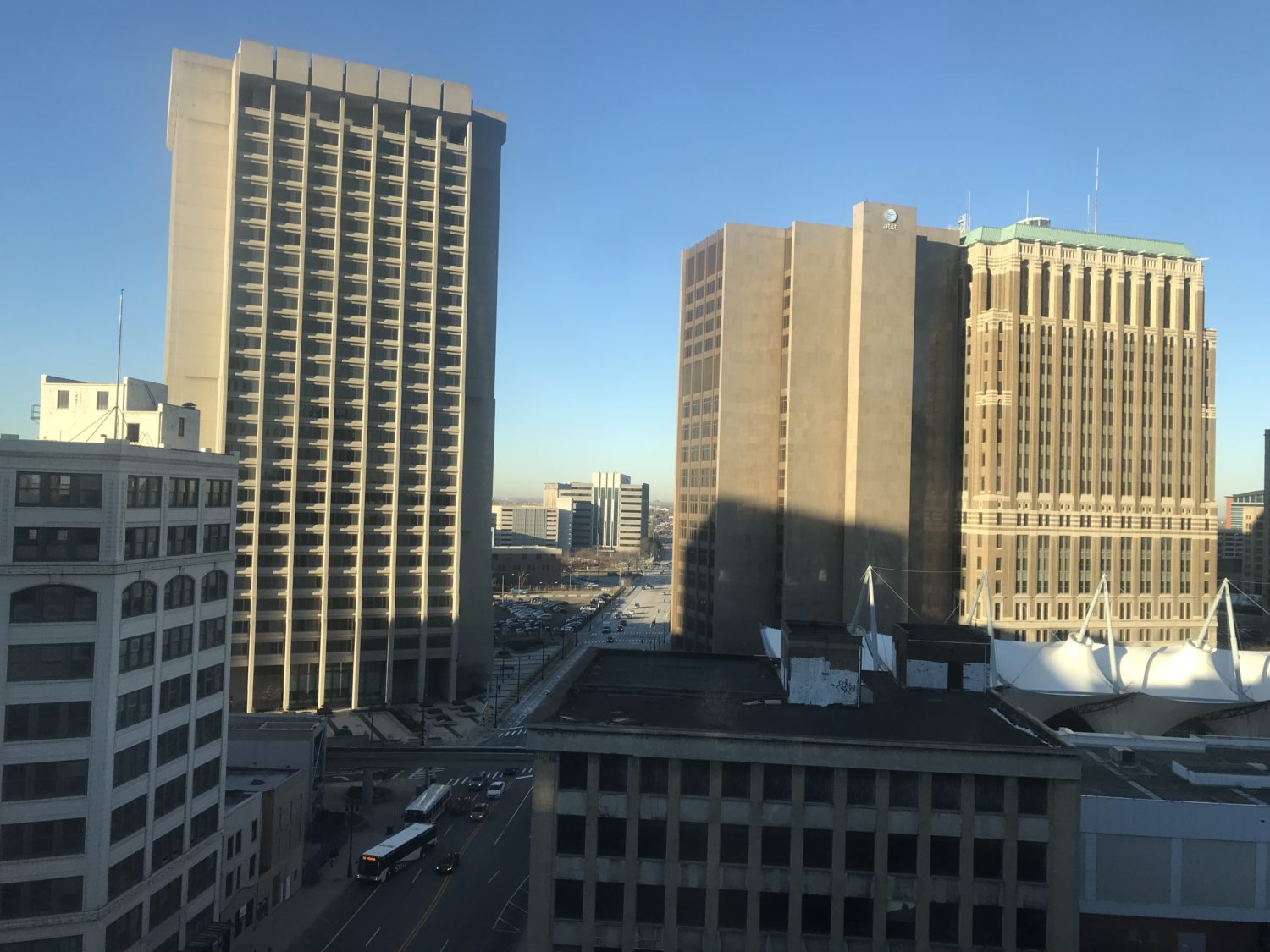 Good morning, Little Caesars Arena. I’m not sure what to make of all this. It’s obviously exciting to see such a beautiful, state of the art rink in downtown Detroit, but Joe Louis Arena’s retro charm, lack of amenities and deafening acoustics were such endearing qualities that made you overlook the darkened and crowded concourses, and from a media perspective, a press box that necessitated the use of barstools. As a visiting fan in the late 90’s and early aughts, there was always something foreboding about pulling onto the Lodge Freeway after the long drive from the suburbs. “This is it. You’re here. You’re playing the Red Wings, in their home, and don’t expect much to go your way over the next three hours.”

It’ll also be interesting to see the Pistons’ footprint in their new arena. To use the Los Angeles parlance, arriving in Auburn Hills from the western suburbs meant criss-crossing metro Detroit by taking the 14, to the 275, to the 696, to the 75. These freeways were largely free of traffic, and very often under construction. When the Lakers rolled through town my freshman year, the first year of three consecutive championships, Los Angeles’ 19-game winning streak had ended in Washington the night before. During player introductions prior to the game, I still remember how much attending a game featuring the Kobe and Shaq Lakers, even immediately prior to their title run, felt like a major sports event, and the Pistons were a Mike Tyson challenger. They played like one, too, losing by 28 points. John Salley scored six points – for L.A.

Now the Wings and Pistons are downtown, just across the freeway from Comerica Park and Ford Field and only three Detroit People Mover stops and a brisk walk northwest of Greektown Casino, where I may have spent too much time on Thanksgiving morning my senior year prior to a Lions-Patriots game. (Don’t ever do that.) While we’re on the subject of Detroit sports venues and infrastructure, here’s fun Deadspin article from three years ago illustrating the toll 12 years of abandonment had on the Pontiac Silverdome.

REMINDER: With the right investors, the Silverdome could be the greatest laser tag facility in human history.

Demolition of the Silverdome is set to begin this Sunday.

Unless you’re fascinated by runway lights (guilty!), there was literally nothing to see when we landed at Detroit Metro yesterday evening, just before 6:00 p.m. ET:

The Kings will hold a morning skate at 11:30 a.m. PT at the new rink. Photos, updates, news and notes from the morning skate will follow. Let’s talk soon, Insiders.

Saw my first game here in 1999, and tonight was the first Kings win I've seen or covered here in 16 years. When things are going well (and they almost always are), this is among the loudest and most intimidating buildings in pro hockey. Fun place to watch and work a game, whether Wings, CCHA Super Six (RIP) or UM-MSU college hockey nights. I'll miss The Joe.