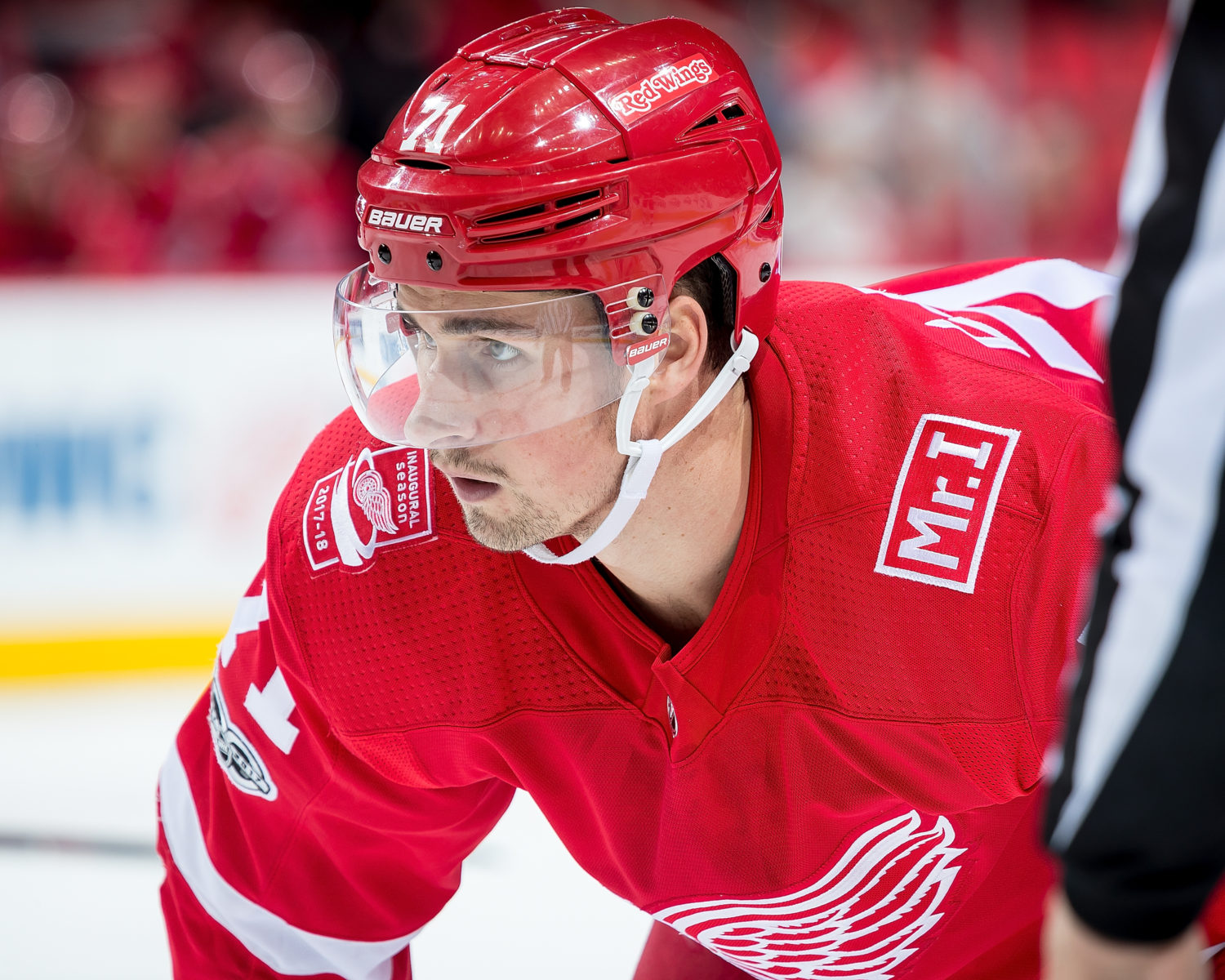 Speedster Dylan Larkin joined LA Kings Insider from the Red Wings’ dressing room inside Little Caesars Arena, where his locker stall was situated between Luke Glendening’s and Justin Abdelkader’s. That’s a row of Michiganders who remained in-state to play NCAA hockey, and Larkin discussed the in-room college hockey talk that takes up some of the time that the players spend off the ice. Larkin also shared his impressions of the early-season boards and ice quality at Little Caesars Arena, and how continuity has been key as the Red Wings have familiarly resumed their standing among the league’s top power plays following an outlying season in which their man advantage was inconsistent.