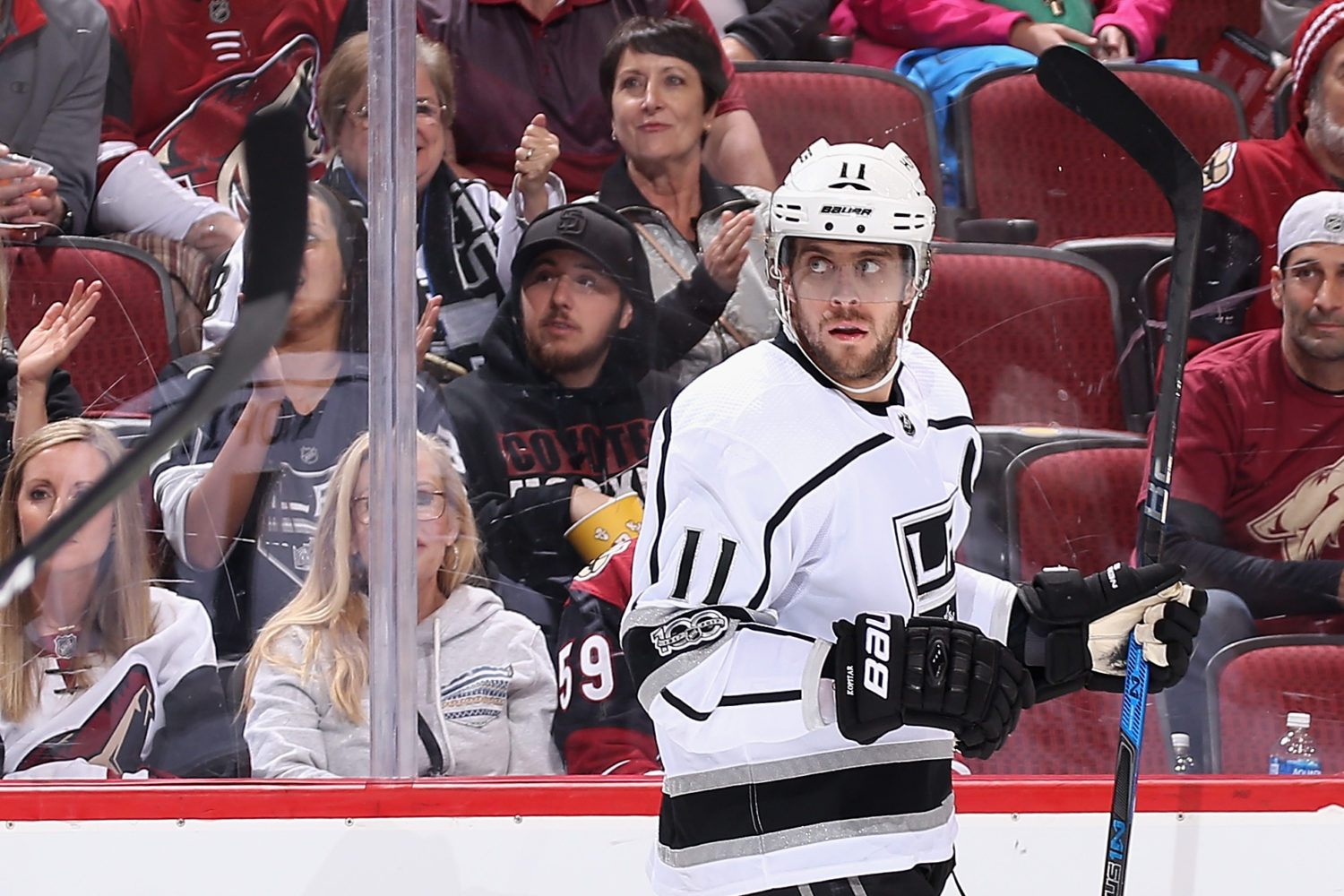 On expectations for tonight’s game against Anaheim:
Well, it’s a big division game. The last time we played, it was as expected – a pretty spirited affair. I think there’s a lot at stake for both teams. The games in the division are extremely important games. I think both teams have had some ebbs and flows to their season and had to absorb a lot of injuries, but I think both teams understand how valuable these points are within the division. It doesn’t matter if we’re at home or on the road. I think both teams come ready to play, both teams will play hard, and there’s usually a good amount of emotion in the game, so we’re not expecting anything different tonight.

On Marian Gaborik’s return to the lineup:
I thought he did a really good job of getting ready to play. I think physically he got himself ready to play, but if you just watched him go about his business leading up to that game, I thought he did a really good job of mentally preparing to play, and he really wanted to sit down and go over details of systems, he really wanted to get some timing back in practice, he wanted to get in some battle drills. I think he really wanted to get his mind around not just being physically ready, but mentally ready, and I thought he came in and played really well. That’s as good as we would’ve hoped he played. He created some really good chances, he attacked with his speed, he was tough on the puck. I thought that line might’ve been our best line last night, and he had a lot to do with it, so it was really pleasing to see. I think the challenge now, you get geared up for that first game, and now it’s a matter of tough schedule, back-to-back, getting ready to go on the road. We’re just going to help him with his recovery and get him back to that same place every day.

On any positives from last night that he hopes will carry over:
At the end of the day, it’s about winning hockey games. I think we’ve done some good things, but the one thing we did talk to the group about today was just raising the expectations for ourselves. You can go out there and do good things, but you’ve got to expect to do good things every shift, and you’ve got to expect to do enough things to make the difference between winning and losing. There’s affine line between winning and losing, and I think we’ve got to crank up those expectations a little bit, and when you expect to win, you usually end up winning. This group’s done a good job. They understand that. They understand how hard it is to win, and they understand you can’t let your guard down for even a shift or it could end up costing you the hockey game. I think we’re well aware of what it takes to win.

On whether this game has the potential to “galvanize” the group and provide a spark:
Quite honestly, it’s one game. We’re looking at it as one game. If you look at the stretch we’ve had behind us, it’s something you want to look at and learn from it, try and get better from it. You can’t change what’s behind you, but you can learn from it to help you moving forward. This is one game at home here before we head on the road. It’s an important division game, and that’s the way we look at it, so we’re not trying to galvanize anything. We’re just trying to get back on the winning track against what quite honestly is a tough opponent. They play hard, their defense is getting healthy, they have great goaltending and they’ll play hard. It’s a good test for our hockey team, and it’s a good opportunity to get our emotional juices up to the level necessary to win a hockey game.

On Anze Kopitar’s heavy ice time, and any plans to reduce his usage situationally:
We’ve done that, quite honestly. Penalty kill, we’ve used a lot of times eight guys. Last night he got caught out there for a couple extended shifts for the penalty kills. I think Jokinen, the addition of him, Mitchell coming on board, can help with faceoff situations, and I think the one thing I’d like to see with Kopi is his shift length come down a little bit. It’s not so much the number of shifts, it’s the length of shifts that’s getting his number up, and part of that is a guy like Kopi wants to make a difference all the time, so if he gets a puck in the neutral zone, it’s maybe later in the shift, he sees an opportunity to attack, and then you attack in the offensive zone, and you can’t get off and you’ve got to stay out there going back in your own zone, so if anything – and we’ve looked at that – the number of shifts, a lot of times, is OK. It’s the length of shifts that we’d like to get down a little bit, and that’ll influence himself and the people around him.

On only one power play over the last four games:
A lot of times when that happens, Daryl, you’ve got to want to look at and say, ‘well, what are we not doing to draw penalties?’ I actually think the last couple games, the forecheck’s been more effective. What I would like to see is a little stiffer net presence, and more of a focus on maybe beating guys off the wall and driving into those seams. I think those are the situations where you can really force teams to defend, and a lot of penalties are taken in those situations when you force teams to defend, when you attack offensively. And it’s about toe-dragging guys, it’s just seeing a little bit of a space and getting a little bit of separation and driving the inside.