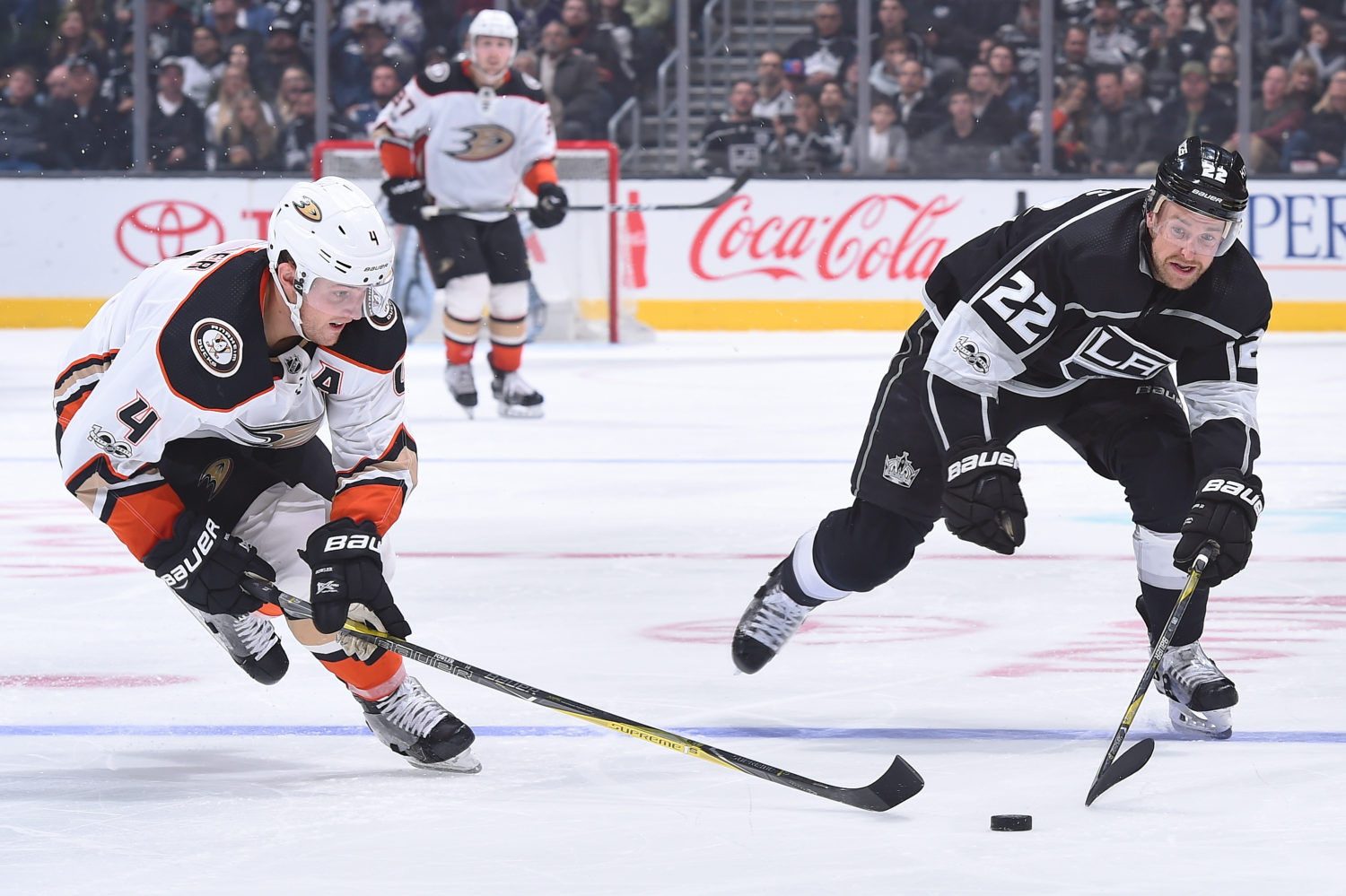 Dustin Brown, on winning a low-scoring game:
Yeah. I mean, especially the second period, we had a lot of really good looks and couldn’t find the net, and Millsy played really well for them, I think, throughout the game, really. He made a lot of huge saves. These are the types of games you need to find a way to win when you’re having a hard time getting the puck. I thought we had a lot of really good looks. We’re not getting to the net, and it’s just kind of staying with it. I thought tonight was our best effort in terms of staying with our game plan throughout the game, regardless. Lately we’ve been getting behind in games and chasing the game a little bit. Tonight, I thought we stuck to our game plan right to the end.

Brown, on whether doubt creeps in during an extended slump:
There’s always a little bit of that, I think. Confidence is a funny thing. When things are going great, you feel like you can beat anybody. I think it’s times like these that kind of build the character of the group for the long term. Adversity is always good. I think it’s better to face this type of adversity early in the year, see what you’re really made of. [Reporter: What do you think you’re made of at this point?] We’ve got a lot of work, quite honestly. We got off to a good start, and I think we’ve had a big serving of humble pie, really. Now we go on the road where we can hopefully get that workmen mentality. We have a good team, we have a good group. It’s just a matter of playing the right way and getting that swagger.

Brown, on outside judgement that the recent stretch is similar to last season:
Maybe from the outside with the goal scoring being down the last 10 or so games, but there’s a lot of frustration in the room the last seven or eight games, but frustration because we want to be better, not any other type of frustration, so I think that’s a good sign for us. When things have gotten tough, we’ve gotten more mad.

Trevor Lewis, on needing a win:
Yeah, it was huge. Especially against those guys, it’s always an emotional game. These are easy ones to get up for, playing these guys. It’s always a physical battle out there. Obviously it’s huge for us to get the two points.

Lewis, on the game-tying goal:
They always say, ‘be ready for 60 minutes,’ and it took us to the last minute. It was a big faceoff win. I just kind of got to the net. I saw Brownie wrapping it, so I was just trying to hold those guys, pick ‘em as much as I could, and Brownie made a good play taking his time and getting the puck up.

Lewis, on whether he was aware of Ryan Miller’s shootout tendencies:
I think I’ve shot in two shootouts in my life, and one was against him. [Reporter: Did you score it previously?] No, he didn’t bite at all. I think he studies shooters a lot, and I’ve shot on him summertime quite a bit, so I think he kind of knew what I was going to do, so I just switched it up, and fortunately it went in.

Lewis, on optimism in advance of the road trip:
Definitely. It’s no secret we’ve been struggling a little bit here lately. It’s always nice to get a home win right before you get on the road.