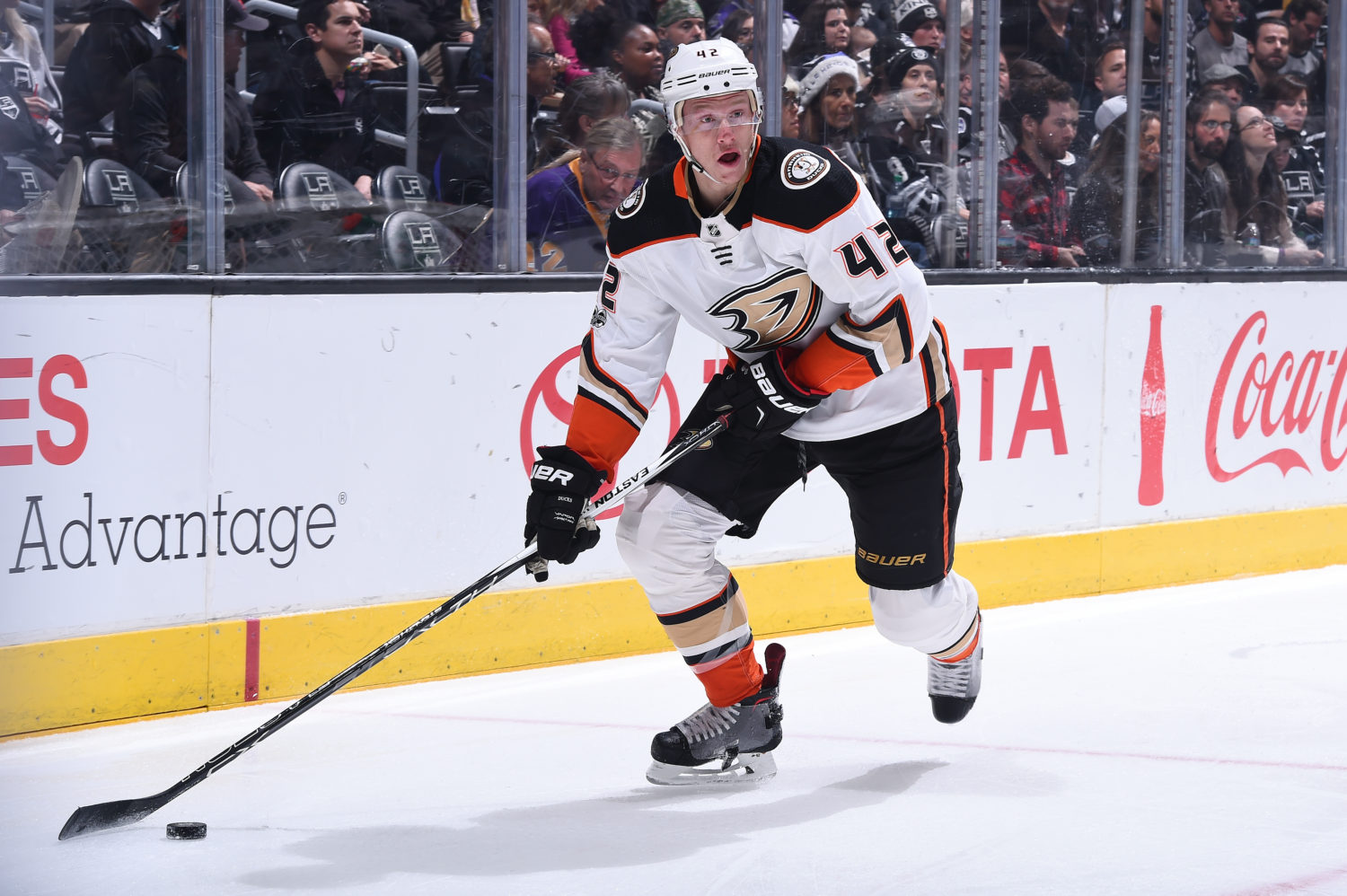 Randy Carlyle, on his overriding emotion following the game:
I thought that our work ethic was strong and our compete level was where it needed to be. And these are the type of games that separate men and boys. And I thought our hockey club competed as hard as it’s competed in any game this year.

Carlyle, on limiting the Kings’ shot selection:
Well again, we know we’re stressed our lineup to bare bones here. So all you can ask is your players to give you what they did tonight and we’re not going to be critical of them. I thought they left it out on the ice. They gave us everything they had.

Ryan Miller, on whether this was one of the team’s best performances over the stretch:
Yeah for sure. I think the intensity was there, engaged from the puck drop and you know both teams only scored once but I think both teams were really committed to playing a hard game. So that’s what you’re going to get.

Miller, on whether he considers this game pivotal, even early in the season:
I mean we need everything we can get. We know what we got coming down the barrel. So effort like tonight is going to go a long way. It’s frustrating to walk out of here without the two points but I thought we fought really hard and it was actually the kind of game we needed so see if we can keep it going.

Miller, on whether he was well-rested:
No I’m fine. My game is pretty simple. I know what I want to do on the ice and I’m able to do it. Youknow, then I’m in the play and more often than not, you’re going to get hit with pucks, so it’s just trying to stay inside the play, keep moving and keep finding the puck. I feel like I’ve set up some good practices to keep the timing going. I mean I’ve done it enough over my career that I can be ready when I need to be.

Kevin Bieksa, on whether this was the type of game the team has been looking for:
Yeah we were letting a few too many scoring chacnes and shots against for three, four game segment there. And we were still getting wins there until a couple caught up with us, so we tried to clean that up a big. I think tonight, d-zone was pretty good tonight. And I know we had a little too much of it in the second period, but kept a lot of shots to the outside and played good enough to almost get the shutout there, but they got one and losing in the shootout sucks. We all know that.

Bieksa, on the intensity of a strong rivalry game:
Yeah I think this team always brings out the best in us. I think there’s obviously a pretty strong rivalry there and as you can see the emotions are pretty high right off the bat. And you’ve got everybody going. It was a great game. It was physical. It had a little bit of everything. You could tell that we wanted this one. You win it in the shootout or overtime and you feel like a million bucks and you lose you feel like a zero. So right now we try to take away the positives and start heading out East and make some noise.

Bieksa, on the importance of this game to staying in the thick of things:
Well its tight right now, really tight. And you keep dropping and you’re at the very bottom and a few points, a win or two, and you’re at the top. So you want to be in the thick of things. You don’t want to be swinging too far either way, well too far down, and it’s important to keep getting points.

Bieksa, on whether the Ducks are playing a simpler, more grinding style:
I don’t know if we play a simpler grinding style. I think we kind of have a style that suits our team and the personnel in it. And yeah, right now I don’t know if it’s a grinding style, but it’s high percentage, it’s pucks deep, it’s physical. We’ve got a physical team and you play to your strengths, right? Just like you do with that vest.

Bieksa, on his fight with Andy Andreoff:
Yeah I know I think if you’ve been in a lot of fights before, you don’t really celebrate the wins too much because you know with the wins come the losses and fighting’s a tricking thing, right? It’s bare knuckles and I mean, I hope he’s okay. I’m glad to have won the fight, but I hope he’s okay.

Hampus Lindholm, on what his vantage point was on the Kings’ late goal:
I don’t know. It’s a tough goal. Obviously you don’t want to let in goals that late in the period, but that said, they did a good job too. We kind of got tangled up and couldn’t find the puck and he goes around the net, see Miller makes a hell of a save, and he gets it right back on his stick. And those goals, you cannot always do something about them but obviously you learn something from it for next game.