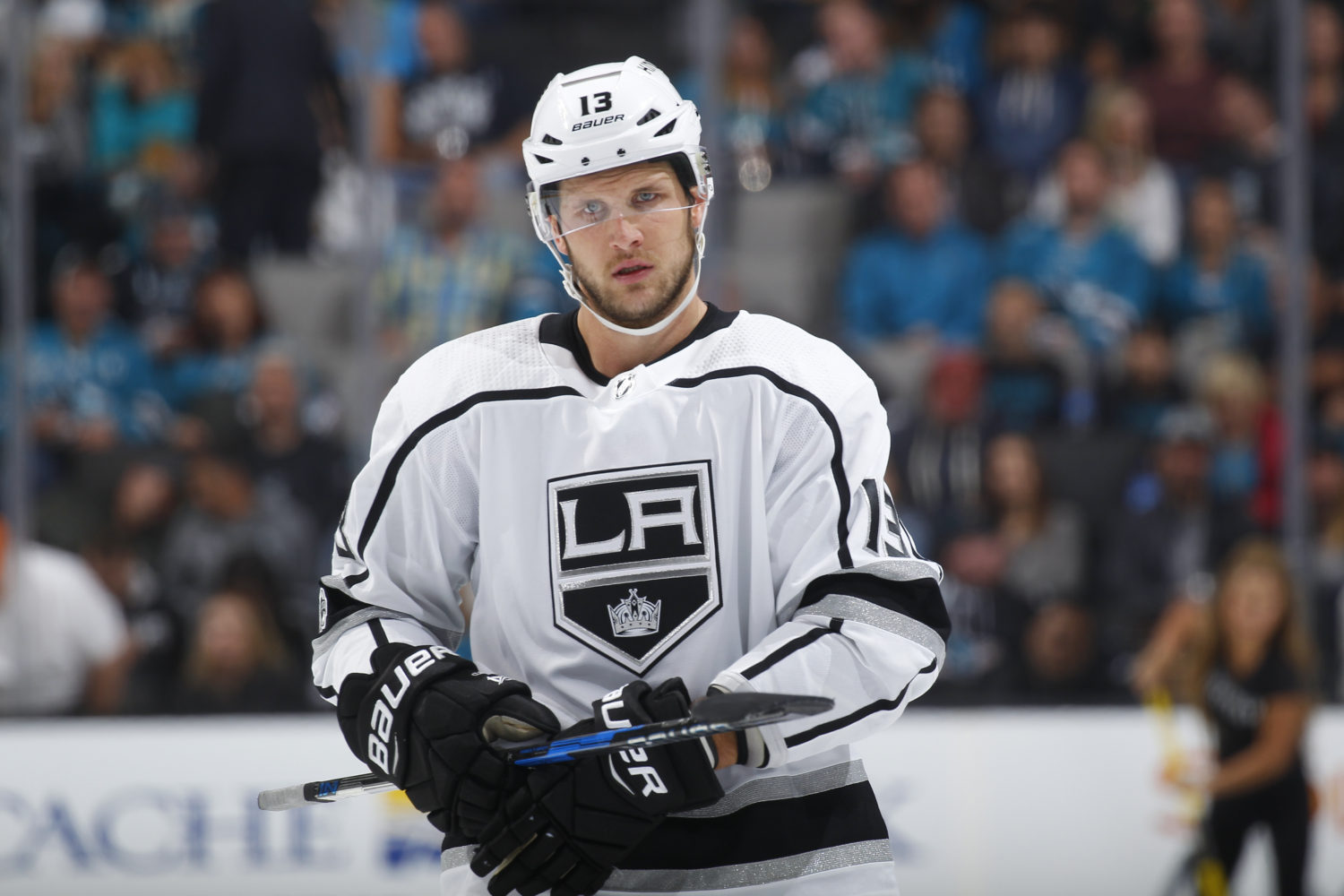 A good afternoon to you from Staples Center, Insiders. The Kings gathered at Toyota Sports Center at 10:00 a.m. today, but on a second half of a back-to-back with some minor travel, it wasn’t a practice day. Best to save the energy for the game, because the first #FreewayFaceoff offering was the hockey representation of trench warfare. The Kings and Ducks will renew their acquaintances at Staples Center at 7:30 p.m. tonight (FOX Sports West / FOX Sports GO / FUBO TV / KABC 790 / I Heart Radio).

-It wasn’t a real morning skate, so there’s no real sense of any lineup adjustments. Expect Jonathan Quick to get the nod one day after Darcy Kuemper went over 60 minutes. The only players to take the ice were Torrey Mitchell, who is ineligible to play as the team waits for his work visa to go through, Nic Dowd, who is day-to-day with a minor, undisclosed injury, and Kyle Clifford, who continues to work his way back from an upper-body injury suffered in the third game of the season.

-Meanwhile, Brooks Laich cleared waivers, and the Kings announced today that they assigned him to AHL-Ontario. The Reign didn’t practice today in advance of tomorrow’s 3:00 p.m. home game against San Antonio, so there are no indications at this time on any sort of expected availability.

-Los Angeles is 1-6-1 in its last eight games, but it’s not always whether you win or lose, it’s whether you’re ‘winning’ or ‘losing,’ right? The question is posited in context of the scoring chances the team has allowed, and whether that number has trended down in recent play. The Winnipeg game seemed to represent a tightly checked game with minimal chances, but that hasn’t necessarily been the recent norm.

“Two games ago, I think we’d come down a little bit,” said Goaltending Coach Bill Ranford, who is among those to track chances against. “Last night we were really good until the last minute of the game in overtime. That jumped us right back up to a little high, but I think if you take out the overtime where the last two games have been back management, where we want them at.”

So, there have been some intermittent stretches of improving chances and shots against, but it has still been a challenging November stretch.

Some of the challenges the team has recently faced have been due to unforced errors, which makes tonight’s game against the heavy, forechecking Ducks a particular challenge. On the other hand, the type of ultracompetitive rivalry game surely brought out the best of the group during a 4-3 overtime win at Honda Center two and a half weeks ago.

-Kyle Clifford has been known to binge watch television shows from time to time. He was – if you remember back to the halcyon days of 2013 – satisfied with Breaking Bad’s finale.

As for Stranger Things 2? Well…

“I didn’t like the way it ended,” Clifford said. There are one or two reasons he shared, but this Morning Skate Report will remain spoilers-free. He otherwise enjoyed the reboot, apart from the ending.

“I like the way I’ve been gone for seven weeks and you lead with a TV show,” he shared.

Guilty! But Clifford has had some couch time recently. He suffered an upper-body injury in the October 11 overtime loss to Calgary, a setback that has limited him to more time in front of the television than on the ice. That’s changing, though! He is slowly being integrated back into the collective group, and while he’s still a ways away, has progressed to the point where he’s not just working out or skating by himself but actually handling pucks.

“Definitely coming along. Been skating a week now, so a little bit of shooting today,” Clifford said. “It’s progressing well and [we’ve] got a great team of doctors and personal trainers around helping me condition and rehab and all that stuff. So, credit to them.”

He shared that there’s no real timeline on when he’ll be able to practice with the full group, but he assumes “hopefully pretty soon here.” It’s still being discussed as to whether he’ll travel to Detroit with the team on Monday. He’s not in any pain, but noted that he’s still aware of the injury when making upper-body movements.

“There’s some range of motion stuff and just a couple more things, a couple more hurdles we’ve got to work through, so it’s definitely coming along,” Clifford said.

Naturally, the ultracompetitive team-first player wants to be on the ice with his teammates, especially after having struck a chord with Nick Shore and Trevor Lewis during preseason and early regular season action.

“Any time you’re injured. it’s definitely frustrating. Nobody wants to be injured,” he said. “Everybody wants to play and be with the guys and help the team and contribute. It’s rough, and I had Gabby and Carts there keeping me company for a little bit. Gabby, he’s all grown up now, he’s moved on.”

Whether or not it’s in solidarity, much like Marian Gaborik and Jeff Carter, Clifford has grown a beard.

“It’s just been getting lazy, trying something new,” he said. “Trying to keep busy any way I can.”

-Anaheim still faces major personnel challenges. They’ll be without Ryan Getzlaf (facial surgery), Ryan Kesler (hip surgery), Patrick Eaves (Gullain-Barre syndrome), Ondrej Kase (head) and Jared Boll (lower-body), all of whom are on injured reserve. By removing Kesler and Getzlaf, they’ll continue to rely on Derek Grant and Chris Wagner as top two centers, and it’s possible that defenseman Korbinian Holzer could continue to play right wing on the fourth line. One addition that the Kings have not seen before is Mike Liambas, a 28-year-old who was suspended for the remainder of the year early in his 20-year-old OHL season with the Erie Otters for a vicious and notorious hit on Kitchener defenseman Ben Fanelli in 2009-10. Liambas, who earned his first career NHL point in his fifth game yesterday, has appeared in four consecutive games for the Ducks. In 11 prior major junior and professional seasons, he reached double digits in points once and triple digits in penalty minutes nine times, topping out with 267 with AHL-Milwaukee in 2013-14. John Gibson started yesterday, and the expectation is that the Kings will see Ryan Miller tonight. Miller, 37, is 9-5-2 with a 2.44 goals-against average and a .930 save percentage in 17 career games against Los Angeles.

-Tonight’s officials are referees Kyle Rehman and Ian Walsh and linesmen Vaughan Rody and Ryan Gibbons. Pia Toscano will sing the national anthem. I’ll have some John Stevens quotes at 6:00 or so, Insiders. Let’s talk soon.

Before tonight's #FreewayFaceoff, see @Rupper17 & @KevinWeekes break down 2 of the @LAKings' goals from the last time these teams met. pic.twitter.com/0rPDAscDTY