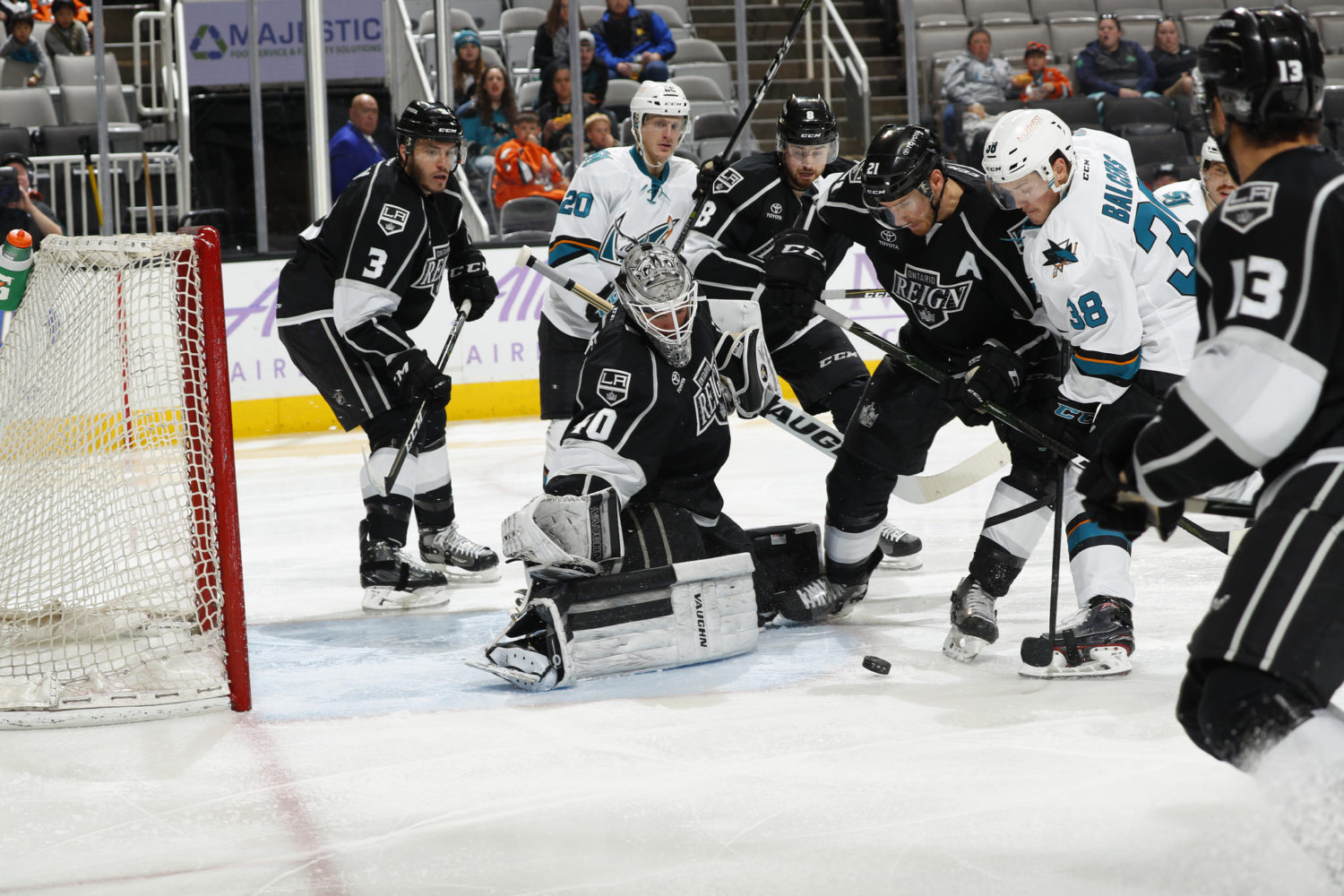 The Ontario Reign are trending the right direction as they look to reach the .500 mark tonight at 7:00 against the San Jose Barracuda at Citizens Business Bank Arena.

Over the last eight games, the Reign have picked up victories in six contests and points in seven, but face a San Jose team that is also moving the right direction with three wins in their last four contests and four over their last six.

The two sides meet tonight for their fourth of eight head-to-head meetings this season and their third quarrel over the last four games. Last weekend, the Reign visited the Barracuda at SAP Center in San Jose, falling 1-0 in regulation on Saturday and earning a 4-1 win on Sunday.

After a 3-1 victory over Stockton on Wednesday, Head Coach Mike Stothers expects “no passengers” coasting around in tonight’s contest.