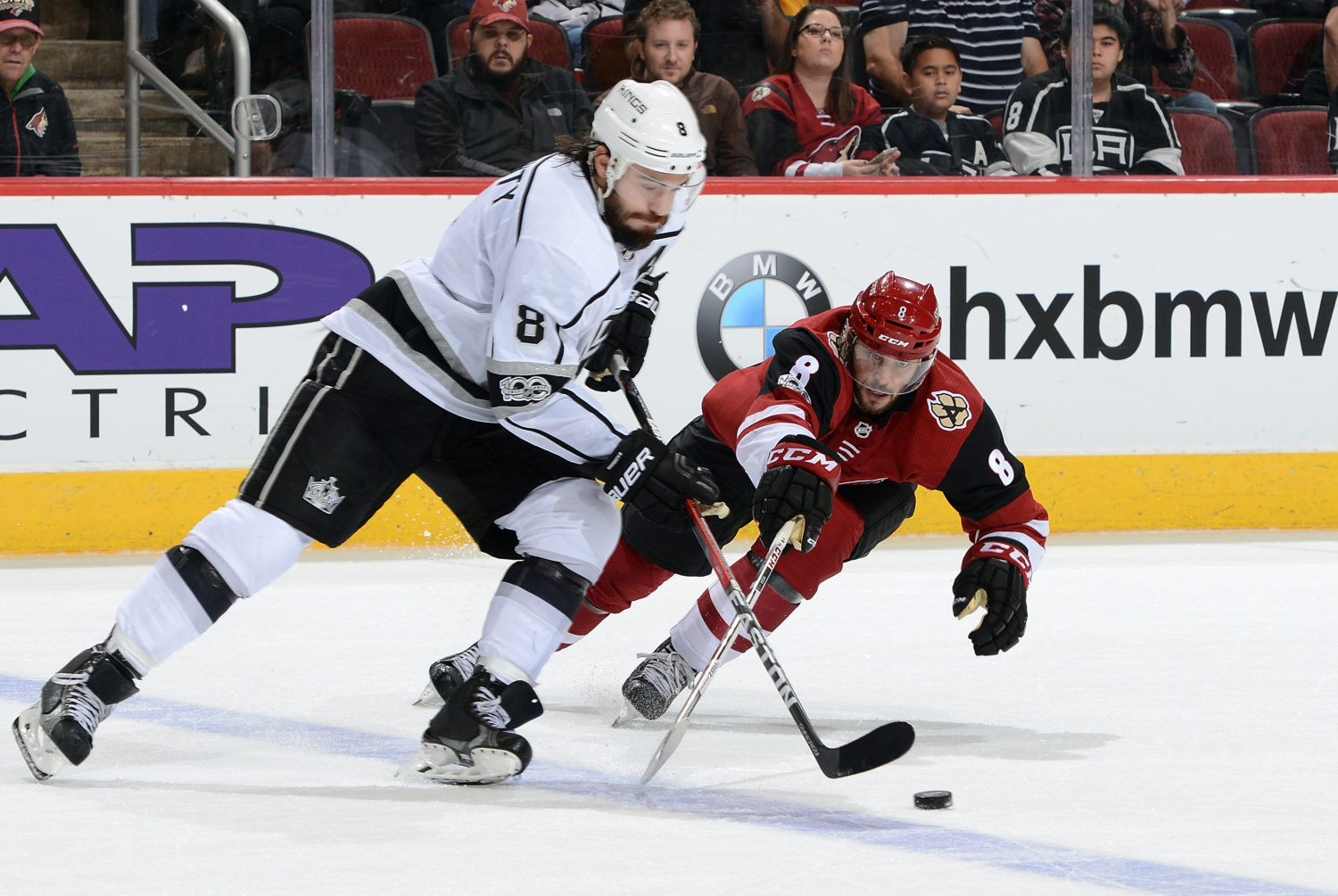 On whether the pivotal play boiled down to not being able to get a line change in overtime:
Well, we had the puck a couple times there. If you could turn it back, I think that maybe some better decisions. We were trying to get a line change prior to that, and I thought we forced the puck up the ice and gave it back to ‘em. I thought they played hard, I thought they battled back in the third period and gave us a chance. Obviously got a point there, but we’d like to get two out of that situation.

On what improved to allow the team to gain its footing in the third period:
Well, we’ve just got to get a handle of managing the puck, We had good momentum in the second period, and then just some fundamental execution plays that I think can allow us to spend more time in the offensive zone, and I did think we shot ourselves in the foot a little bit. By the third period, we got the puck going north a lot better, our support was going in the direction we wanted to go, and it allowed us to generate more of an attack in the offensive zone.

On whether the team has been playing better recently, even if it hasn’t been getting results:
At the end of the day, we’ve got to win hockey games, so let’s not pat ourselves on the back and say we played better. I think the guys played hard. I think the guys were totally invested. I mean, if it was a compete issue I’d be really concerned, but there’s execution in certain parts of our game that clearly have to be a lot better.

On a strong performance by Darcy Kuemper:
He gave us a chance to win, right? At the end of the day, they got a goal off special teams there. You can call three-on-three special teams, too, right? The guys are playing hard. We’ve just got to clean up execution in a couple areas there and I think we’ll give ourselves a better chance. [Reporter: The execution – are you seeing it more as a result of the opponents being able to get in on forechecks, or is it more unforced than that?] I call them unforced errors.

On whether he will look to reunite Marian Gaborik and Anze Kopitar, given their histories:
We’re not sure. I thought that line was good with Jokinen and Brodzinski. The line seemed to be spending a lot of time in the offensive zone. They got in on the forecheck, they had good execution coming out of our zone through neutral zone. I think we just like the line. I mean, Gabby can play with anybody. He’s a good player – he can play left or right. Actually, we thought he was really going. We tried him in overtime with Kopi just because they’ve obviously got a history there. But I’m not sure – we’ll evaluate the game, but Gabby, I’m not sure he’d be locked in, anyway. He can move around your lineup, for sure.