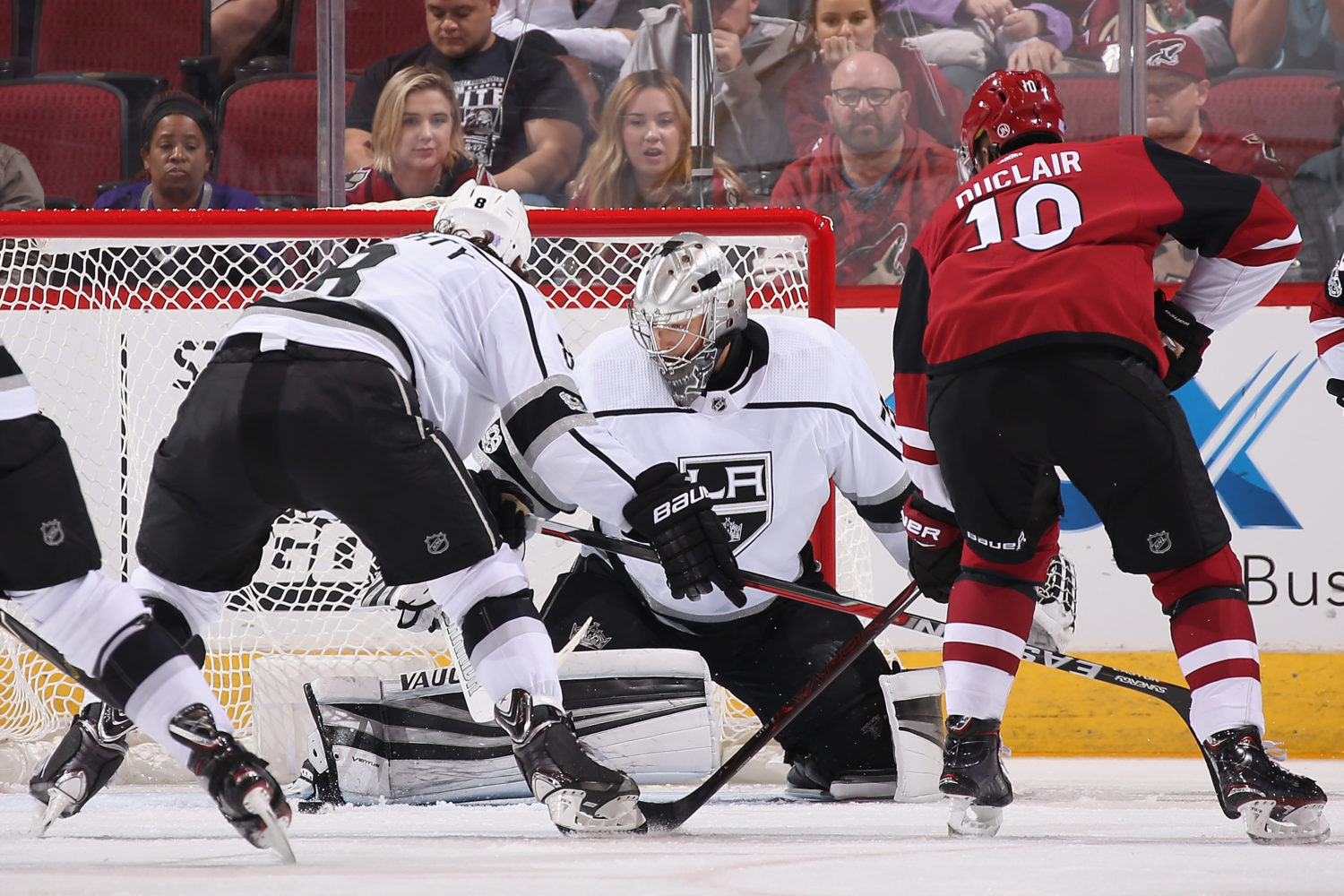 Marian Gaborik, on his first game of the season:
Definitely took me a few shifts to get it under my belt and just felt better and better after that, you know, so getting more comfortable with everything. First few shifts I was just kind of like wondering what was going on around me, but then I got pretty comfortable and from there I got better as the game went on.

Gaborik, on getting pre-game nerves:
I don’t know, I just, I think it happens first time. You know, start of the season, 20 games in. Even last year, I started the season with World Cup, but this year I haven’t played for maybe seven, eight months. So it was definitely jumping into a running train. It’s not like a few exhibition games or something. It’s one quarter of the season is behind us pretty much. But it felt good to be out there with the boys and just to be in this environment and to play a game again.

Gaborik, on whether he noticed changes in the team’s style of play compared to last year:
Yeah, I mean we tried to put it on the high guy there and have a good cycle and make sure everybody was on the same page and I think we’ve done that quite a bit tonight. Unfortunately we couldn’t find a lot of opportunities, but you know I think in those areas we were pretty good. Unfortunate the outcome, but you know tomorrow is another big division game and just got to get a win.

Gaborik, on whether 3-on-3 was a good way to test out his legs:
Yeah, well as much ice time as I can get. It was good to be out there and it felt good to be back for sure.

Darcy Kuemper, on the game overall:
Yeah I thought we played hard, went to overtime. Big third period goal. Yeah just weren’t able to score before they did in overtime.

Kuemper, on the importance of maintaining possession in overtime:
Well usually when there’s shots it’s a scoring chance, so it’s on me to come up with some saves and unfortunately I wasn’t able to control the rebound there and they were able to whack it in.

Kuemper, on whether he felt pretty good otherwise:
Yeah I liked my game, I liked our team game for the most part. I thought we did a great job defensively like we’ve been doing and just weren’t able to get that extra one to win tonight.

Kuemper, on if he thinks the team has been playing better despite the results:
Yeah I think we’re definitely working our game and getting back to where we need to be. You know, right now we’re really close, these one-goal games. It’s definitely coming, we just need to keep working at it and the bounces are going to start coming our way.

Kuemper, on the physicality of the game:
Yeah that’s how we like to play. We’re a big, physical team and they came out with a mindset that they were going to play the same way and like you said, it was physical both ways. Close game, went into overtime, and just unfortunately we were on the wrong end.

Kuemper, on whether it was good to see Gaborik back in the lineup:
Yeah I thought he played really well and we’re all really happy for him. It’s been a long road for him and he’s put up a lot of work so it’s nice for him to finally get rewarded with a game in.