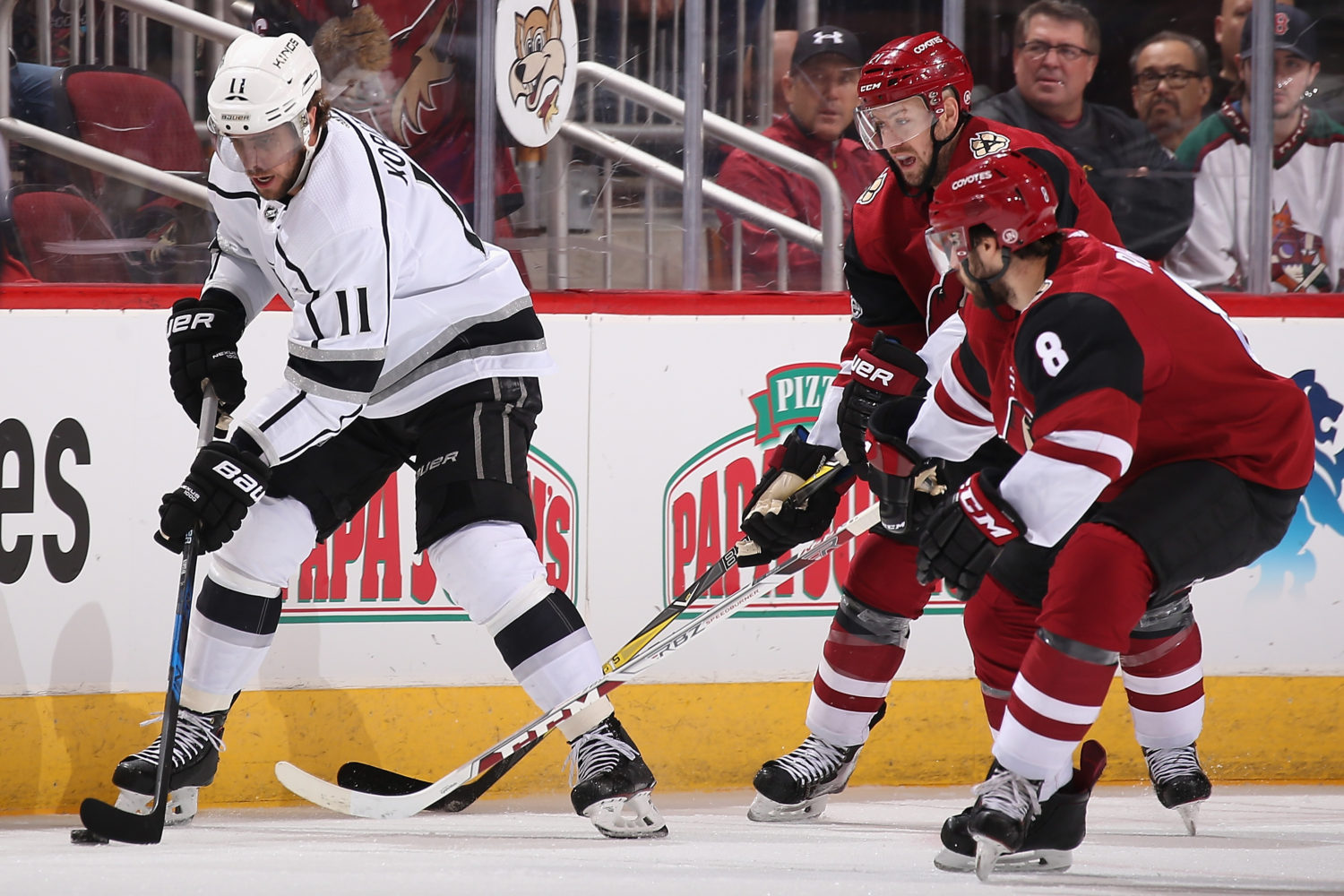 -With the overtime loss, Los Angeles fell to 87-101-35 all-time against the Arizona franchise, a record that includes an away mark of 40-55-18. The overtime loss ended a three-game road winning streak in the series. These teams have three games remaining: February 3 and March 29 at Staples Center, and March 13 at Gila River Arena.

-Los Angeles fell to 2-3 in games decided in overtime in 2017-18 and 26-10 since the switch to the 3-on-3 format prior to 2015-16. Their .722 winning percentage ranks second behind Calgary’s .750. Game-winners against the Kings were scored by Ryan O’Reilly, John Moore, Jaden Schwartz, Esa Lindell, Mikael Granlund, TJ Brodie, Shea Theodore, Sean Monahan, Viktor Arvidsson and Christian Fischer.

-Arizona has scored first in 15 of 25 games this season, the second highest total in the NHL.

-In his first game back from injury, Marian Gaborik recorded one assist and a +1 rating in 13:51 of ice time. He registered one shot on goal as part of six shot attempts and was credited with two takeaways.

The Kings are scheduled to meet at 10:00 a.m. at Toyota Sports Center on Saturday, November 25. If players get on the ice, it is likely to be a mostly optional skate.