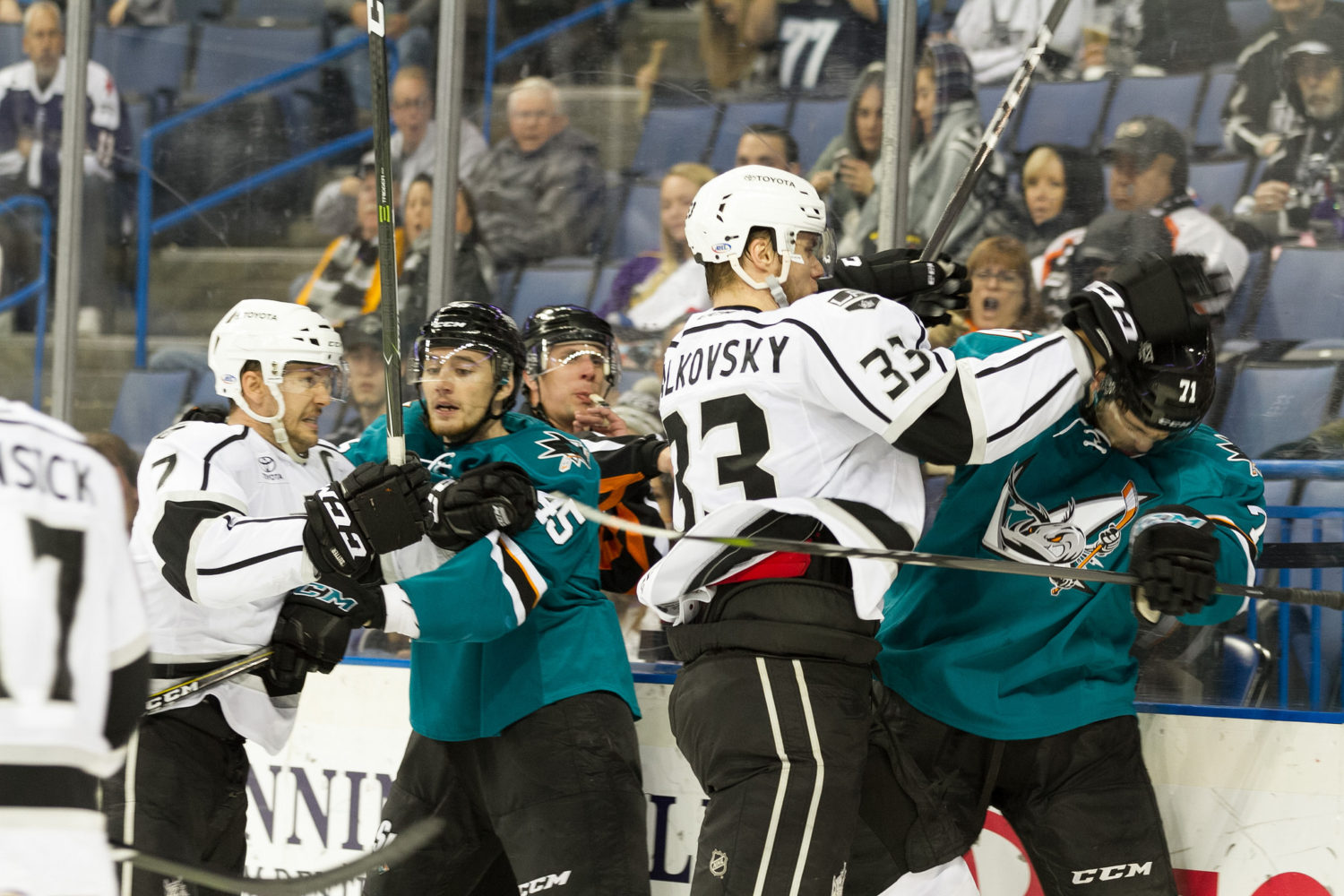 3rd Period:
– ONT Goal: Stepan Falkovsky opens the scoring 2 min into 3rd period and breaks scoreless tie. Walker and Crescenzi pick up assists.
– ONT Goal: Brett Sutter cashes in on a 4on2 rush with Matt Luff at 4:25. 2-0 ONT in a flash to begin the 3rd period.
– ONT Goal: The levy breaks on the SJ defense. Amadio finds Auger on a 2on1 to make it 3-0 ONT midway through the third period. Was 0-0 at start of frame.
– ONT continues to pepper the Barracuda. 3-0 lead with 6:56 left in 3rd. Falkovsky, Sutter and Auger the goals so far.
– 1:35 left in game. ONT up 3-0.
– Cal Petersen picks up his 2nd shutout of the season with 23 saves in 3-0 win over San Jose. Falkovsky with GWG. Sutter and Auger add goals. ONT to .500 now. Jump up to 5th in Pacific.

The @ontarioreign & @sjbarracuda moments away from puck drop. Here is how they will line up. pic.twitter.com/JZF90zaVe6