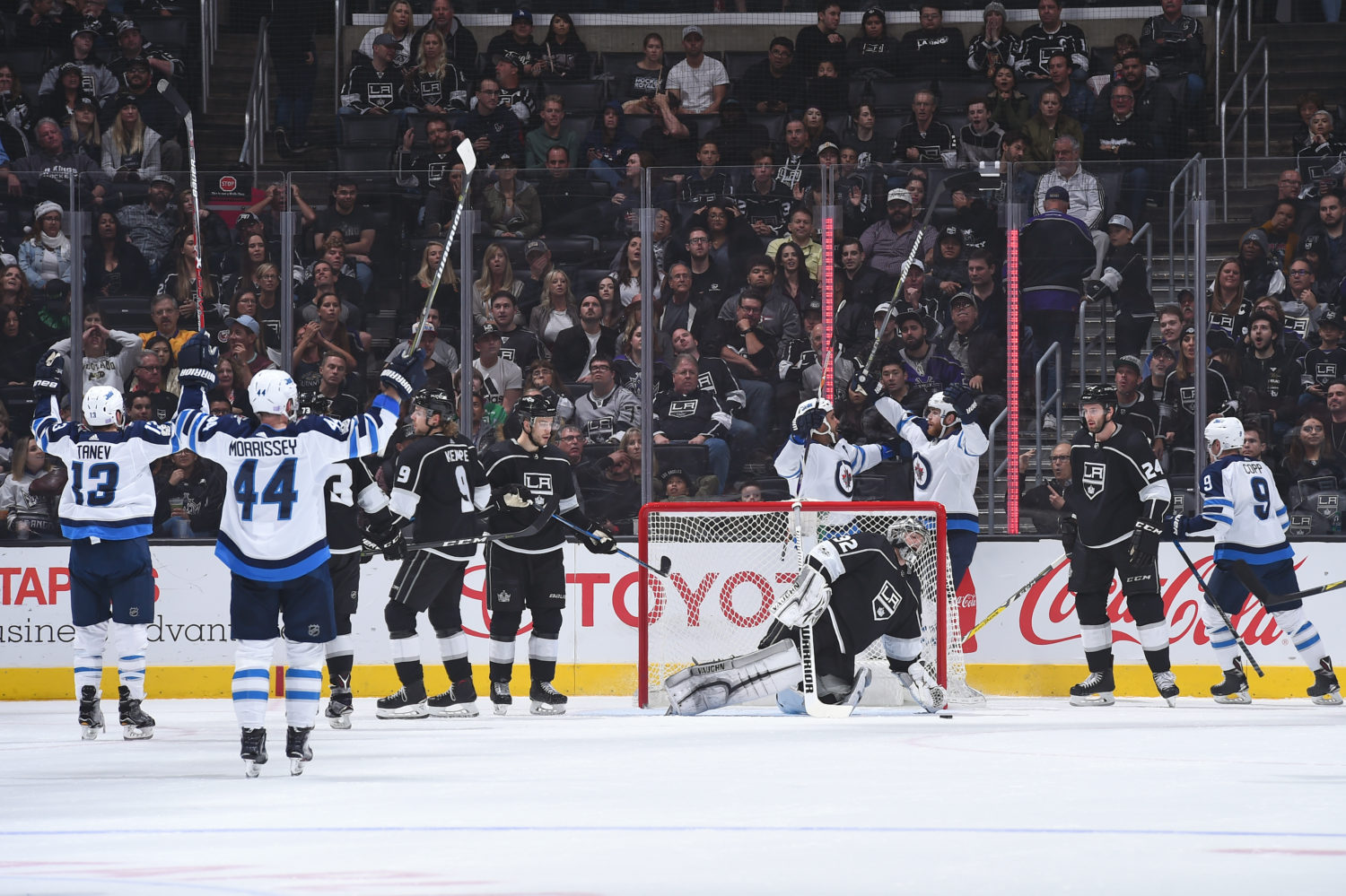 The slow realization of life without Jeff Carter continued to unfold Wednesday night at Staples Center as the Los Angeles Kings could not take advantage of a mostly well-checked game in which they curtailed the Winnipeg Jets’ chances at one end of the rink and showed an ability to get bodies and pucks towards the front of the net at the other. Winnipeg has built an early-season reputation on not having to generate a surplus of shots or chances to win games and for being a team capable of finding success off the rush, and it was at the end of what was very nearly a sawed off rush entry in which they scored an important goal with eight seconds remaining in the first period. Los Angeles had four men back on the play, and Tyler Toffoli appeared to do a good job of stepping in front of Andrew Copp to force what was very nearly a play in the other direction. But there’s no real hard support on the puck, which pinballed and fortuitously hit Adam Lowry in stride as he skated towards the lower perimeter of the right circle and put a backhanded puck on net that caught Jonathan Quick leaning in the opposite direction. That’s a taxing goal at the end of a competitive and even first period and forced L.A. to chase the game. 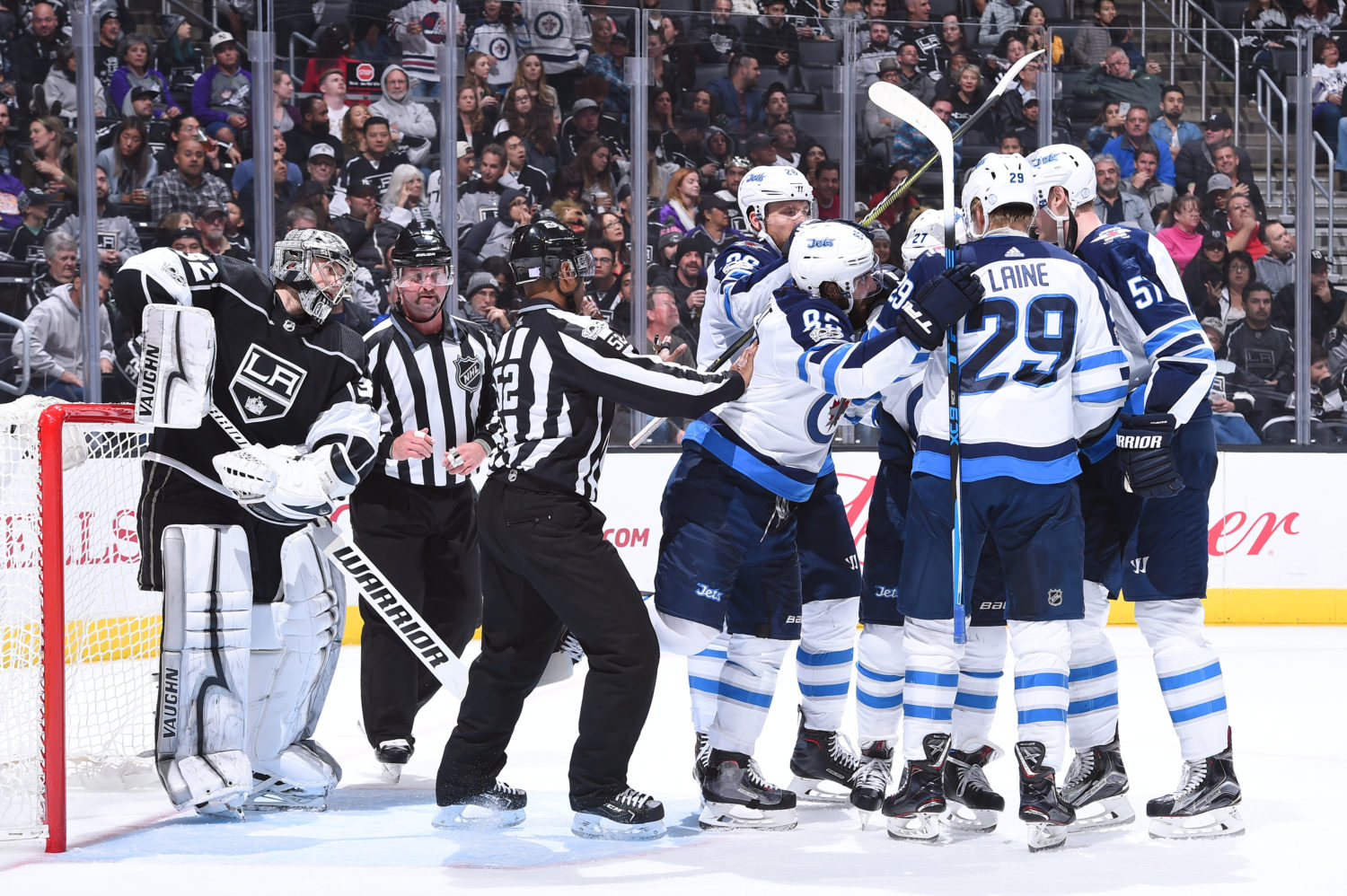 The challenges were familiar. The Kings faced a deficit after the first, and for the third time in the last six games, failed to score a five-on-five goal. And this will continue to be a challenge for a team that can’t call on Jeff Carter’s services until well into the second half of the season, should all go smoothly. Their center depth has been stretched taut, and in games in which Anze Kopitar’s line is kept off the scoresheet at even strength, there are going to be some low-scoring, one-goal games that haven’t recently haven’t been going their way. There are plenty of positives that Nick Shore brings in checking and responsible play away from the puck, but the team needed him to play over 16 minutes as a 3C last night, and he didn’t register one shot attempt. Overall, there wasn’t much to find fault in effort or the overall team game – minus the scoring, they probably checked and executed better Wednesday than they did in the 4-0 win at Montreal – other than the inability to beat Steve Mason clean on a wealthy collection of quality looks around the net. (But, oh, that slap/pass feeling.) 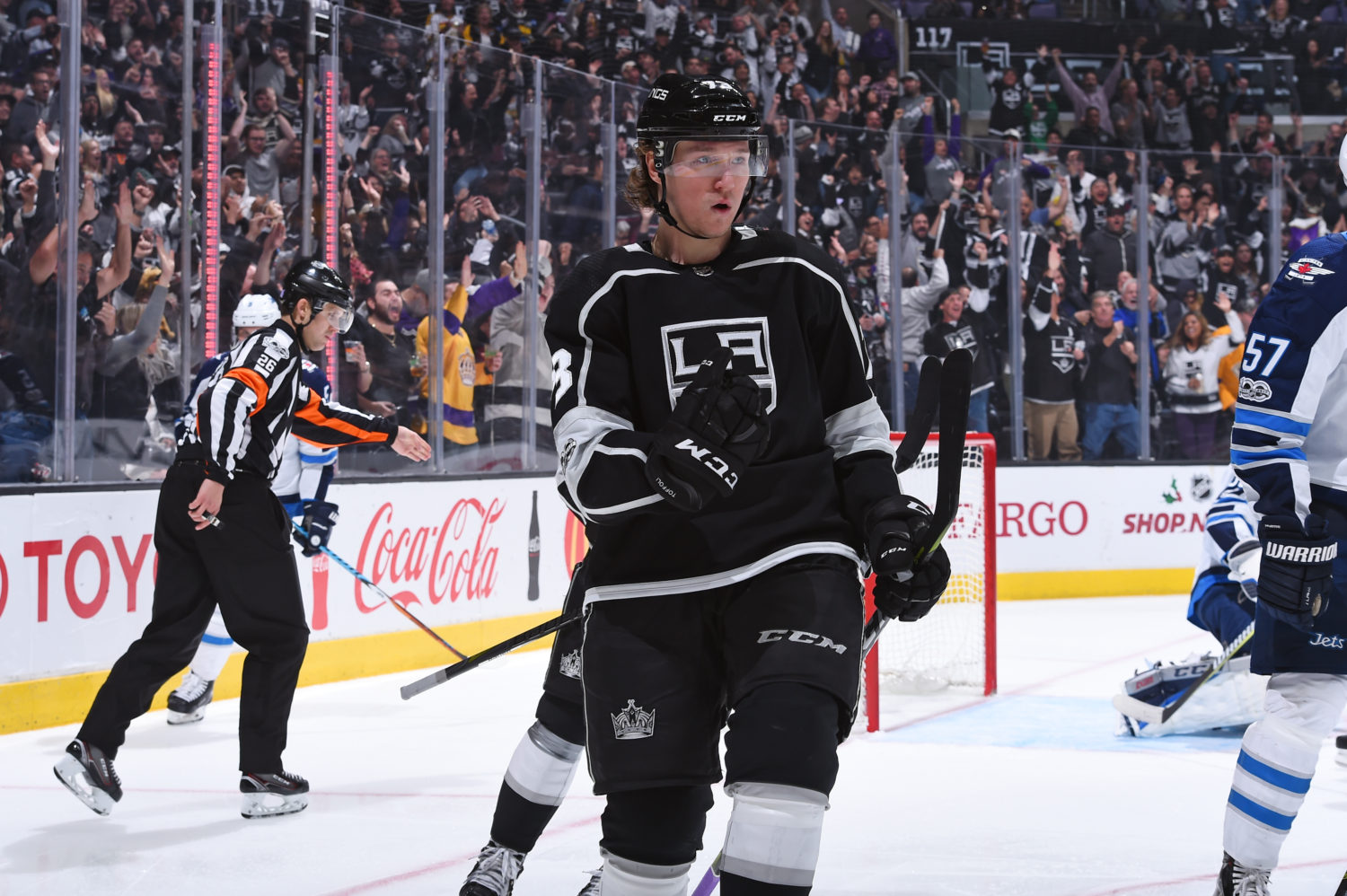 The polarizing play through the first seven weeks of the season have left some on the outside scratching their heads, but essentially, this is market correction for a group that was part of a massive glut of middle-class teams in the parity-rich league that was going to have to fight tooth and nail for every inch on the road towards the playoffs. They’re neither the team we saw in the first 11 games, nor are they the team they’ve shown to be the last 11. They’re somewhere in between the team that shot 9.2% in five-on-five play pre-Toronto and an even 5% in five-on-five play since the Leafs’ visit. While the team has opened up its offense and will score at a higher clip than last year, the possibility that the norm would be an output of around three goals per game is coming into clearer focus as wishful thinking. They’ll look to reassert themselves in Pacific Division play with important games at Arizona and versus Anaheim later this week in advance of a road-heavy, pre-holiday stretch. 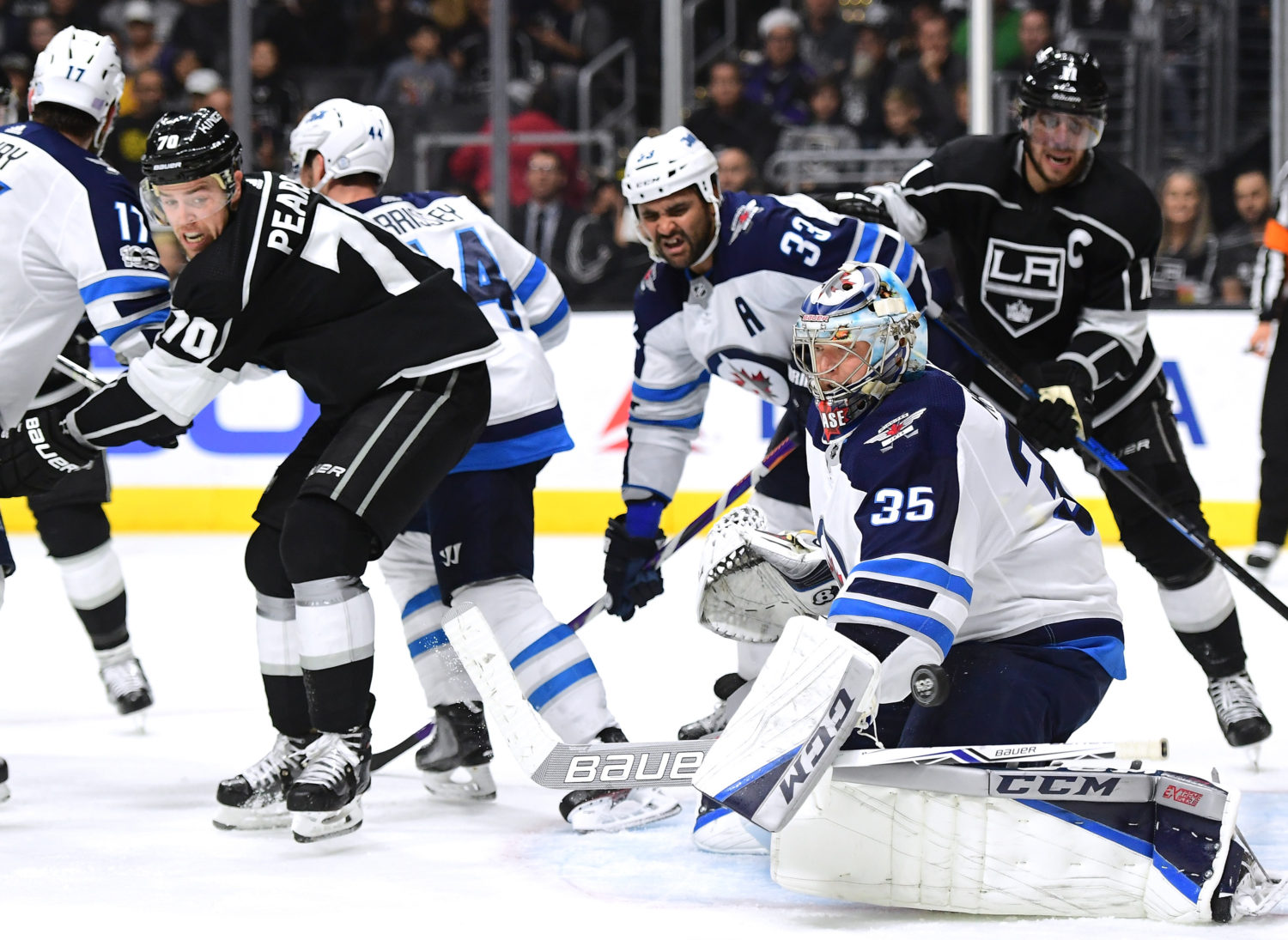