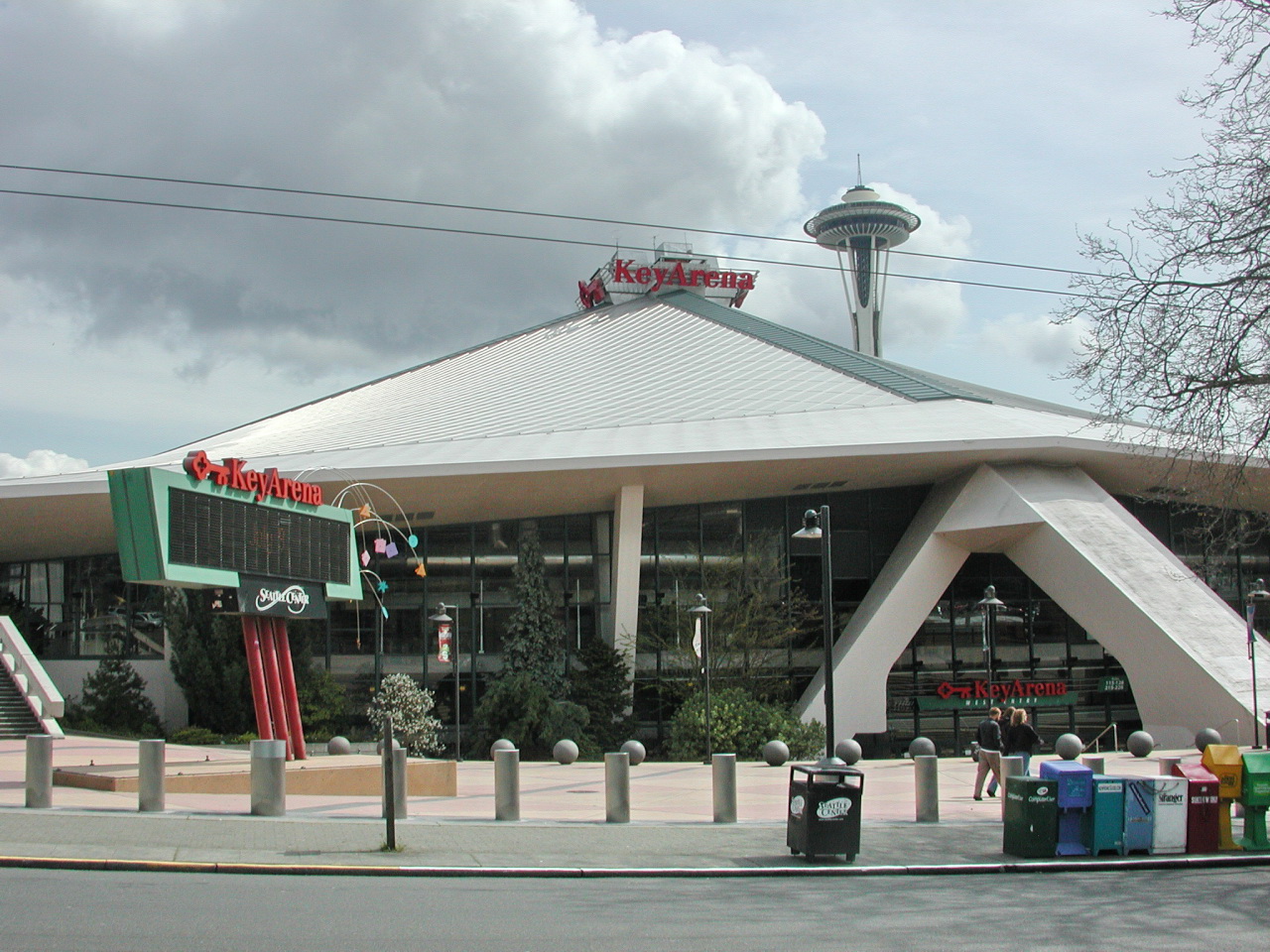 Should the National Hockey League decide to alter its 31-team footprint, there are a pair of American cities with well supported arguments towards being included in relocation or expansion.

One of those cities is Seattle. The Emerald City has always been an enticing option for the NHL, but the lack of a viable arena damaged its previous expansion bid, as did a memorandum of understanding between one potential ownership group, the city and King County, which would have provided public funding only in the successful courtship of an NBA team. When it came time to submit an application for an expansion franchise in the 2015 off-season, no bid was made.

But the Los Angeles-based Oak View Group, a new prospective ownership consortium, counts Tim Leiweke as its CEO and investment banker David Bonderman and movie producer Jerry Bruckheimer as influential figures in its attempt to bring NHL hockey and return NBA basketball to Washington state. They’re planning to spend upwards of $600-million to renovate KeyArena, whose construction and previous renovation made the courtship of an NHL team difficult. The arena footprint limited capacity and necessitated a more rotund seating area that created blind spots from higher vantage points and necessitated a curtain that draped off one end of the arena. A thorough gutting of the property, as OVG would undertake, could change that, though.

There are already two successful major junior teams in the area that draw well, and an additional Pacific Northwest team could form a natural rivalry with Vancouver, similar to the MLS’ awarding of franchises in Vancouver, Seattle and Portland and the in-season Cascadia Cup competition.

“Big city, and the fans that came to our games, the Thunderbird games, were rabid fans,” said Brooks Laich, who appeared in 107 games with the WHL club after a late-2001 trade from Moose Jaw. “I mean, they were awesome.” 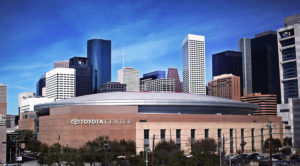 One market that already has a viable building is Houston, and now, the owner of the Houston Rockets isn’t in position to throw cold water on the possibility of NHL expansion or relocation, as did Leslie Alexander, the former owner of the Rockets. As reported by The Athletic’s Katie Strang last week ($), new Rockets owner Tilman Fertitta met recently with NHL commissioner Gary Bettman at the league’s New York offices.

Fertitta, who purchased the Houston Rockets in September for $2.2 billion, went a step further on Thursday, issuing a direct response to Wednesday’s revelations and affirming his interest in obtaining an NHL team.

“As I’ve mentioned before, I’m very interested in the possibility of bringing the NHL to Houston, but it will have to be a deal that makes sense for my organization, the City, fans of the NHL throughout the region, and the NHL Board of Governors,” Fertitta said in a statement released via his official Twitter account. “We are in the very early stage of evaluating what opportunities may exist but there is nothing definitive at this point in time. We are simply asking questions and exploring our options.”

Those questions and discussions are believed to be the impetus behind Fertitta’s recent meeting with Bettman, though Fertitta did not directly confirm the meeting. Bettman, when reached for comment Wednesday night, declined to comment.

Bettman told The Athletic that the league is not actively exploring relocation options, but he did leave the door open to the possibility that Houston could make sense if that should change.

“If Houston were to express an interest in having an NHL franchise, under the right circumstances, it’s something we might want to consider,’ Bettman said.

There are criteria in support of a hypothetical bid that strengthen Houston’s claim beyond that of a typical sunbelt market. The city is the fourth-largest market in the United States, there’s a state-of-the-art building, and the former Houston Aeros were a popular minor league team that thrived competitively and attendance-wise in the WHA, and later the IHL and AHL.

“The pool life wasn’t bad, and being able go barbeque in January was pretty fun,” said Darcy Kuemper, who appeared in 44 games with the Aeros from 2009-13 as a Minnesota Wild farmhand.

Over the last two days, I spoke with Laich and Kuemper about the positives in prospective expansion or relocation to Seattle and Houston. (Bettman told Strang, as published in The Athletic, that “the league is not actively exploring relocation options.”)

LA Kings Insider Having played in Seattle, did you get a sense of that being a pretty good hockey market and able to sustain the NHL?
Brooks Laich: We played in the Key Arena, which was 18,000 people, which is tough to sell out for junior hockey, but the fans love their hockey. I actually saw some improvement in the grassroots, the minor hockey development, which I think if you’re going to have an NHL team, you need to have grassroots minor hockey players because the kids are going to ask their parents to bring them to a game. And I think if you brought a team there, it would really explode on the market. Really, I think the market is ready for a hockey team, for sure.

LAKI: What was it like playing in Key Arena? It looks like it’s back to the forefront of where they would potentially play.
BL: We used to black out the top, so then the bottom lower bowl, sometimes we’d get 10-11,000 fans. The turnout was incredible. The playoff games were like an American Hockey League game. And since, I haven’t been to their new arena. The Thunderbirds have a new one, Everett has a team – I haven’t seen those, but I’ve heard they’re phenomenal places and I’ve talked to hockey players who’ve played there and they say they really, really enjoy playing there and that the fans are tremendous.

LAKI: What was that rivalry with Portland like?
BL: It was great, because we actually knocked them out of playoffs. They were the first seed and we were the last seed to make playoffs and we actually knocked them out in seven games and had some good rivalries that continued on from there. At that time, myself versus Paul Gaustad was a big rivalry within that Seattle and Portland rivalry, and that continued on when we went pro. So, it was the birthplace of many things for me.

LA Kings Insider: Having played in Houston, do you see it as an NHL market?
Darcy Kuemper: Well I think, I mean obviously it’s a big city, and the Texans are there now, and the Astros are doing really well, and the Rockets are a really good team. It’s turning into a pretty big sports town, so I could see why they’re wanting an NHL team. I think we had really good fans when we were there, so I think one day maybe they could get one.

LAKI: Hockey in Houston goes back five or six decades too. Between the WHA, IHL and AHL, did you get the sense that there were old-timers and a strong hockey history there?
DK: I mean a lot of our close fans, the fans that would always show up to team events or public outings, a lot of them had been season ticket holders for multiple decades, or started going with their family and now they’re taking their kids. Like you said, it’s a bit of a deep history. And with the sports growing in that town, I think that they could support hockey.

LAKI: What was it like playing in the Toyota Center?
DK: It was good. I mean the only problem was that obviously the NBA had priority over the AHL. But it was a beautiful arena and we got really good crowds, especially weekend games. So, I can only imagine if they got an NHL in that building.

LAKI: What would you do on an off day in Houston?
DK: I mean, it’s just like anywhere else. Usually you have all these big plans for your off days, you know go golfing or something. But, usually by the time an off day comes around you’re pretty tired, so you get a lot of rest. But, the weather was great in the winter. My apartment complex had a pool, so you could just go down to the pool and lay around there and get some sun. The weather reminded me a little bit of here, except with a lot more rain. But yeah, it’s the same as anywhere else.