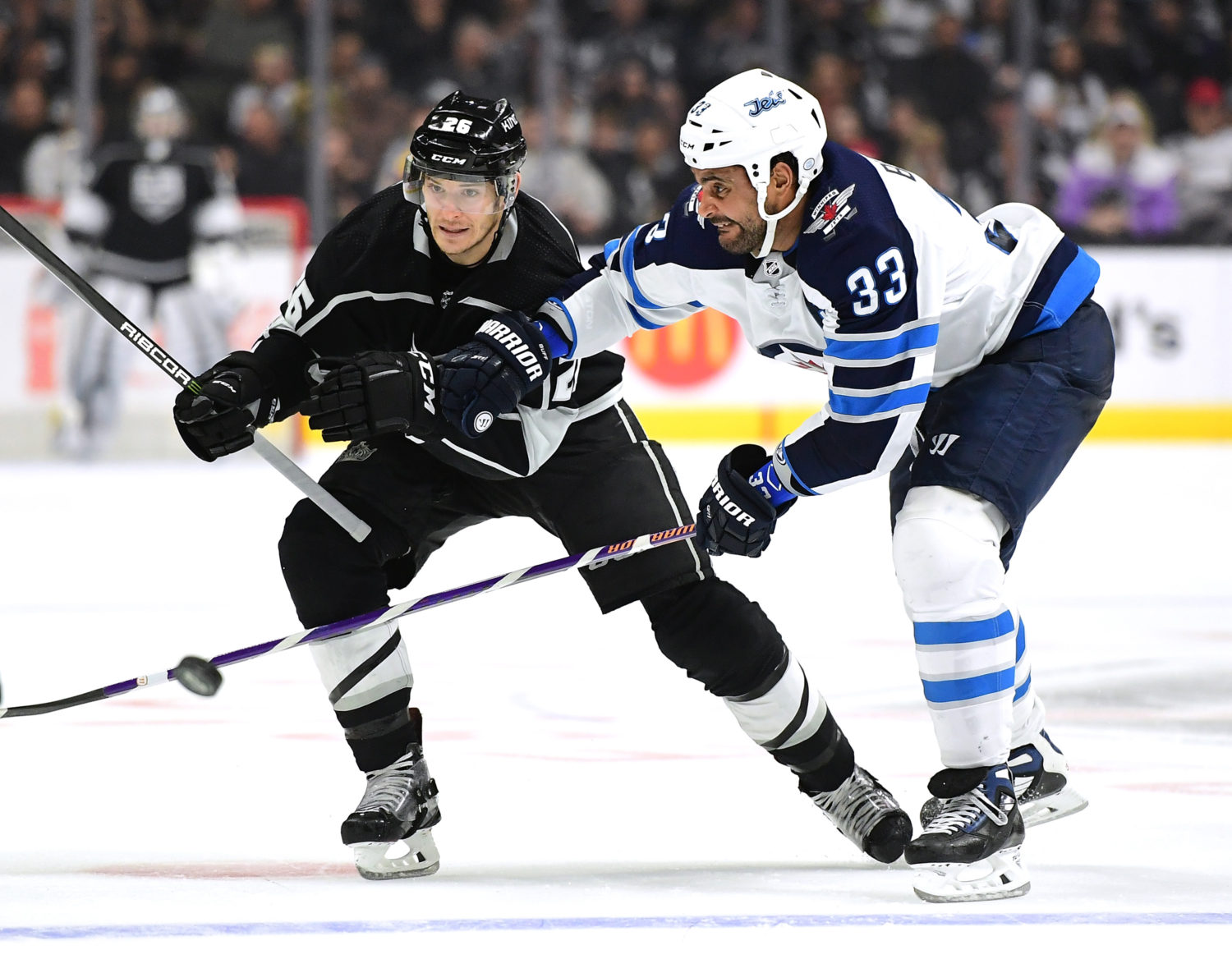 On what was missing in the loss:
Pucks in the net. Just got to bear down on our chances. We created some quality looks at the net, the power play had some really quality looks at the net. Taking a look at it, it just seems like the goalie hanging onto pucks. We could do a better job in front. There was a little short spell, it was probably the second period where I thought we were just maybe a quarter-step off there, but I thought we righted that and created some really good looks. I thought we created good looks at the net, but you’ve got to bear down to score, and you’ve got to bear down to deny opportunities. Sometimes it’s a fine line between the difference of winning and losing. That’s a good hockey team, and we’ve got to just dig down a little bit on both sides of the puck.

On whether he expects to win when holding Winnipeg to two goals:
I think to be totally honest with you, we get excited about winning 1-0 or 2-1 as we do 5-1 or 5-4. At this point in time, a win is a win. I thought the goal we gave up in the period, those are the situations that you really want to bear down on. Those are the situations where I think with just more attention to detail don’t happen. We had people in position to stop those plays, stop on a puck, win a battle, understand time on the clock. I think it makes a difference. There’s no consolation in holding that team to two goals. Right now it’s about winning hockey games.

On whether he has considered making drastic changes to the lineup, lines and pairings:
If you watched the hockey game, that was certainly done within the game. The lines we started with, I mean, they probably didn’t play more than half the game together. We’re going to try different things. Special teams have certain units that have worked. Again, I thought we created some good looks here tonight, but when things aren’t going well, either you’ve got to be better or you’ve got to be different, so we’ll look at all of them.

On whether the team is still attacking the middle of the ice:
I thought we created a lot of good looks tonight. I’ve got to go back and look at the chances, but there were a lot of power play opportunities, and not only power play, but five-on-five. We had several guys in all alone in those situations and people getting to the net, D up on the attacks, so those things are there. The bottom line is you’ve got to find ways to win hockey games. Let’s not get carried away here. We’re not going to throw all the work that’s been done out the window here. We lost a 2-1 hockey game here, and we’ve got to dig in a little bit and come up with a few more situations where we keep the chances away from our net and put the puck in their net. We had a penalty with the puck on the wall that ends up in our net, eight seconds left in the period, puck in our net. I mean, we can be better in those situations.

On whether 22 games for Alex Iafallo is too many through two months in his first year out of college:
Too many games? [Reporter: Yeah, in such a short time span.] There’s 82 games in the National Hockey League. I get tired of that argument, to be honest with you. I’ve had college players come to me and win championships who played 102, 105 games. He’s an older player coming out of college that’s finished college. He’s a well-trained individual. He’s going to get every opportunity to reload and recover. I actually thought he was one of our better players tonight. I thought he was on the puck, I thought he had great jump. If I was giving him a rating, I’d give him an A+ rating, because I thought he was excellent.

On whether he’ll continue to play Oscar Fantenberg:
We’re not making any lineup decisions right now. We’re going to get through this game, reevaluate, and get ready tomorrow and regroup.