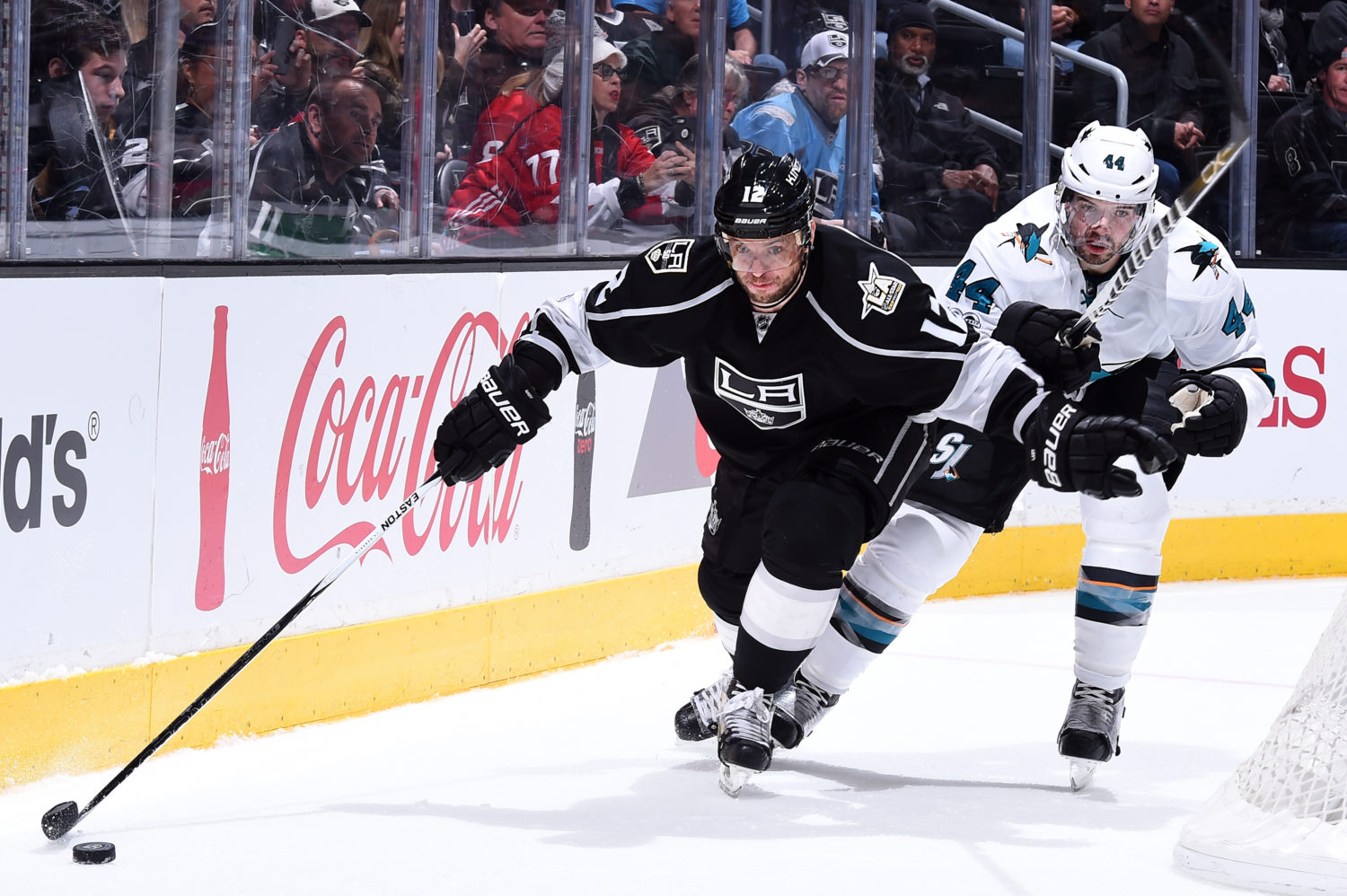 On whether the game plan versus Winnipeg is similar to that for a “wide-open” team like Vegas:
Well, I don’t know if I would say Vegas is ‘wide-open.’ They just play really fast, and I think Winnipeg’s still trying to play fast. They’ve got the big defensemen that are mobile, they’ve got a really talented group of forwards. What’s interesting with Winnipeg is that they’re one of the lowest teams in terms of the number of shots generated per game, but they’re the sixth-highest scoring team in the league, which tells you they’ve got some real opportunistic scorers on their team. You’ve got to do a really good job not just of team-wise checking them, but you’ve got to do a really good job in your fundamental, one-on-one checking.

On what sticks out about Winnipeg’s low shot totals but high shooting percentage:
I just think the quality of opportunities they create. They do a lot of stuff on the rush. They get inside and get into real quality shooting areas. They do have some high, high end shooters. They’ve got some defensemen that can get up in the rush and create fourth-man attack, which makes it tough to defend. Even though maybe the volume hasn’t been there, I’d be willing to bet the quality has, so I don’t think they’re wasting a lot of time on shots from the outside when they’ve got a chance to turn back and make a better play. They’ve got skill up and down their lineup. It almost reminds me of Toronto when they had Mitch Marner on the fourth line. Here, they’ve got Perreault on the fourth line – usually a high-end skill guy that’s a power play guy that’s playing with real working players, so you’ve got to respect all four lines.

On whether he’ll pick the “right spot” for Marian Gaborik to return:
Not really. I don’t think with any player, and certainly in Gabby’s case, he’s been out a long time, he’s had lots of work, his conditioning is good, he’s gotten into some full-contact practices now. I think the approach with Gabby is if and when he’s ready to play, he plays, and we’ll evaluate each day. If he or anybody else were banged up and needed a maintenance day they’d get it, but I’m by no means going to go into a schedule with a guy like Gabby and say, ‘we’re going to schedule this day off for you, this day off.’ I think he needs to focus on playing every day, and if it got to a point where we thought he needed a maintenance day, he’d get it, but I don’t want to get in a situation – I don’t think it’s good for him, I don’t think it’s good for us. He needs to be focused on being an every day player. [Reporter: So the schedule would be the schedule?] The schedule’s the schedule. Game day is game day, and off-day is off-day. Obviously, if it’s a guy coming back like that and you have the luxury of healthy bodies around him and you think your team’s better with somebody else going in, you’d make that decision. But when he’s healthy, I’m looking at him as an every-day player. [Reporter: So he hasn’t been fully cleared for game action yet at this point?] No. [Reporter: Was that a medical thing – him? You guys? Coaching staff?] I think it’s all encompassing. We’re continuing to integrate him into practice. He’s obviously made some good strides in the fact that he’s fully integrated, full contact, there’s no limitation in terms of what he can do, and then when they say, ‘he’s ready,’ then he’ll be considered as an option.

On whether Jussi Jokinen and Jonny Brodzinski have provided better structure to the bottom six:
I think so. I think it’s hard for a guy like Jussi coming in – new team, new environment, tough schedule. But I think you can see right away he’s a really intelligent guy. He’s a veteran guy that brings a really good, calming presence on the bench, and I mentioned it to you the other day. I think Brodz has got a step back in his game. Brodz, I think, has come back and played well. We like what he’s done. We like the fact that he wants the puck and is looking to make a play with the puck and get off the wall. It just looks like he’s got an extra step in his game and a level of confidence maybe that he didn’t have before, so I think that trip back to the minors was really good for him. I’d just like to see him sustain it here, but the first couple games, he’s been good. [Reporter: And Jokinen, he’s a guy that you can move up and down in the lineup if you want, right?] You can play him all over, yeah. I think every team, good teams have utility guys. Lewie’s been that guy for us. But I think Jussi, I think he can play up and down your lineup. I think he can play in special teams. Depending on what’s going, I think he can play left, right or center. [Reporter: You had him on the first power play unit, too. That’s another toodle in the box.] Yeah, I mean, it’s just something we’re going to look at. He’s played there lots before. I think he’s a smart guy. He can move around in the middle of the box there as a shooter and as a support option. We’ve tried lots of guys there. Ty’s been in there. Ty and Tanner have been pretty good on the other unit. They’re on the same line, which helps so you don’t have a tired guy on the ice. But he’s got lots of experience in that position, so there’s no reason why he can’t have success there.