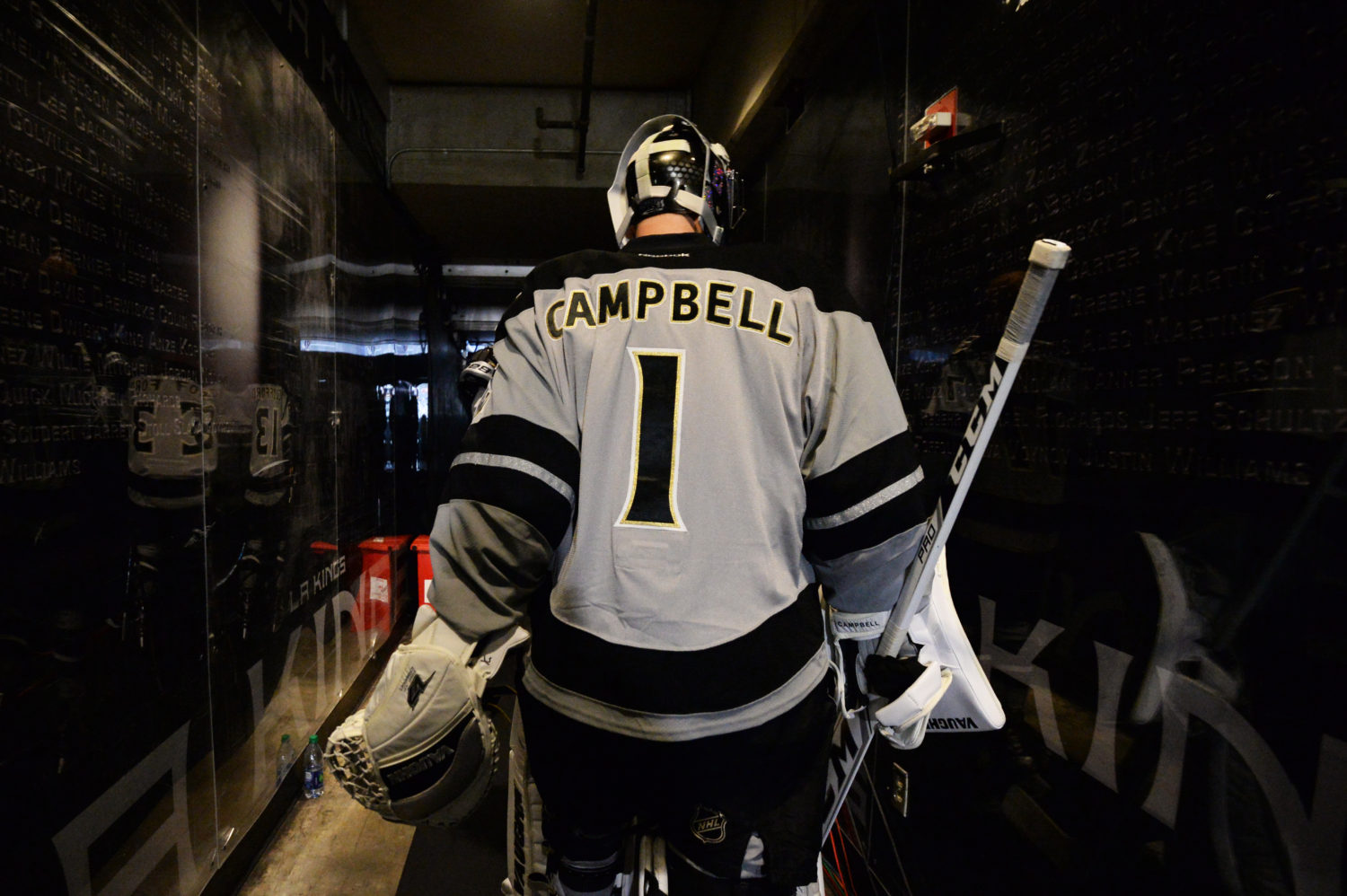 The Los Angeles Kings announced shortly before their game against the Winnipeg Jets on Wednesday that they re-signed goaltender Jack Campbell for two years with an average annual value of $675,000 per season.

The first year of the contract is a two-way deal; the second year is a one-way deal.

“It wasn’t much to negotiate. My agent called me earlier in the week and he told me that they were interested in extending my deal for two years, and instantly, I was like, ‘let’s do it,’ so I’m just honored and really grateful to be here,” Campbell told Ontario Reign Insider Joey Zakrzewski following Ontario’s 3-1 win over Stockton Wednesday night at Citizens Business Bank Arena. “I’ve enjoyed last season and this season, and I love the guys here and I love the guys up top. I just want to work to hopefully make that roster some day, but it’s just great to have the opportunity to stick around for a couple more years.”

Campbell, who stopped 28 of 29 shots in the win, has a .945 save percentage in his last five games while improving his record to 3-4-1 with a 2.41 goals-against average and a .921 save percentage. Reign goalies have kept their team in games as the offense has picked up the slack after an early season slump, helping to improve Ontario’s record to 6-7-1 after the club opened the season with six consecutive regulation losses. Cal Petersen enters this weekend’s action with a 3-3-0 record, a 1.62 goals-against average and a .939 save percentage.

The team is enthusiastic about the options it has at the AHL level of a rebuilt goaltending chain. Jonathan Quick and Darcy Kuemper have combined to lead Los Angeles to the best team save percentage in the NHL, while Campbell and Petersen have represented the multi-year effort to add depth to a chain that had been depleted by defections (Martin Jones’ trade and J-F Berube’s waiver claim), injury (former prospect Alec Dillon’s multiple hip surgeries) and player conduct (Patrik Bartosak’s removal from the team pipeline). Though Petersen is the highly touted prospect and nearly three years Campbell’s junior, the club retains two appealing options just below the NHL, and to this point the platoon has served both goalies well. There’s also the threat that another team could claim Campbell should the Kings decide to place him on waivers again – he cleared after each of the last two training camps – but the presence of the second year of the contract should discourage would-be poachers some 10 and a half months from now.

Selected 11th overall by Dallas in the 2010 NHL Draft, the Port Huron, Mich. native has appeared in 183 regular-season AHL games, posting a 90-62-17 record. Acquired from Dallas in exchange for defenseman Nick Ebert on June 25, 2016, Campbell has played in two career NHL games, including one NHL start with Dallas on Oct. 20, 2013 at ANA. Last season he posted career-highs in all major categories with the Reign, going 31-15-6 with a .914 save percentage, a 2.52 goals-against average and five shutouts. Among AHL goaltenders, he ranked first in wins, second in minutes played (3,072), tied for second in shutouts and fourth in saves (1,365). He made one appearance for the Kings, coming into the game in relief and stopping all five shots he faced in 20 minutes of action during a 4-0 loss to Anaheim on November 1, 2016.

“I’m happy for him. It’s well deserved. He’s a great kid, and he’s worked hard,” Ontario Head Coach Mike Stothers told Zakrzewski. “He’s played extremely well for us, and you know what? To be a part of the Kings organization is a real privilege and it’s an honor, so I’m sure Soupy is just as happy as anybody.”