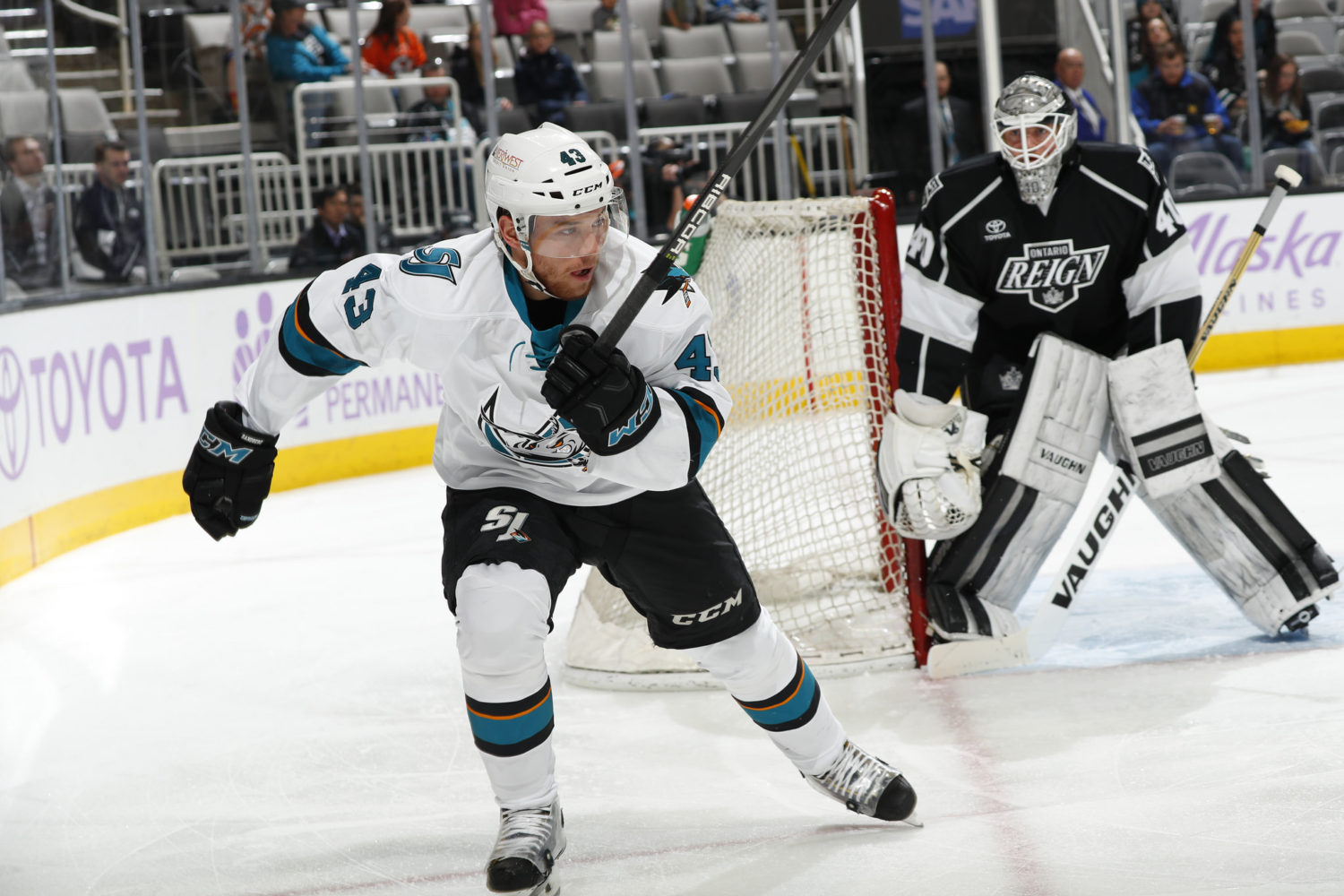 – San Jose’s Jon Martin makes it 1-1 moments later, snapping a shot under the glove of Reign keeper Cal Petersen from the bottom of the left-wing circle at 7:20.

– After firing 15 shots on goal in the first period, the Barracuda hold the Reign to five shots in the second period, but the score remains 1-1.

– Forward Michael Mersch regains the lead for the Reign with a deflection power-play goal 1:33 into the third period. Defensemen Kevin Gravel and Paul LaDue add assists.

– Luff adds to the Reign advantage with his second goal of the game at 12:10 of the third period. LaDue and forward T.J. Hensick add assists.

– Forward Andrew Crescenzi, who returned to the Reign from the Kings this morning, sealed the victory with an empty-goal at 17:30 from Gravel.

Join the Reign as they host the Stockton Heat on Wednesday, November 22 a Citizens Business Bank Arena at 7:00. Celebrate San Antonio Regional Hospital Blanket Night (first 5,000 fans)! For Reign season tickets, along with information on other ticket plans and group packages, call 909-941-PUCK (7825) and visit OntarioReign.com!