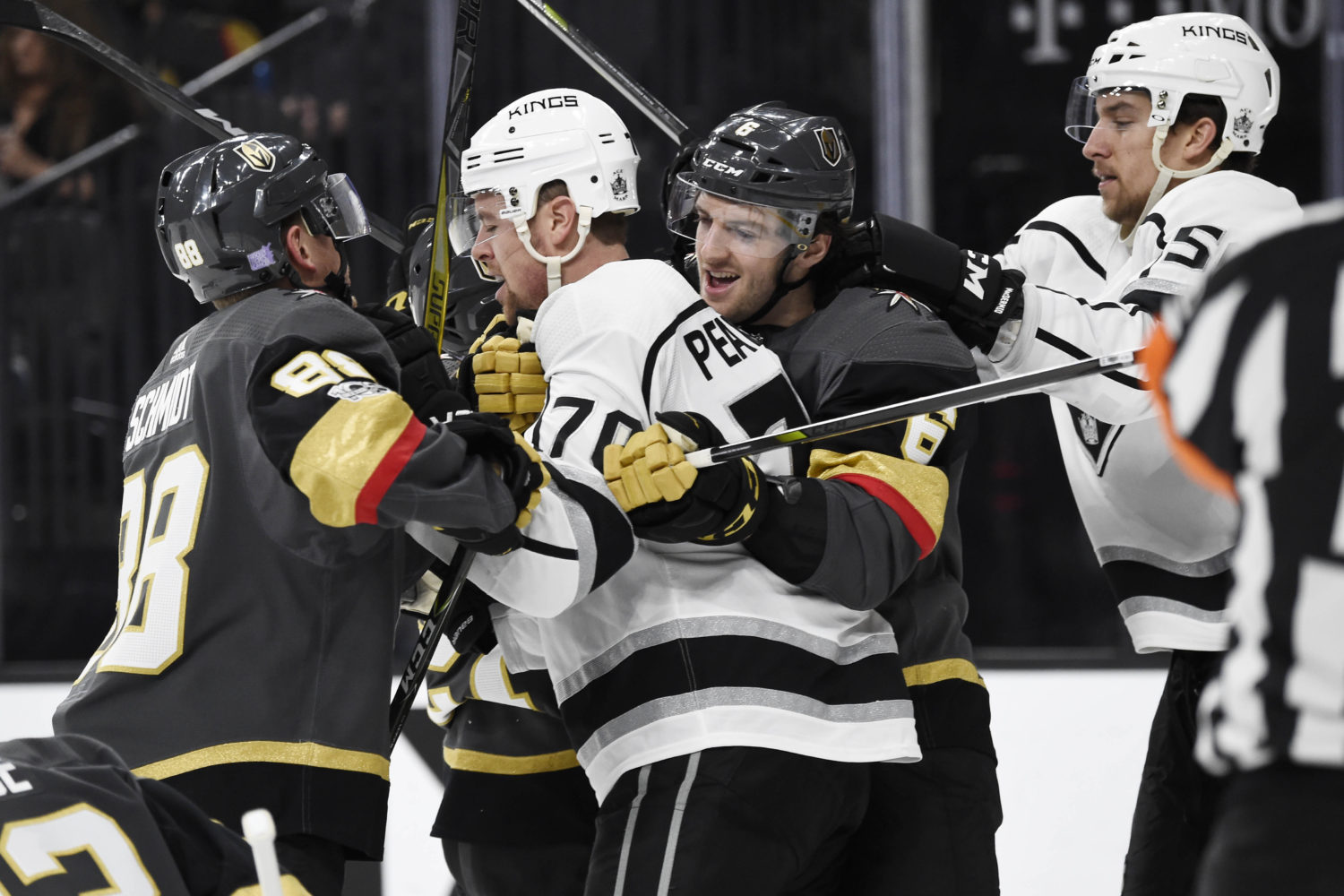 Jonathan Quick, on whether the Golden Knights strong start came as a surprise:
No, no surprise.

Quick, on what the team needs to build on going forward:
Just want to try to win the next game and go from there.

Quick, on whether there’s a budding rivalry with Las Vegas:
No, none. Not yet.

Quick, on what he saw from the Golden Knights as a division rival:
Yeah, divisional game. They’re a great team, top-to-bottom. They’re a deep team, they roll all four lines, and they play hard.

Quick, on having previously done well on the second half of back-to-backs:
We lost the game. We’ve got another one in a couple days. We’re getting ready for that.

Trevor Lewis, on the first period:
Yeah I mean, Jonny (John Stevens) said they were going to come out hard like they’ve been doing all year. Obviously we weren’t prepared enough. So we just couldn’t, now we know. I mean we battled back, like I said, I think the first period killed us.

Tanner Pearson, on Las Vegas’ three unanswered goals in the first period:
We got to step up and do ours and help him (Quick) out.

Pearson, on coming back and chipping away throughout the rest of the game:
Yeah, I think we’ve done a good job of that, of battling back when we have been down. The past couple times we have been down and haven’t been able to get there so I think us staying in the game right from the drop of the puck is a key thing right now.

Pearson, on whether Golden Knights’ success so far this season has been surprising:
No I think it’s obviously—they picked a guy from every team and I bet they probably had a game plan going into it for sure at the end of the draft. You know, they made up a good team.

Pearson, on the challenges presented in the first period:
I think they come up pretty strong and they’re strong on the forecheck. They create a lot from their forecheck and turn the pucks over and put it right to the net and we got behind the eight ball and weren’t able to battle back.

Pearson, on what’s been missing since the first three weeks of the season:
I think puck management is there right now. I think when we were early in the season we were pretty dominant, but in the past six games we’ve kind of slipped away from that. But I think everyone knows what we did and we’ve just got to get back on track here.