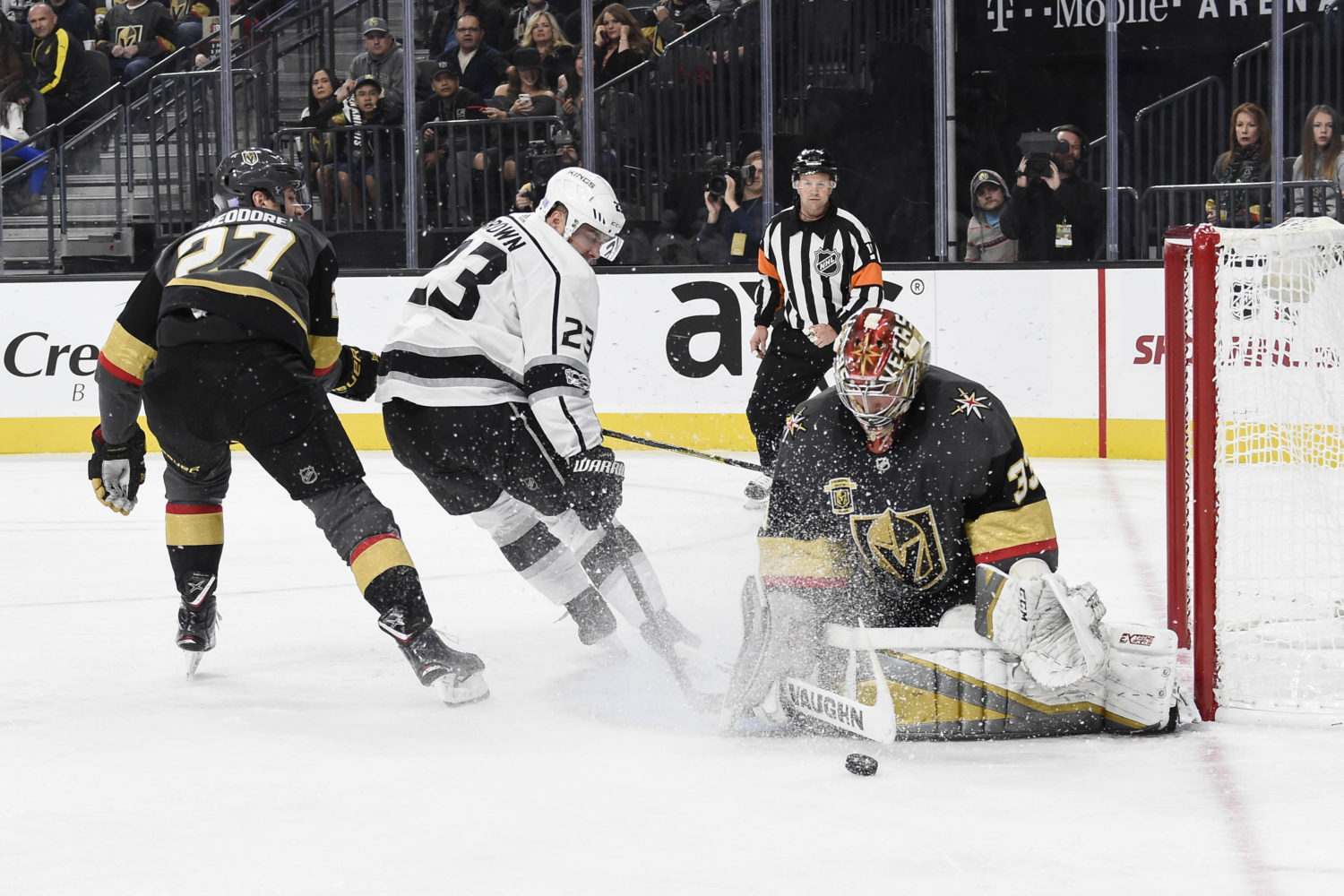 On Vegas’ strong start in the game:
Don’t be surprised. Expect it. The team reminds me a little bit of Winnipeg when they got started in their own building. The crowd’s into it, they’re into it, they come out and they really buzz you hard in the first five, eight minutes, and I think we witnessed that tonight.

On what he would like to reinforce during the five-game stretch that began today:
Nothing’s changed. We want to be better defensively. We want to really get better in all three zones. Special teams needs to get better. I mean, our last segment wasn;’t very good. Didn’t score enough, gave up too much, so there’s lots of work to do.

On the first period balance between a poor team effort and a tough start by Jonathan Quick:
Well, it’s the obvious. Those are pucks he’d love to have back. But it’s a team game. Jonny’s bailed us out many a nights. That’s certainly not the start we wanted. You dig a hole on the road against any team, especially in here, it’s tough to come back, but I thought the guys did. I thought they’d dig in, I thought they got going, I thought we climbed back in the game. We had some chances there. It’s the end of a tough week. The schedule was tough this week. That was probably the worst-case scenario for that start for us, because it was the end of the week, and if we just got through the first 10 minutes, I thought we’d be in pretty good shape. I think the guys battled hard at the end of a hard week, but it’s a big hole to come out of.

On whether it felt like a division game:
It does. It does. They play hard, they a play fast game, their crowd’s into it. They were a really good addition that I think’s going to be [inaudible] in the division.