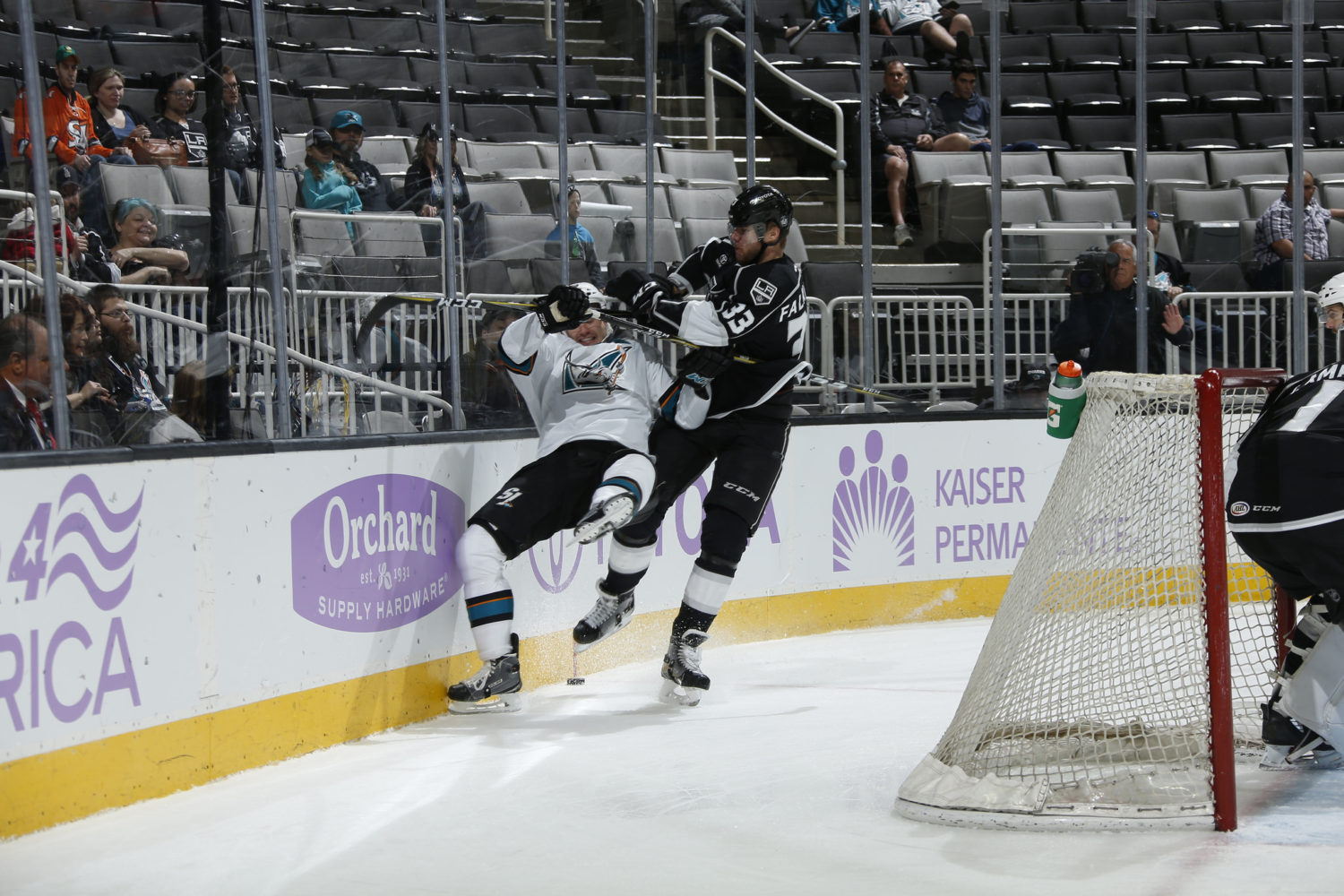 The Ontario Reign saw their season-high five game point streak come to a close Saturday afternoon with a 1-0 loss to the San Jose Barracuda at SAP Center in San Jose.

Both teams fired 31 shots on goal, and both goaltenders, Jack Campbell for the Reign and Antoine Bibeau for San Jose, provided timely saves, but the Reign struggled to generate scoring chances in key moments.

Head Coach Mike Stothers along with forward Michael Mersch and defenseman Sean Walker expressed their disappointments following the contest. The two sides rematch tomorrow at 3:00 p.m. at SAP Center. The eight-game season series is now tied at a game apiece.