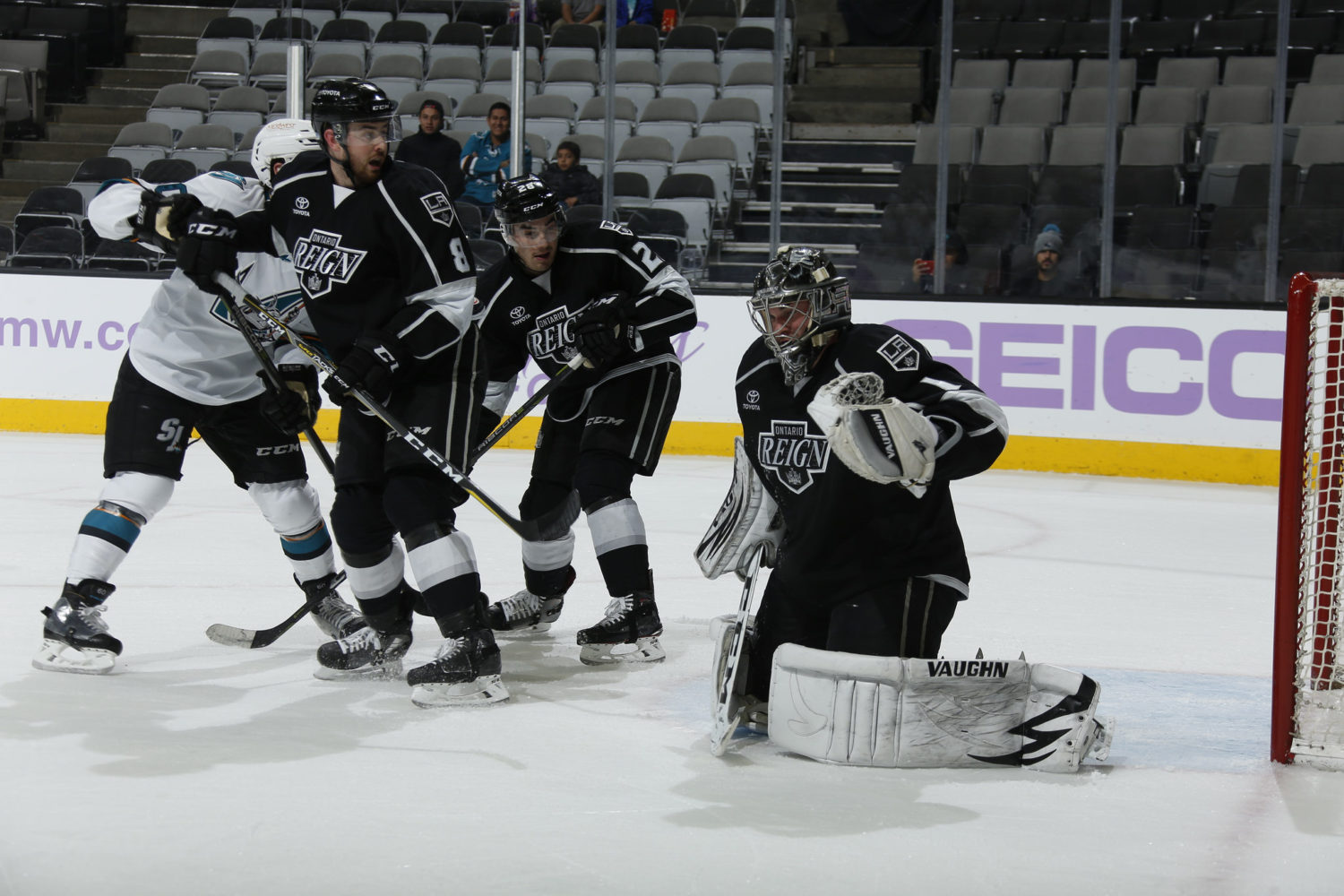 – Barracuda defenseman Jeremy Roy opened the scoring early in the second period with his first professional goal at 2:16. Roy’s drive from the right point slipped between the legs of Reign goalie Jack Campbell.

The Reign wrap up a three-game road trip tomorrow, Sunday, November 19 at 3:00 p.m. against the San Jose Barracuda at SAP Center. Watch the Reign Pregame Show and tune in to the action at Facebook.com/OntarioReign!

Join the Reign as they host the Stockton Heat on Wednesday, November 22 a Citizens Business Bank Arena at 7:00. Celebrate San Antonio Regional Hospital Blanket Night (first 5,000 fans)! For Reign season tickets, along with information on other ticket plans and group packages, call 909-941-PUCK (7825) and visit OntarioReign.com!