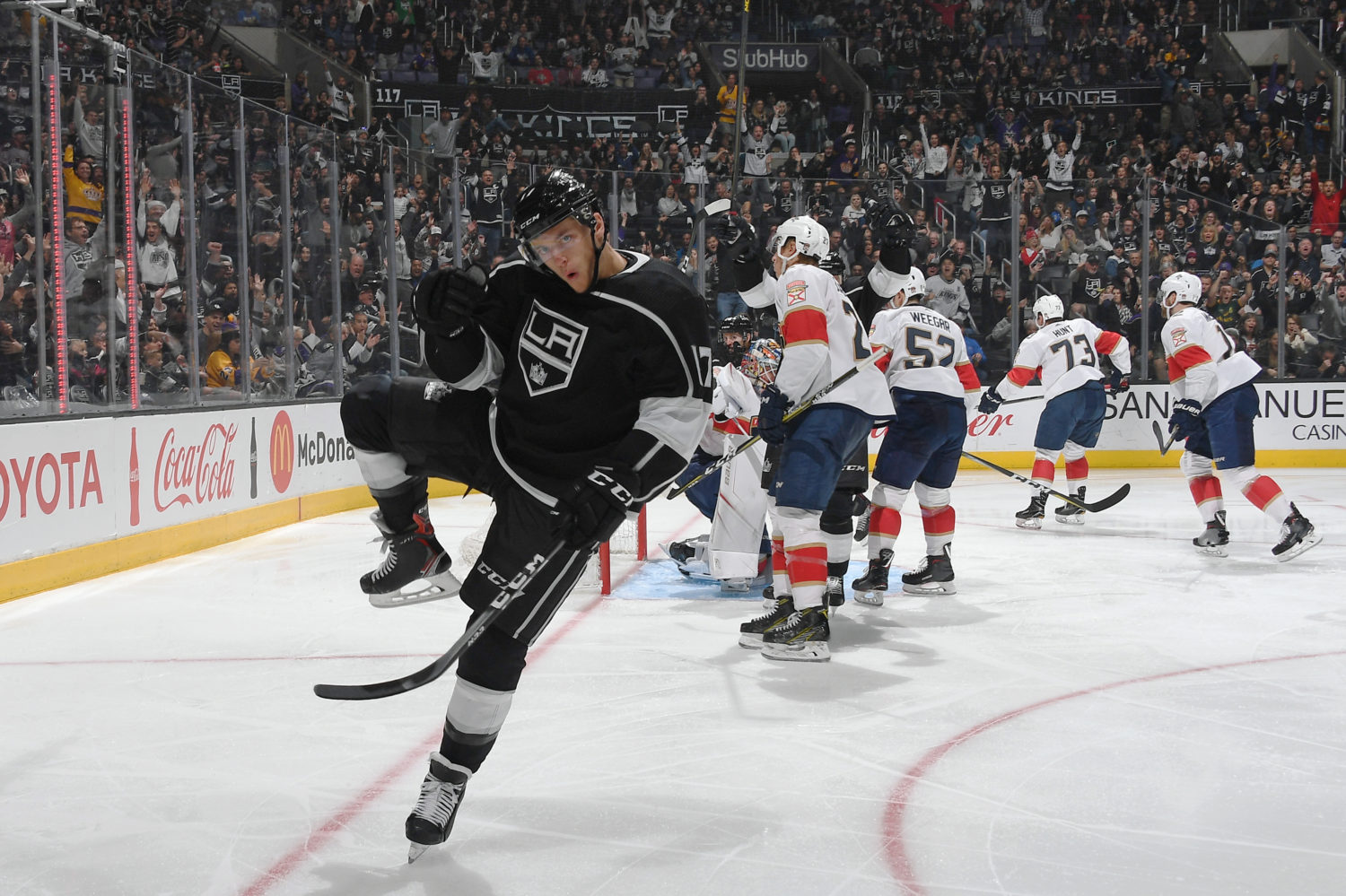 Darcy Kuemper, on the win:
You know I think a game like that is good for us. Keeps us on the toes and we’re looking for that full 60 effort. It really made us produce that in order to get the win. I thought they did a great job. There was no nervousness or hesitation with the puck. Everyone was very precise with their decisions and we got rewarded for it.

Kuemper, on his back-to-back saves against Barkov and Dadonov in the first period:
You know, he kind of had a sneaky shot against the grain on the first one so I just tried to get as much of my body back over across to where the rebound went. And was fortunate to get a pad on it and whoever got the puck did a great job of clearing it from the front before they could get another one.

Keumper, on getting into a rhythm after the first period:
Its fun. You know, the guys were doing a great job early. We weren’t getting a lot of offensive zone time but I was able to see all the pucks and we were competing in the d-zone. And when we’re doing that it allows us, me and Quickie back there, to get into a rhythm and just kind of get settled in there and just worry about making the first save.

Kuemper, on whether his last shutout was against Florida:
I’m not too sure when it was, but it’s always exciting to get those. You know, it takes a full team effort in order to get one because they’re doing a lot of good things in front of me in order to give me a chance. But very exciting and I’m really happy with the result.

Kuemper, on whether the team needed a win:
We want to win every game but definitely when you had a case of the skids, you want to kick it in the butt as quick as you can. And ending it is obviously a huge step for us and now we’ve just got to get back to playing our game and keep working on getting as many pucks as we can.

Kuemper, on playing well at home:
I guess, you were talking about getting into a rhythm, I guess you kind of get a bit of a comfort with certain buildings and a comfort level where you’ve had some past good experiences that kind of get brought up every time you’re out there and just kind of gives you good vibes and allows you to just settle down and play. Definitely enjoy playing here.

Jonny Brodzinski, on how it felt getting his first NHL goal:
It was a great feeling. You know I get in a few shots every game and you know, not a lot of grade As, but finally found a bit of area there in the slot and got one away. So it feels great.

Brodzinski, on his read on the play that created an opportunity for him to score:
Actually we were going over it in film and just on their pre-scout was that they go man-on-man in zone, so just of ship that first guy and you know created a lot of ice for me to just kind of skate the puck in. Just good pre-scout by the coaches.

Brodzinski, on what the Kings did well to create a solid 60-minute effort:
I think we just stayed on top of them. Neutral zone and on the forecheck we had good reload from our third guy. I felt overall, throughout the whole game—maybe not in the first period as much, they had a lot more shots than us, but I think it didn’t really relate to how the game was playing.

Brodzinski, on Keumper’s “lights out” performance and having confidence in their goaltender:
Yeah, it’s nice when you look up at the scoreboard and you’re down that many in shots and it’s a zero-zero game and it gives you a little bit of life on the bench. And you know we popped that first one and I think we just kept rolling from there.

Brodzinski, on playing with more confidence:
Yeah, I mean obviously a kick in the butt getting sent down to Ontario and coming back up here with some confidence and you know just a little bit more patient with the puck and you know, just trying to play my game.

Brodzinski, on getting a backhand goal:
Yeah, you know it’s not how I expected my first one to go in but you know, I’ll take it.

Brodzinski, on how he imagined his first NHL goal:
I’ve been imagining it in my mind for quite some time. But I just always thought it was going to be a forehand shot, but you bring it to the backhand. Pre-scout too, Billy told us that just off his elbows was going to be a good shot against him because he kind of just shrugs a little bit and you know I just tried to get it upstairs. I think it was rolling on me, but just put the puck towards the net.