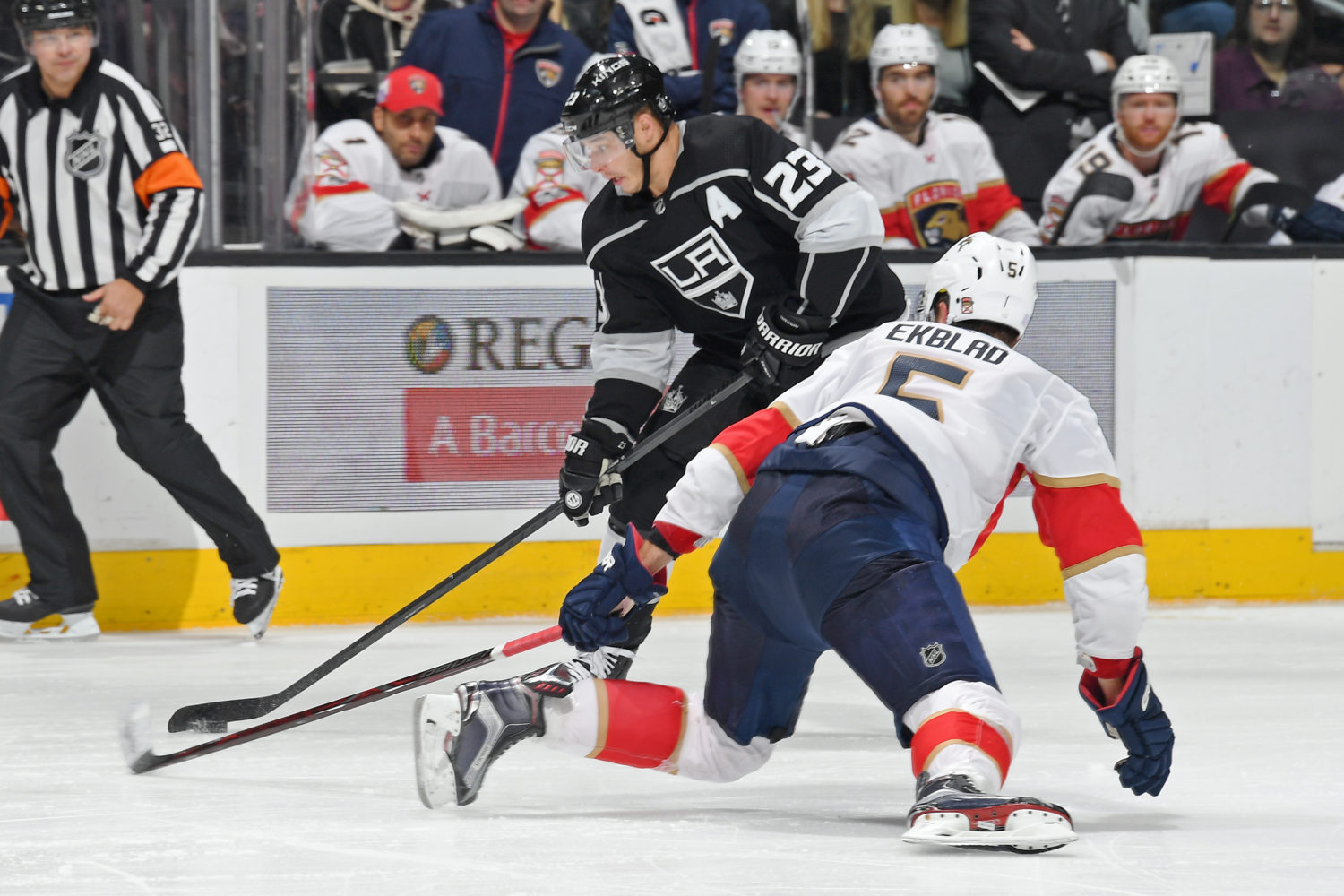 On the win:
I had a good feeling at the end of the game that we had contributions from everybody who dressed tonight. Got a really strong performance from Darcy in the net, especially early when they had some good chances early. Jeez, he looked like he was really dialed in. We were able to get six defensemen playing regularly and we got contributions from all four lines, and I think quite honestly, it’s the way we need to play, especially in a situation where you’re playing the schedule we are right now. So, a big game tomorrow in Vegas, obviously. I thought that was really good to see. I thought all four lines gave us all really good, solid minutes.

On Jonny Brodzinski’s goal, and the impact rookies have had in scoring:
Well, it just tells you the amount of young people we’ve had in the lineup, which is exciting to see. But Jonny, to his credit, we use Tyler and Tanner as an example. They came and did some good things, but their games never seemed to take a step forward until they got back to the minors, and he went back and really seemed to get his game in order and really started to play with the pace that he can play with, and what we’ve seen now when he’s come back he’s a lot more confident young man. You do the work, you do the preparation, it seems like confidence comes with it. That was a big time play he made tonight, but it was kind of what we thought Jonny was capable of, so it’s good to see. [Reporter: When you guys sent Jonny down after the start of the season, what did you tell him before he left?] I think anybody watching Jonny play would say that we’re excited at what his potential is, but he was a little bit hesitant as a player. He wasn’t doing the things here that we’d seen him do in the minors, and that’s not uncommon. You see defensemen come up, and they’re almost thinking about not making a mistake, and to his credit, he was trying to responsible, but we want him playing his game – being good on the wall, getting in on the forecheck, all those things. He went down and Mike Stothers was really pushing the issue with him about playing fast and doing the things that would make him a good player. There is a step that has to be taken for a young player to be able to be the same player here that he is there, and we certainly saw that in his game tonight.

On whether Darcy Kuemper’s success against L.A. and at Staples Center influenced his signing:
I don’t think it had anything to do with the head-to-head match-ups. I think Billy would’ve had a long look at him, and our organization and staff would’ve had a long look at him. We liked his size. We heard really good things about his personality, and Billy is really good at seeing a goalie and [saying], ‘Jeez, I really like what there is there to work with’ from a skill set and from a personality perspective. Darcy’s worked really hard to be ready when we’ve asked him to play and he’s really played well for us, but I think it was much beyond the head-to-head match-ups with him. [Reporter: How much did he help you get through that first period?] I thought we played hard. I thought we probably didn’t get as many pucks to the net as we wanted to, and that’s a good hockey team over there. Boy, they’ve got some exciting young players over there and they play fast, and we needed a strong performance from our goalie. I think we’ve seen that against us lately. Goalies have come in here and played really well, and Darcy, to his credit, he has to be ready at practices or games for him to get his game ready, and he came in ready tonight.

On whether he saw “urgency” and “desperation” that wasn’t there before:
I wouldn’t say our urgency wasn’t there. I mean, our guys play hard. I don’t think you can ever discredit the guys, how they want to play. There might be some nights where individuals aren’t up to par, and that’s our job and their job to address that. But I thought the team emptied the tank tonight in the way we like to see them empty the tank. I thought it was a solid effort.

On Vegas’ strong start, and their play at home:
They’ve been impressive. We played ‘em in preseason, we watched them quite a bit. I think they’ve done a terrific job from the start ‘til now with the organization in building an identity, building excitement around that team. Their coaching staff’s doing a terrific job, and they play fast. They play fast with the puck, they play fast without the puck, and their work ethic is exceptional. It’ll be a good divisional match-up.

On whether the team will have a curfew in Las Vegas:
You know what? I think there’s a lot of times to go to Vegas for things other than hockey than when we go in there as a hockey team. I think from the outside it might look like that’s an issue. I think the fact that you’re going in there and playing a big division game, I think what goes on outside the rink there I think is a non-issue.