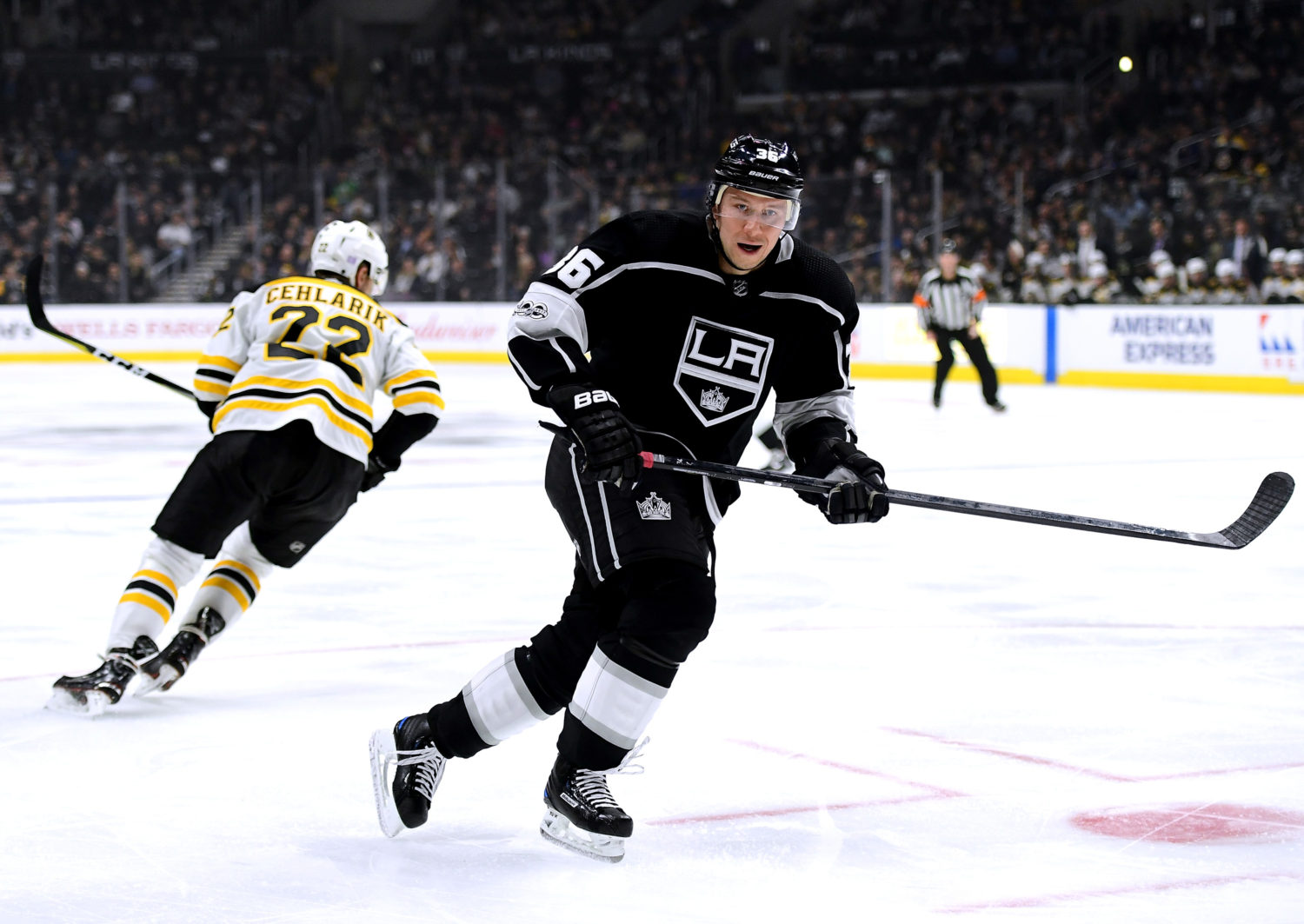 Jake Muzzin, on whether the team competed well with good physicality but struggled to execute:
I definitely think we’re physical and the compete was there, but I think we’ve got to work a little smarter. There are certain times where we’re not checking the right way or not being as efficient with the puck as we should.

Muzzin, on whether the challenges on Thursday were similar to those in recent games:
I mean, one game we get blown out. We gave up two leads. We don’t score enough tonight. It all starts with checking and competing. We’ve had good starts. We’ve let ‘em slip. We’ve started poorly and battled back. I think the big focus for us is to come out with that urgency and that desperation for a full 60. There are times where we control the game and take over, and a mental error here and there and we give up a goal, so we’ve got to be sharp for 60.

Muzzin, on how to work the kinks out of the team’s game:
I think the importance of every shift and every puck battle. We get a lead, we can’t start trying to do too much or trying to be fancy. We’ve got to stick with our program, our process that we have set and we need that for a full 60. We can’t be on and off. [Reporter: Were you close to that program in the third period?] Yeah, we were buzzing a little bit. Creating opportunities, we had guys going to the net. Pucks getting there. We’ve just got to capitalize on those opportunities.

Muzzin, on whether he was happy with the defensive performance:
Like I was talking about, we’ve got to execute better. We got chances to score, we don’t score. We can be a little cleaner coming through the neutral zone, give our rush game a little bit more opportunity. That’s about it.

Jokinen, on his penalty in the final two minutes:
Yeah, that’s one of the plays I need to execute better. Our D made a good play to me in the middle, but I just kind of overhandled the puck. I needed to get a shot or get it deep and we’ve got to be better, myself included.

Jokinen, on whether he’s here to provide a “jolt” to the team:
Yeah, I think so. I think I can help the team and just play my game, and there’s a great group of guys who care, who have really good leaders, so practice tomorrow, and we’ve lost four in a row, so we’ve got to find a way to win a game on Saturday.

Jokinen, on where things went wrong on Thursday:
It’s just little things. Every game is so close in this league. One-goal games. I think every play matters, so we have to just find a way to earn those bounces to go our way.